Anyone that regularly uses more than one personal device on a daily basis knows just how inconvenient it can be to have to carry multiple battery chargers with you just to be able to recharge the battery on your devices. That’s because, normally, each USB-enabled device is charged by their own separate proprietary USB adapter. However, by having a Universal USB PD (Power Delivery) Adapter with you, you can easily fix that problem, as you can simply use one of these universal USB adapters to recharge the battery of all of your USB devices. This brings us to the Ampere 65W USB-C GaN PD Adapter.

In fact, this sleek USB-C GaN PD Travel Adapter is so powerful that it can even be used to charge a MacBook Pro. Not only that, but its ultra-compact size also makes it a great Universal USB PD Adapter to have with you at any time you’re traveling, ultimately enabling you to quickly recharge the battery on any of your devices while you’re on-the-go.

Now, without further ado, let’s have a more detailed look at the Ampere 65W USB-C GaN PD Adapter and check out everything that this awesome USB-C GaN PD Travel Adapter has to offer you.

I’d like to point out that the unit’s ultra-compact size is all thanks to its GaN (Gallium nitride) Technology. Basically, instead of coming equipped with a standard silicone chipset for its power delivery capabilities (to recharge any USB-enabled device), this USB-C GaN PD Travel Adapter integrates gallium nitride, which is a special semiconductor material that’s around 50% smaller than the power-conduction materials used in standard USB-C PD Adapters. 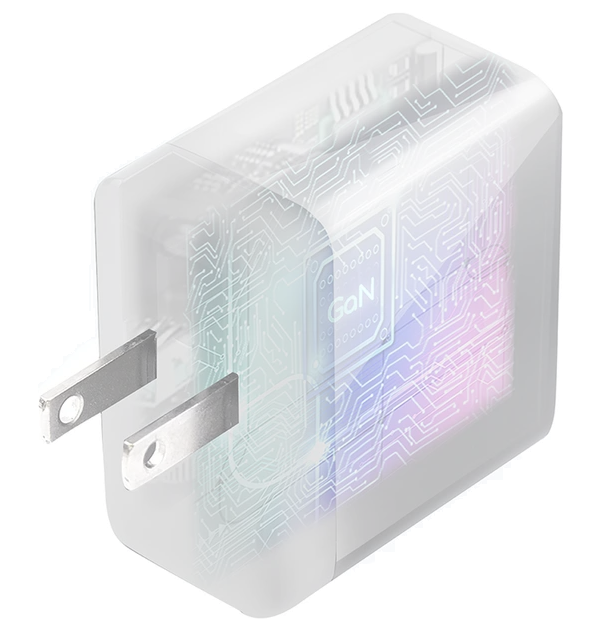 Now, not only does this GaN (gallium nitride) semiconductor makes the Ampere 65W USB-C GaN PD Adapter much smaller than many other USB-C PD Adapters on the market (including Apple’s MacBook 60W Adapter), but it also gives it much faster and more powerful power delivery specs, making it up to x2.5 times more power efficient when it comes to transferring current and conserving energy. 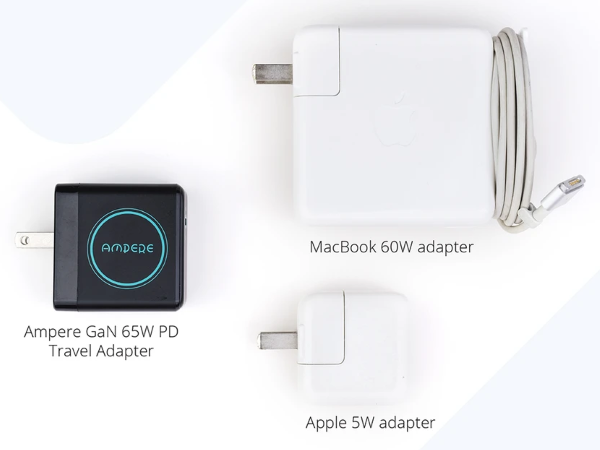 That ultimately makes the PowerArc ArcStation a much more efficient charging solution than any USB-C PD Adapters that utilize those standard silicone chipsets as their semiconductors. 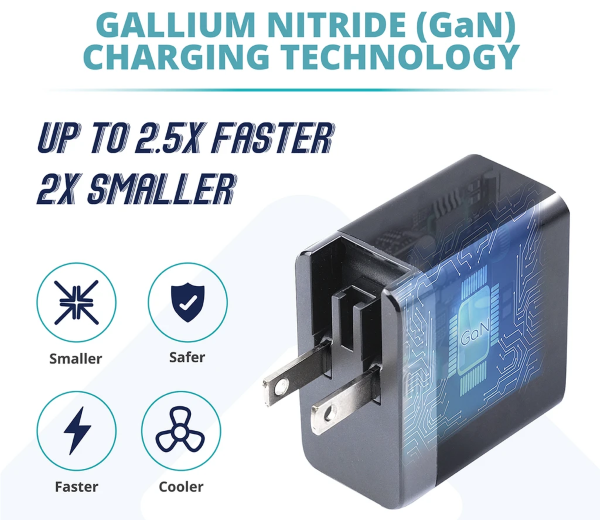 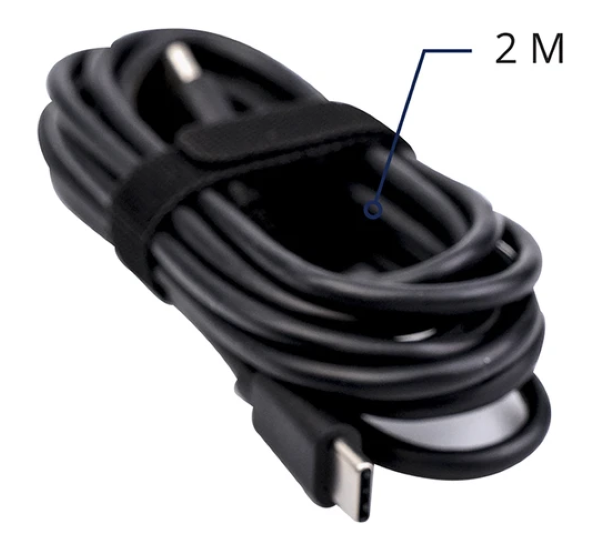 Best of all, the adapter’s Gallium Nitride semiconductor material also allows the adapter to power devices that can operate at different voltages, thus allowing the unit to switch its power frequency (allowing it to operate either at 5V=3A, at 9V=3A, at 12V=3A, at 15V=3A, or at 20V=3.25A), which ultimately results in more efficient power-delivery / power-charging capabilities.

Regarding the adapter’s compatibility, this 65W USB-C GaN PD Adapter can be used with just about any USB-C-enabled devices, which not only includes many laptops (such as the MacBook Air and MacBook Pro), but also includes most recently released Smartphones, as well as the iPad Pro and even the Nintendo Switch. 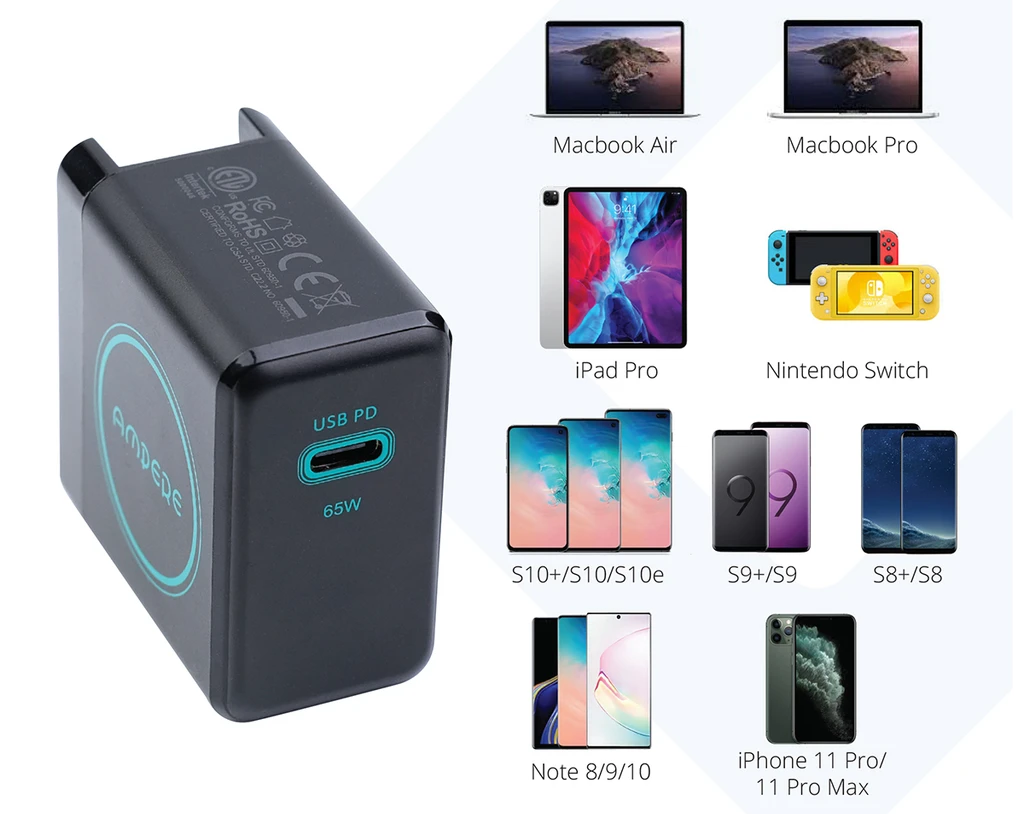 With it, you can have an ultra-portable Universal USB PD Adapter with you while you’re on-the-go that ultimately allows you to quickly recharge the battery on just about any USB-C-enabled device that you can think of.

If you’re interested in buying it, each unit is currently going for just $79.95. You can order yours online right now, directly from Ampere’s official shopping page. Alternatively, you can also pick it up from Amazon, if you prefer.