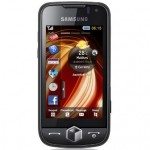 Samsung announces the upcoming launch (sometime the first half of next year) of its own Linux-based mobile OS, “Bada”, designed to be used by its range of smartphones. Samsung is hoping that its Linux-based OS will be able to compete against Google’s Android.

The Samsung Bada platform will be completely open, and it will be similar to Nokia’s Maemo and the Linux Mobile Limo Project. Samsung may do well with the platform if they get it right, and mobile phone operators will be able to customize it to their network.  Samsung will also launch an application platform like the Apple iPhone or Google Android, where developers will be able to sell their applications.

The name ‘bada’, which means ‘ocean’ in Korean, was chosen to convey the limitless variety of potential applications which can be created using the new platform. Samsung bada is also simple for developers to use, meaning it’s one of the most developer-friendly environments available, particularly in the area of applications using Web services. Lastly, bada’s ground-breaking User Interface (UI) can be transferred into a sophisticated and attractive UI design for developers.

Dr Hosoo Lee, Executive Vice President and Head of Media Solution Center at Samsung Electronics said, “By opening Samsung’s mobile platforms we will be able to provide rich mobile experiences on an increasing number of accessible smartphones.” He added, “bada will be Samsung’s landmark, iconic new platform that brings an unprecedented opportunity for operators, developers and Samsung mobile phone users around the world.”

The official Bada website is now available, and will feature a range of information on bada including updates on product launches, features, and event notices. Samsung will also host an official launch event for bada in London, UK in December and will also unveil its bada software development kit (SDK) to developers for the first time on this date.

It will be interesting to see what the Samsung Bada OS is like, and also what new smartphones Samsung will launch to complement it.  Samsung is investing a lot into this new OS. Historically, their handset offering was great, then good, then kind of fell by the wayside.  Bada hopes to pump some new life into Samsung, and compete again in the broad and profitable mobile industry.

Rumors are starting to circulate about the next iteration of Windows, Windows 8. The information so far comes from a number of leaked slides that...
Read more
Car Gadget

California-based Zero Motorcycles just introduced its newest electric bike, the SR/F. It’s the company’s most advanced bike in its 13-year history, with a colorful...
Read more