For sports professionals, equipment is becoming “THE” key ingredient to success. Pros rely on cutting-edge technology to boost their performance through advancements in equipment. 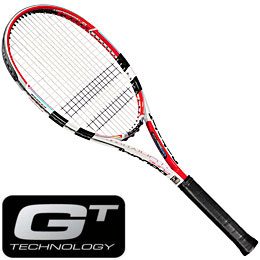 Tennis, the so-called “sissy” sport, is no different.  Today’s, tennis athletes are perhaps the most conditioned athletes around, (have you seen Rafael Nadal and his “gun show”?), and they are extremely picky about their equipment.  A few racket manufacturers have taken heed to developing rackets and equipment to act as almost an extension of the body, while engineering them so they help world-class athletes become even better.

Babolat is probably the leader in the tennis world in this effort, and they’ve developed a technology called “GT”, which many of the top tennis players are using in the Babolat Pure Drive and Pure Storm Series of rackets.

GT technology is a customized performance booster with a hybrid material that combines braided carbon fibers and tungsten filaments, which is integrated throughout the entire racquet. This improves the racquet’s overall construction and strengthens the frame to reduce torque for more precision. Adding tungsten also provides 10% additional energy recovery for even more power. This is all done without altering the racquet’s feel. GT Technology can be found in all new Pure Storm and Pure Drive models.

Adding the GT Technology to the Pure Storm gives the racquets more responsiveness, power and 100% more energy restitution. This comes from the tungsten in the yoke. Control, stiffness and feel remain the same from the distribution of carbon and tungsten. The Pure Storm racquets also include Babolat’s Woofer System, the first technology on the market linking the frame and strings to provide more control and feel. 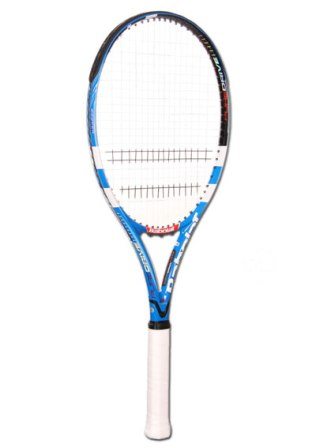 The Pure Drive Racket, the one Andy Roddick uses, has also been enhanced with Babolat’s GT technology with Graphite Tungsten, bringing more power and maneuverability to the swing. The Pure Drive has enjoyed success on the courts as well as commercial success with close to 1.5 million units sold in more than 120 countries since its debut. Number one in sales for tennis specialty stores in the US, the Pure Drive has been named the “Racquet of the Decade” by TENNIS magazine.
“Tungsten’s robust, physical properties make it ideal for use in industries like sporting goods and even aerospace,” said Folco Canonico, International Product Group Manager. “In the new Pure Drive and new Pure Storm, Tungsten is combined with layers of graphite resulting in improved frame construction. The technology acts as a performance booster.” (www.babolat.com).

If you're living in the United Kingdom and you enjoy gambling, you'll be glad to know that there are plenty of online casinos that are regulated by the UK Gambling Commission.
Read more
Miscellaneous Gadgets

What Is The Best USB Crypto Wallet?

One of the most significant advantages of using a USB crypto wallet is the added layer of security such devices provide. A hardware wallet is not connected to the internet and interfaces with your PC via a USB port.
Read more
Miscellaneous Gadgets

The newly-released AMD Ryzen 7000 Series Zen 4 CPUs are now available for puchase at Antonline, featuring up to 16 Cores and 32 Threads.
Read more