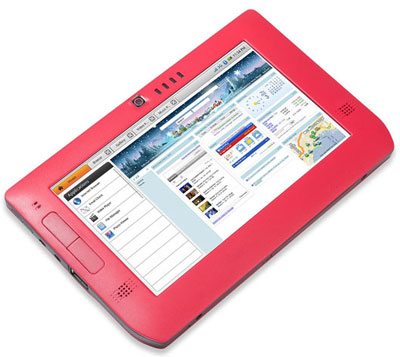 Tablets or Smartbooks, whatever you like to call them, will be a new and very popular category this year at CES. Manufacturers from around the world will be showing off their wares, which the show promises to showcase many exciting products and design concepts.

Among them is Freescale Semiconductor, who will be unveiling their Smartbook Tablet, featuring a 7-inch touchscreen (said to be four times the viewing area of a typical smartphone) and one-third the size and volume of a typical netbook. Freescale suggests the smartbook will be on sale for less than $200.

Although its still just in design-mode, Freescale is intending to be a forerunner in the “smartbook” category, which is basically somewhere in between netbooks and smartphones. (Everyone is saying that the Apple Tablet is just an over-sized iPhone anyway.). It measures 200 x 128 x 14.9mm and weighs 376 grams.

Running on a 1GHz i.MX515 processor, the 0.8-ounce gadget plans to host a lot of goodies within its 7-inch frame. Internal specs include 512 MB of DDR2 RAM, between 4 GB to 64 GB of internal storage with the option of more via the micro SD card slot, and HD video decoder hardware. It’s ultra-thin frame (7.87″ x 5.04″ x 0.59″) means that there’s also no need for an internal fan.

The Freescale Smartbook is designed to provide instant-on functionality, persistent connectivity and all-day battery life. The smartbook tablet will include Wi-Fi, Bluetooth wireless, a touchscreen and QWERTY keyboard support with the option to include a SIM and a 3G modem.

The Freescale 7″ Smartbook Tablet also will have a lot of software pre-installed, including a web browser with Adobe Flash, PDF and image viewers, an RSS reader, and an office suite.

All of those programs and more are accessible on the 1024 x 600 touchscreen display with USB charging. Freescale says the end-product could be available as early as this summer. 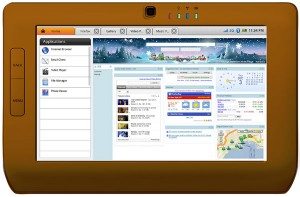 “We believe the tablet will emerge as a popular form factor for the next generation of smartbooks. By introducing this prototype reference design, Freescale intends to play a vital role in propelling the mainstream adoption of smartbooks”.

The smartbook tablet will be shown off at 2010’s CES show running both Android and Linux operating systems. (www.freescale.com)