OCZ has been in the SSD market for a while now with some nice SSDs that have proven to be popular with computer enthusiasts. OCZ has several SSDs in its Vertex series, including the Turbo series that was released last summer. OCZ has added a new member to the Vertex line called the Vertex Limited Edition SSD. 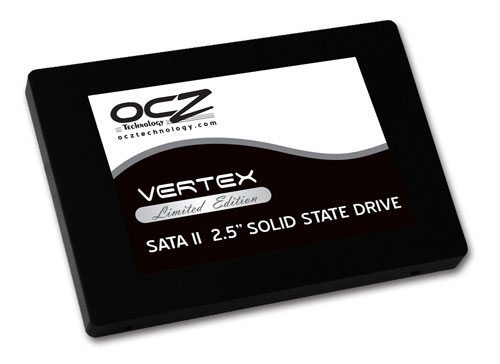 The Limited version has higher performance than other SSDs in the Vertex family. The drive has a read speed of up to 270MB/s and a write speed of up to 250MB/s. OCZ also claims that the drive reaches 15,000 IOPS equating to 4K random write.

The LE SSD uses the latest memory controller technology and connects to the SATA 3Gb/s interface inside most computers today. OCZ uses MLC NAND flash inside the drive and will be offered for a limited time. Storage capacities available include 100GB and 200GB.