Windows 7 was very anticipated by users in the business and consumer world after Vista was not well adopted due to a litany of issues. When Windows 7 was announced it was expected to be adopted quickly as people looked to upgrade from Vista and XP. 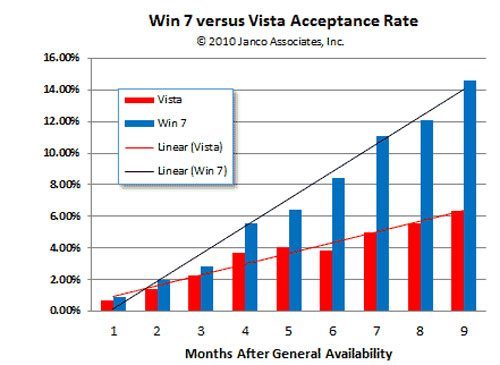 A new study has been published that claims Windows 7 already has more users than Vista after only 7 months on the market. According to the study by Janco Windows 7 has 14.8% of the OS market today.

Windows 7 is doing well and while Microsoft’s Internet Explorer is still the most popular browser, it is losing market share according to the study. IE has 67.73% of the market and Firefox has 17.88%. Google has 5.4% of the browser market leaving Mozilla with 1.36% and Safari with 0.98%.