New Device That Can Detect Security Risks Without Invading Privacy 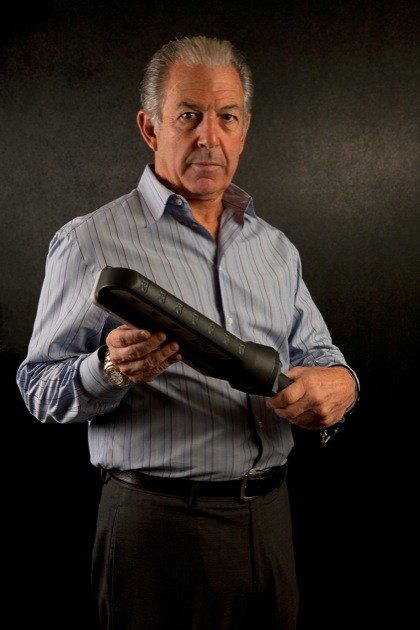 In the pre-9-11 world, getting on a plane was as easy as emptying your pockets and walking through a metal detector. In the post-9-11 world, airline passengers must take off their shoes, their belts, empty their pockets and be subjected to invasive body scans and pat-downs that add dignity and privacy to the price of an airline ticket.

But a new Star Trek-like handheld scanner may signal the end to some of those more invasive security checks.

“Benjamin Franklin once said that those who would give up essential liberty to purchase a little temporary safety deserve neither liberty nor safety,” said Mitchel Laskey, CEO of Brijot®, maker of the AllClear™, a handheld screening device that the company claims can scan for security risks without pat-downs or invasive imaging. “While I can’t disagree with the idea of using security screening to make our airways safer, I knew that there had to be a better way than taking naked pictures of people or patting them down like common criminals. That’s why we developed the AllClear.”

The AllClear is a handheld, battery-powered, passive millimeter wave people screening device that detects metallic and non-metallic objects and provides an alternative to the need for pat-downs, according to Laskey.

“The AllClear addresses the world’s need for concealed item detection while protecting the safety and privacy of people being screened,” Laskey said. “Instead of being a metal detector that only looks for metal objects, or an imaging device that takes a picture, it uses millimeter waves to detect concealed objects. Millimeter waves are naturally occurring forms of electromagnetic wave energy ranging from approximately 30 GHz to 300 GHz or 1 mm to 10 mm in wavelength. The AllClear is a passive millimeter wave system, so the AllClear measures the natural millimeter wave energy naturally generated by bodies and objects, enabling screeners to detect anomalies without the need for a pat-down or an imaging scanner.”

The new technology enables the device to detect without ever touching the person being screened:

“The AllClear’s passive millimeter wave system is different from other scanners that use active millimeter waves, so there is no radiation involved with the screening,” Laskey added. “It poses no health risks, so it’s safe for everyone, including children, pregnant women, and people with pacemakers.” 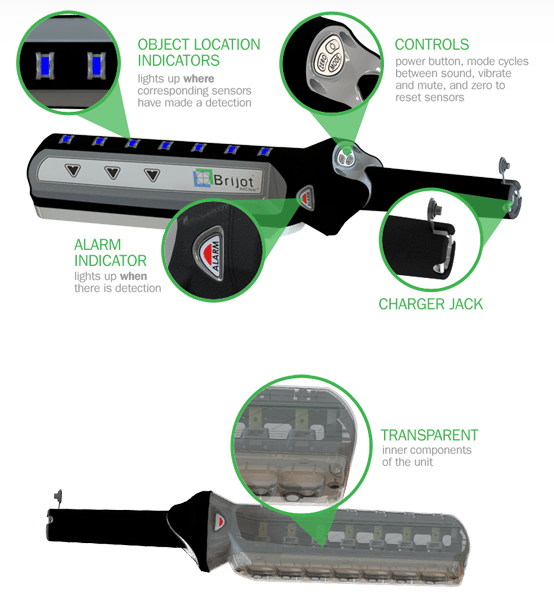 According to the company’s website (www.brijot.com), the device does not need to be in contact with a person’s body. All surfaces of a person can be scanned without contact — including the hair, top of head, chest, arms, sides, groin area, legs, and ankles. Laskey added that the device could not only end the lion’s share of invasive security procedures, but also speed up the lines at airport security checkpoints.

“The AllClear only requires one operator, minimal training, and is easy to use,” he said. “The time it takes to screen a person using the AllClear is similar to using a handheld metal detector and takes less time than a pat-down. What’s more, it’s not just for airports. It can be used anywhere security measures are taken to keep the public safe – schools, public buildings, courthouses, concert venues, theme parks and more. We think that it’s time Americans feel safer again, without having to give up their privacy or dignity to do it.”