HP not giving up on TouchPad yet 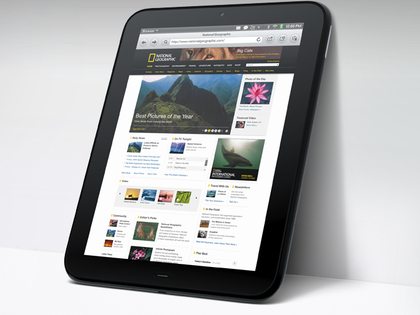 Less than 2 weeks ago, HP said they were “86-ing”  its webOS devices business and considering a possible spin-off of its personal systems group (PSG).

The head of HP’s PC business, executive vice president Todd Bradley, discussed the [amazon_link id=”B0055D66V4″ target=”_blank” ]TouchPad[/amazon_link] and his company’s PC business with Reuters, saying that a spin-off could be the “best value” for HP’s investors instead of an outright sale to competitors such as Acer or Lenovo.

“Regardless of what happens, we’re the largest PC company in the world,” Bradley explained. “We need everybody energized, and while this isn’t business as usual, we need people to go out and sell products every day,” he said, noting that HP will still remain a major customer to suppliers such as LG, Microsoft, Intel and Samsung.

Some analysts are saying that a spin-off could kill HP’s brand value.  Bradley also said that HP may resurrect the [amazon_link id=”B0055D66V4″ target=”_blank” ]TouchPad[/amazon_link] and noted that the tablet computing segment is “relevant, absolutely.” While Bradley appears to be standing by HP, there have been other reports that he is looking to leave the company for a CEO role at another firm.

Will we ever get a true glimpse as to the future of HP and webOS?  Give us your comments on the subject.

Philips Projection Launches a Range of Projectors at BestBuy.com