Electric bikes are plentiful these days, with one start-up company cropping up after another. They come in all shapes and sizes these days, but one new eBike called the JackRabbit has everyone talking. It’s really a design no one has ever seen before. The JackRabbit just launched on Kickstarter, and you could best describe it as a hybrid between a bicycle and a scooter.

The JackRabbit’s unique design sports a small 20-inch no-flat, nitrogen-infused tire on the front and a larger 26-inch puncture-resistant tire in the rear. This gives it a bit of a unique look, although according to the bike’s designers, it remains nimble on urban commutes. That same design keeps the bike rather small and compact, measuring just four feet in length and weighing less than 20 pounds, which also makes it easy to transport and store.

The JackRabbit is also very simple with few actual bike components. For example, it doesn’t have a chain or gears, relying solely on its electric drive to power it around town. That drive is capable of reaching speeds of up to 18 mph, while the 36-volt, 4.8 amp-hour battery provides a range of up to 13 miles. That is well below most other ebikes, but the company promises that auxiliary battery packs are already in the works and the existing model can be full recharged in under two hours. 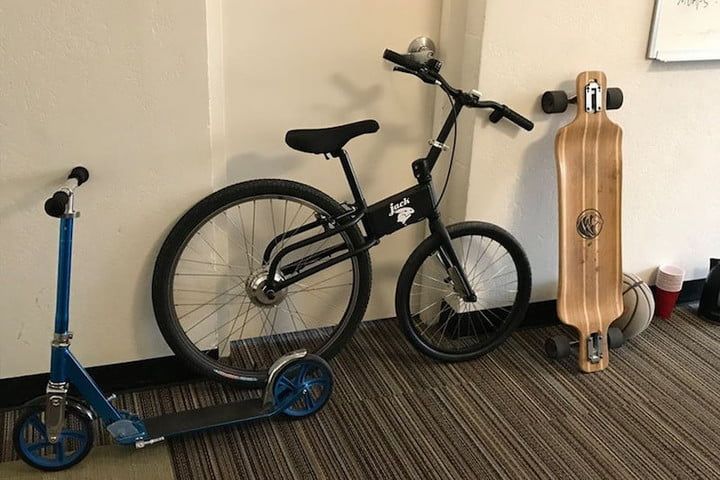 The JackRabbit’s throttle is mounted on the handlebars, allowing riders to choose between cruise, coast and climb modes as needed. In climb mode, the motor shifts 10 amps of power to the drive, while in cruise mode, that number drops to five amps. When set to coast, no power is used whatsoever, increasing battery life and range. When you reach your destination, the throttle switch can be removed, effectively disabling the bike so it can’t get stolen.

Other features include a built-in USB port for recharging a smartphone and a saddle that can be adjusted to accommodate riders ranging from five feet in height all the way up to six feet, four inches. The bike can also be fitted with optional accessories, including ligts, a cargo rack, cup holder, phone cradle, and more. 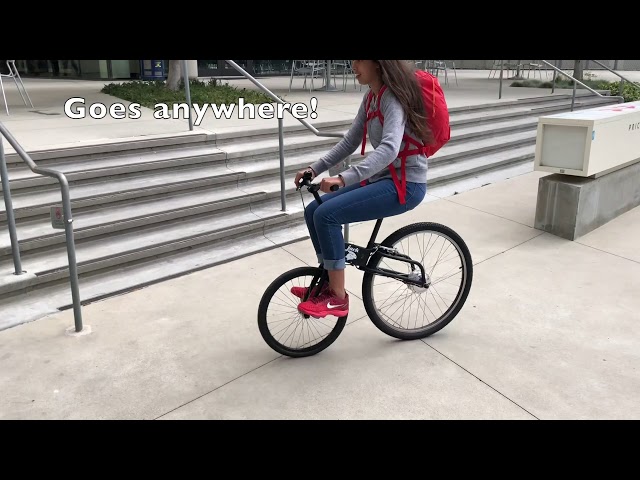 The team behind the JackRabbit is hoping to raise $45,000 on Kickstarter to get the ebike into production. If successful, it should go on sale in December at a retail price of $899. Early bird supporters can reserve one now for half that amount.

5 Most Anticipated Gadgets Coming Out This Fall