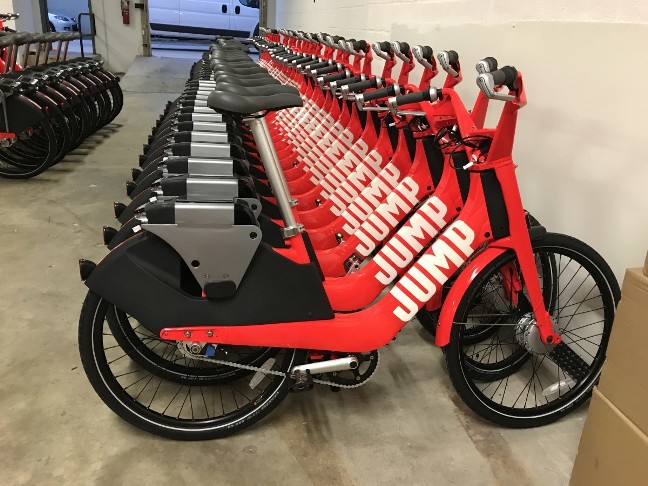 Meanwhile, JUMP rides have continued to decrease the number of Uber car rides. In July, Uber reported finding the number of car trips decreasing by 10 percent while trip frequency of JUMP + Uber increased by 15 percent.

“Since that study was released in July, those trends have remained consistent,” JUMP CEO Ryan Rzepecki wrote in a blog post. “As overall engagement (Uber + JUMP) increased, Uber car trips decreased and Uber trips during peak period decreased even more for Uber users who started using JUMP on the Uber app.”

Life is becoming increasingly technological, so you probably want to get the best tech gadgets around. This article discusses the latest gizmos released.
Read more
Technology

Buying electronic gadgets online can save you quite a bit of money. Here are 3 great tips that'll guide you when shopping for electronic accessories online.
Read more
Miscellaneous Gadgets

Facebook rolls out Video Chat feature, thanks to Skype (video)

Under Armour has been making a major stride into smart running shoes for a couple of years now, and this year, the company plans...
Read more
Media Gadgets