The vivo V15 Pro is the latest smartphone from the company, and it’s included a motorized, pop-up selfie camera. Vivo introduced the motorized selfie camera on the Vivo Nex S, but the V15 Pro is going to be more modestly priced and will bring that and some other sporty technology to more people. 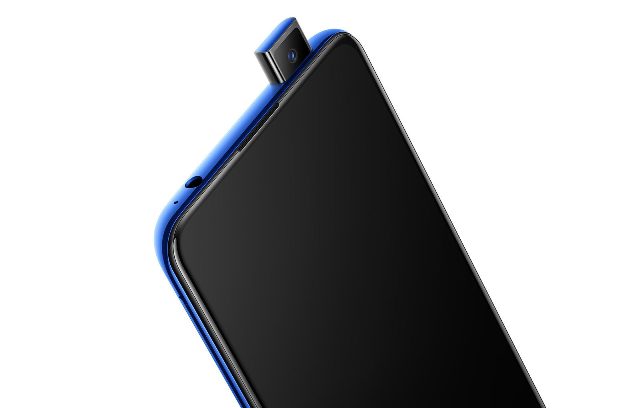 The motorized camera enables the V15 Pro to have a proper full-screen experience, without a notch of any kind. The 6.4-inch Super AMOLED screen has a 91.6-percent screen-to-body ratio, with tiny bezels at the top and the sides. The side bezels are just 1.75mm and the top is 2.2mm. The camera pops up from the top right of the phone from the front and contains a 32-megapixel sensor, continuing Vivo’s dedication to high-quality selfies.

On the back is a triple-lens camera which contains a 48-megapixel sensor. It’s joined by an 8-megapixel, 120-degree wide-angle camera, and a 5-megapixel depth-sensing camera. Both the front and rear cams are loaded with artificial intelligence features, from scene recognition to face and body beauty modes, and a night mode. The camera also suggests when the wide-angle camera would enhance a photo, based on the scene. 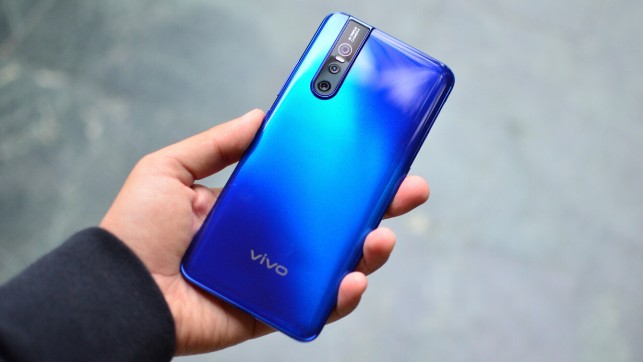 The Vivo V15 Pro also has a Qualcomm Snapdragon 675 processor, supported by 8GB of RAM and 128GB of internal storage. While the V15 Pro does have a MicroSD card slot, it’s located on the side of the phone, rather than being part of the SIM tray which is found on the bottom of the phone. It’s also charged using a Micro USB port, rather than a newer USB Type-C.  Google Android 9.0 Pie runs on the phone, with Vivo’s own Fun touch OS 9 user interface on top.

Other features include a dedicated button on the side of the phone to call Google Assistant, a new fifth-generation in-display fingerprint sensor for security, face recognition, and Bluetooth 5.0. The body is made from plastic, but comes in a blue color, is just 8.21mm thick and weighs 185 grams. 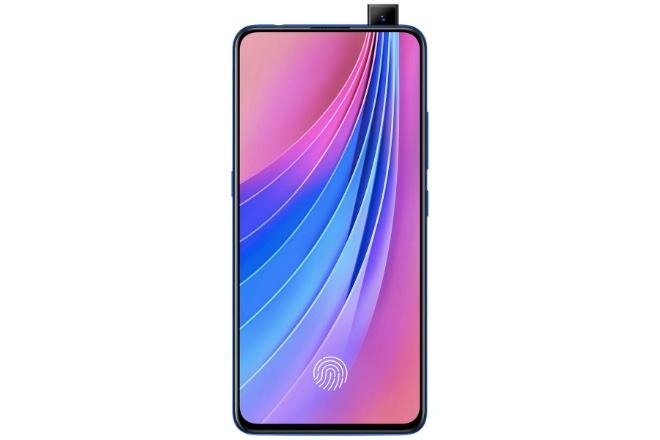 Vivo announced the V15 Pro for its global markets and for China, with India being the first stop for the device. It will not be officially released in the U.S., but may be purchased as an import. Vivo has not confirmed the release date or the price yet.