Jeep is finally returned to the pickup truck segment with a rugged model based on the fourth-generation Wrangler. The long-awaited Gladiator truck will go on sale in early 2019, and the first 4,190 production models will be sold exclusively online.

Unlike some of its rivals, it isn’t the type of pickup that sells by flexing its towing muscles. Jeep developed it as a more lifestyle-oriented truck aimed at buyers who want a pickup to carry their friends, their dogs, and their toys to the great outdoors. Its natural habitat are dirt roads, not construction site. It comes exclusively with a four-door cab placed in front of a 60-inch cargo box, and Jeep doesn’t offer a stripped-down, no-frills trim level like many of its rivals do. 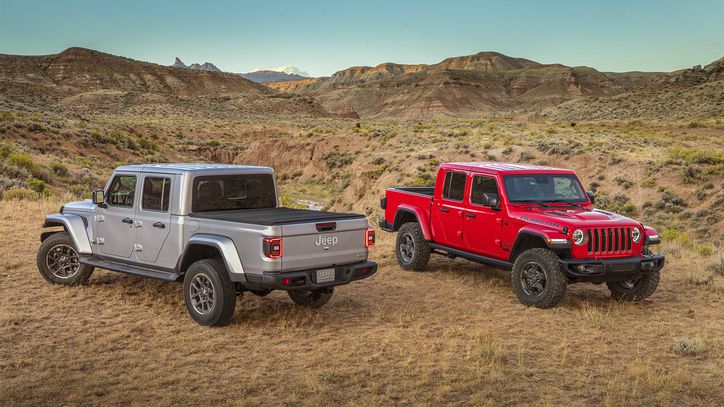 The Gladiator borrows styling cues like round headlights and Jeep’s signature seven-slot grille from the fourth-generation Wrangler. Out back, it boasts a five-foot box with integrated tie-down hooks and an external power source. You have three top options to choose from: A soft top, which comes standard, and two different hard tops. The ability to go topless makes the Gladiator unique in the pickup segment. And, since it’s based on the Wrangler, the windshield easily folds down and the doors are removable.

The modern-day Gladiator is available with a touchscreen-based Uconnect infotainment system that’s compatible with both Android Auto and Apple CarPlay. It also offers creature comforts like A/C and heated seats, and electronic driving aids such as adaptive cruise control, a blind spot monitoring system, and forward collision warning technology. Rubicon models even come with a forward-facing camera that gives the driver an unobstructed view of what’s ahead of the truck. 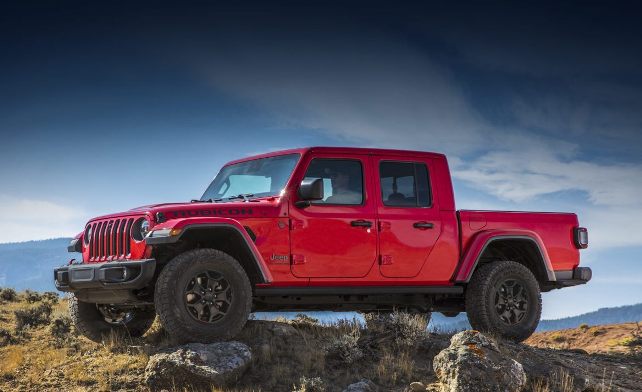 The only engine available at launch is a 3.6-liter V6 rated at 285 horsepower and 260 pound-feet of torque that shifts through a standard six-speed manual transmission or an optional eight-speed automatic. Jeep will add a 3.0-liter turbo diesel V6 to the lineup in 2020. It’s rated at 260 horsepower and a volcano-awakening 442 pound-feet of torque, but it will only be offered with the eight-speed automatic. Four-wheel drive comes standard regardless of the type of engine under the hood.

The sheet metal hides a longer evolution of the ladder frame that underpins the latest Wrangler, and off-road-friendly solid axles help the truck power through the toughest trails on the planet. Jeep moved the spare tire to under the cargo box. 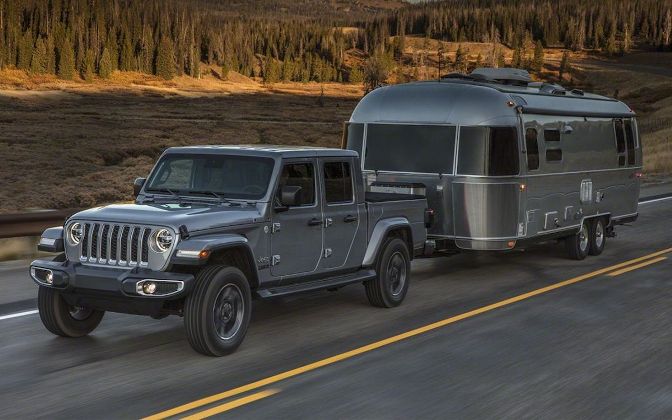 Jeep will release a Launch Edition model (pictured above) on April 4, because it decided 4/4 is 4×4 day, and it will stop selling the truck on the very same day. It will be available for one day only. Production will be limited to 4,190 examples, a number chosen because Toledo’s area code is 419. The Launch Edition is a fully-loaded Rubicon model with edition-specific accents inside and out, including an aluminum badge on the tailgate. It’s not cheap: Pricing starts at a luxury sedan-like $60,815. Customers will be eligible to win $100,000 by entering a contest organized by the brand.

Jeep will exclusively sell the Gladiator Launch Edition on its official website. After reserving a truck, buyers will be contacted by a Jeep concierge who will finalize the sale and connect the customer to their nearest dealer. This will be the first time Jeep sells a car online, but it certainly won’t be the last.

How Technology is Helping to Lessen the Coronavirus’ Worldwide Impact