It looks like Google is planning on adding media controls to its Chrome browser. Chrome’s new handy feature will let users interact with currently playing media from the address bar, allowing them to play or pause any video or music that’s playing in a tab.

The new feature is called Global Media Controls, and it’s currently being tested on Chrome’s Development browser, Canary. You can already preview the feature in Canary’s latest build, Canary version 77, where Google rolls out new experimental features. It is Chrome’s most unstable build available of all the existing four (Stable, Beta, Dev, and Canary) and the place to get a glimpse of upcoming Chrome updates.

After enabled, the feature will appear next to the URL field, highlighting what is playing, even if it’s on a different tab. Global Media Controls adds a play icon next to the address bar. Clicking the icon brings up a menu that lets you control any video or song currently playing. But the best part is that users can control a video from any tab, meaning that the new feature works even with dozens of tabs open. Users can quickly interact with currently playing media without having to search its corresponding tab. 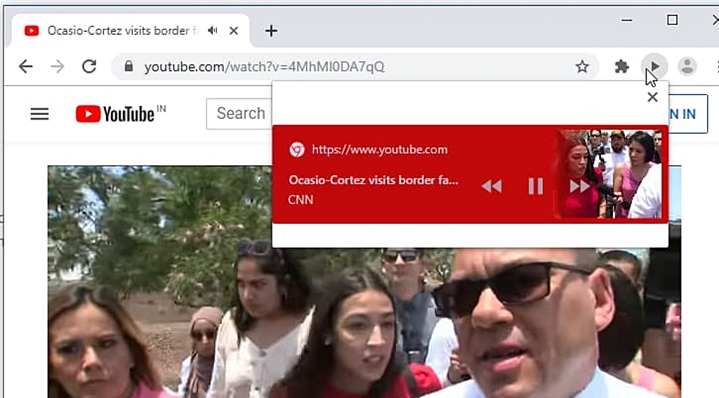 Global Media Controls works with video sites like YouTube and Vimeo, as well as with audio sites like Spotify and Apple podcasts. More sites might be supported by the time the feature is fully released.

If you want to try out Global Media Controls, you’ll need to download Chrome’s nightly developer build here. After that, open up Canary and type Chrome://flags into the address bar. Next, you can find the setting for Global Media Controls using the search bar at the top of the page. Choose Enabled from the drop-down menu, and restart the browser. You’re all set with Global Media Controls and can now fully control any video or song playing on your group of tabs with ease. But be warned, Canary is a crude test-like environment, and it can crash several times while interacting with the play button panel.

It’s still unknown when Global Media Controls will be live for Chrome’s main version, but the new feature is certainly useful.