Leaving your kid(s) and or pet(s) inside your parked car under the hot sun is incredibly dangerous. Not only is this completely irresponsible from you, but it is also extremely life-threatening to them. The biggest danger of leaving a kid or pet unattended inside a parked car is Heat Stroke, which is also known as Hyperthermia.

A Heat stroke is a condition caused by your body overheating, usually as a result of prolonged exposure to or physical exertion in high temperatures. This most serious form of heat injury, commonly known as is Heat Stroke, can occur if your body temperature rises to 104 F (40 C) or higher. Heat strokes can ultimately damage the brain and other body organs, and can even lead to death. 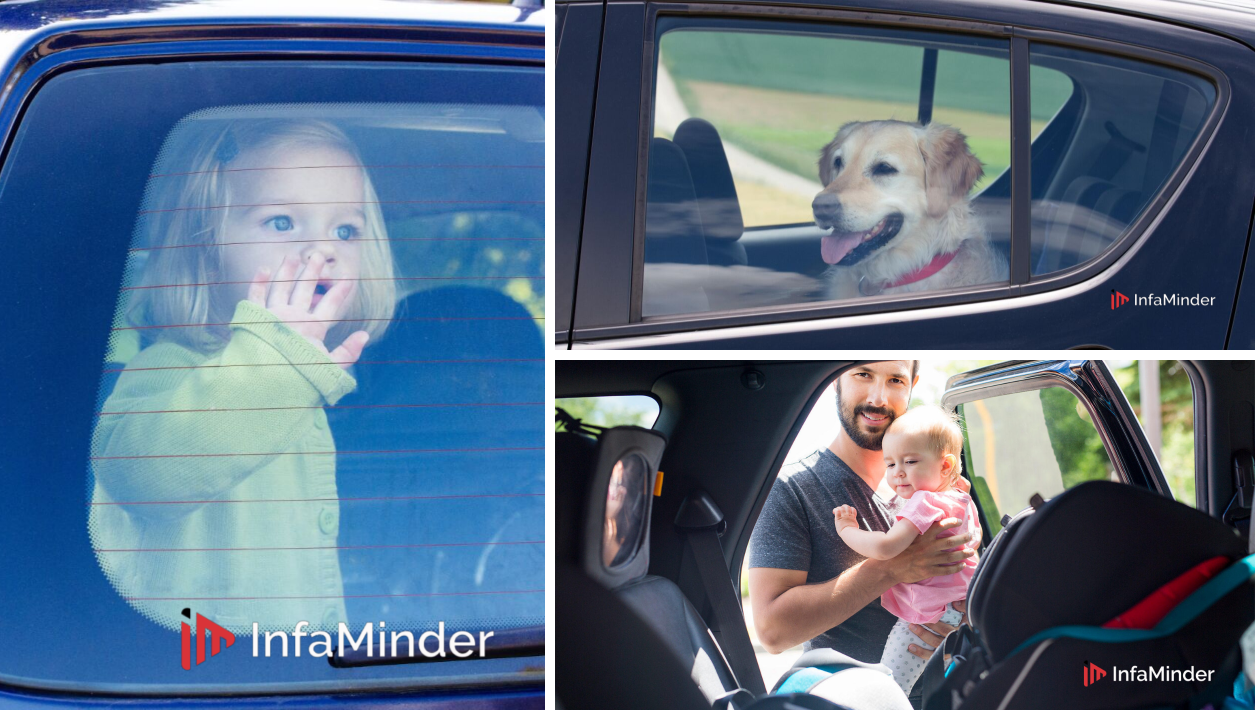 It doesn’t take long for a child’s body temperature to become too high very fast when left in a car. This is mainly because the temperature inside a car can increase 20 degrees in just 10 minutes and 40 degrees in an hour. And the same goes for pets; pet owners should never leave their pet(s) unattended in a parked car for any period of time. 120° in a matter of minutes – even with the windows partially open. Pet owners should be aware that their pet(s) can quickly suffer brain damage or die from heatstroke or suffocation.

This brings us to the InfaMinder, a patented simple electronic device that attaches to the driver’s seat belt and allows the driver to record a personalized message reminder that will be triggered through a special sensor. The InfaMinder was developed by InfaMinder Corp, a company that was started with the main goal of creating products that help make the world a better place. The company counts on inventors, entrepreneurs, and parents that look to achieve a single purpose with the InfaMinder; the InfaMinder Corp. team wants to save lives, expecifically childrens lives from around the world. 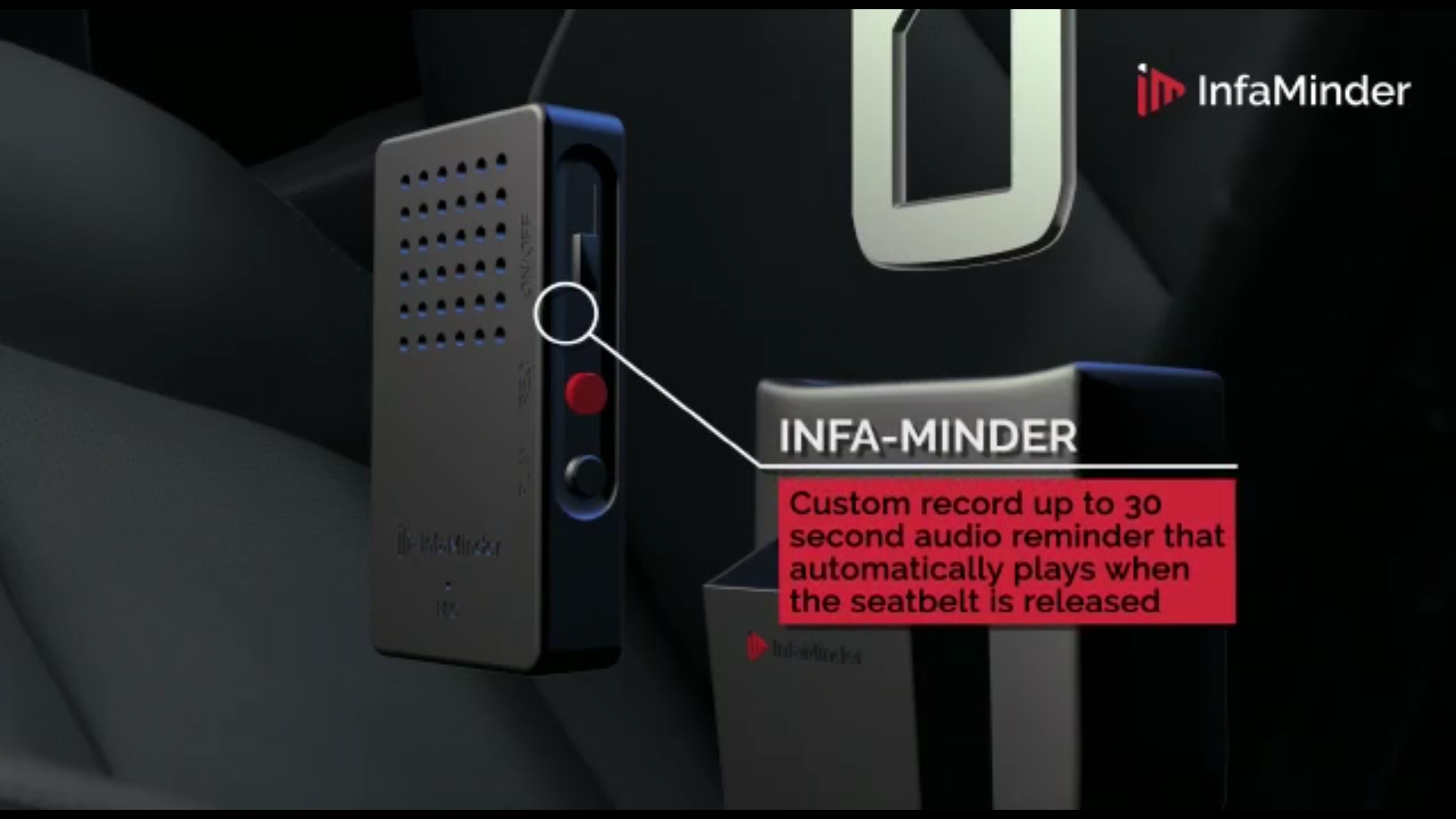 The InfaMinder will play the recorded message whenever the driver parks their car, right after arriving at his/her destination, and just before stepping a foot outside the car. Thanks to its built-in highly innovative magnet sensor, the custom recorded audio reminder (up to 30 seconds of audio) will be triggered and played as soon as the seatbelt is released. This ultimately ensures that no child or pet are left behind, locked inside a potentially over-heating car.

The device is wireless, and does not require Wi-Fi or Bluetooth, working simply with a battery that will last one full year with no replacement or charging needed. And one of its more attractive features is that the InfaMinder is priced at just under $30, with discounts currently available.

In 2018, the National Safety Council reported, that 52 children died in hot cars in the US; that’s an average of one child fatality a week. InfaMinder Corp highlights the three main reasons that make these tragedies occur: An adult forgets a child in a vehicle, a child somehow gets into the vehicle and is unable to escape, or the worst-case scenario is when an adult purposely leaves a child in a car.

Now, up to the summer of 2019, 21 young children cases have already been registered, and these children died because they were left inside hot cars. Heat is one of the leading weather-related killers in the United States, resulting in hundreds of fatalities each year, and even more heat-related illnesses.

One of the company’s representatives shared the company’s vision about the upcoming life-saving device, saying, “We wanted to make a device that was affordable for parents around the world.”

The InfaMinder is about to hit its official launch date (Fall of 2019), but consumers can already find the product available for Pre-Order at InfaMinder’s official website.

If you’re interested in getting one (or more) InfaMinder(s), ensuring that both your children and pets stay safe and are not forgotten inside the car, the InfaMinder is currently discounted from its original MSRP, and is currently going for $20 only (saving you $10). This is an extremely cheap and affordable solution that can also potentially save one (or maybe even more lifes). The InfaMinder is already available to Pre-Order at InfaMinder’s online shop, on this page.