The PowerA FUSION Wired FightPad for Nintendo Switch allows you to control every fight while you game. It’s designed to provide you with the best gameplay experience for fighting games, racing games, arcade games, and platform games. The controller features an extremely versatile design, comes packed with a ton of features, and can even be customized to your taste (this includes both keybinds and outer look).

The PowerA FUSION Wired FightPad for Nintendo Switch features a six-button, arcade-style layout that provides a full range of options and versatility to control every fight. It’s inspired by the revered Sega Saturn gamepad design, allowing you to dominate every battle or pull off a speed run in a classic arcade game. When dishing out the ultimate beatdown in your favorite fighting game, make sure you never fight without a PowerA FUSION Wired FightPad. 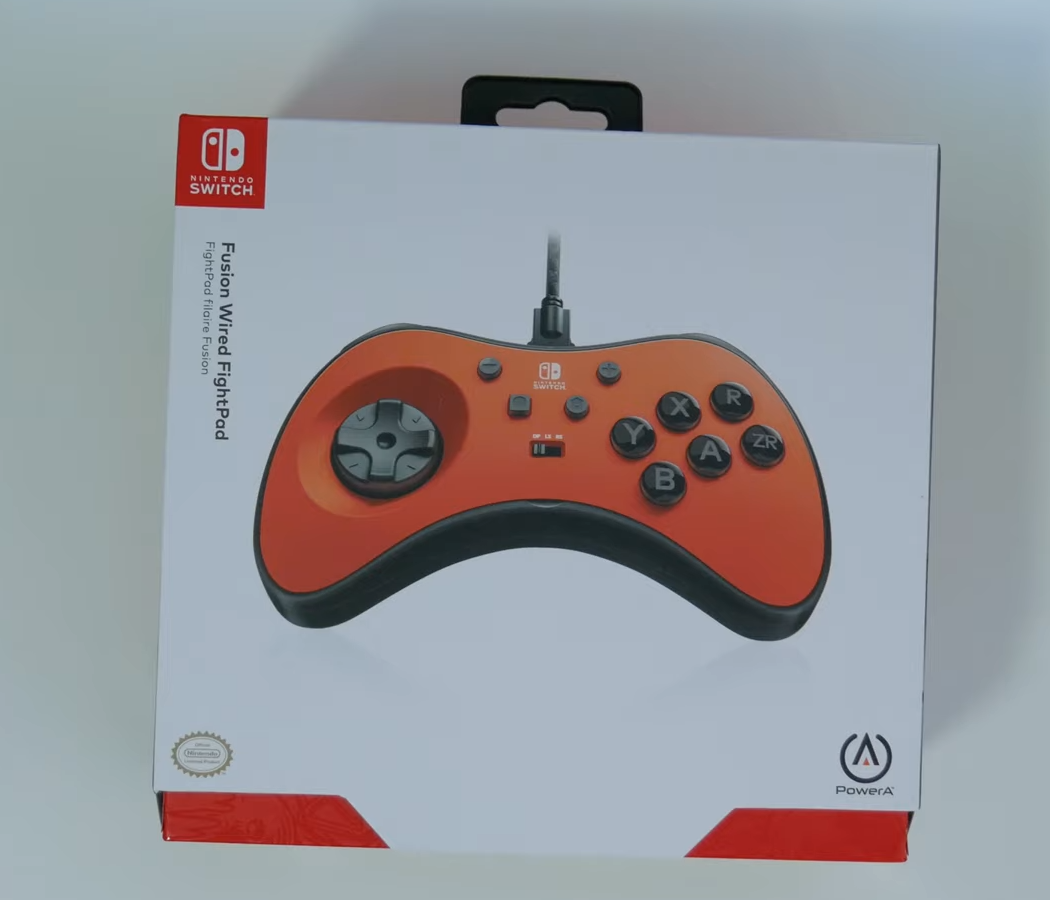 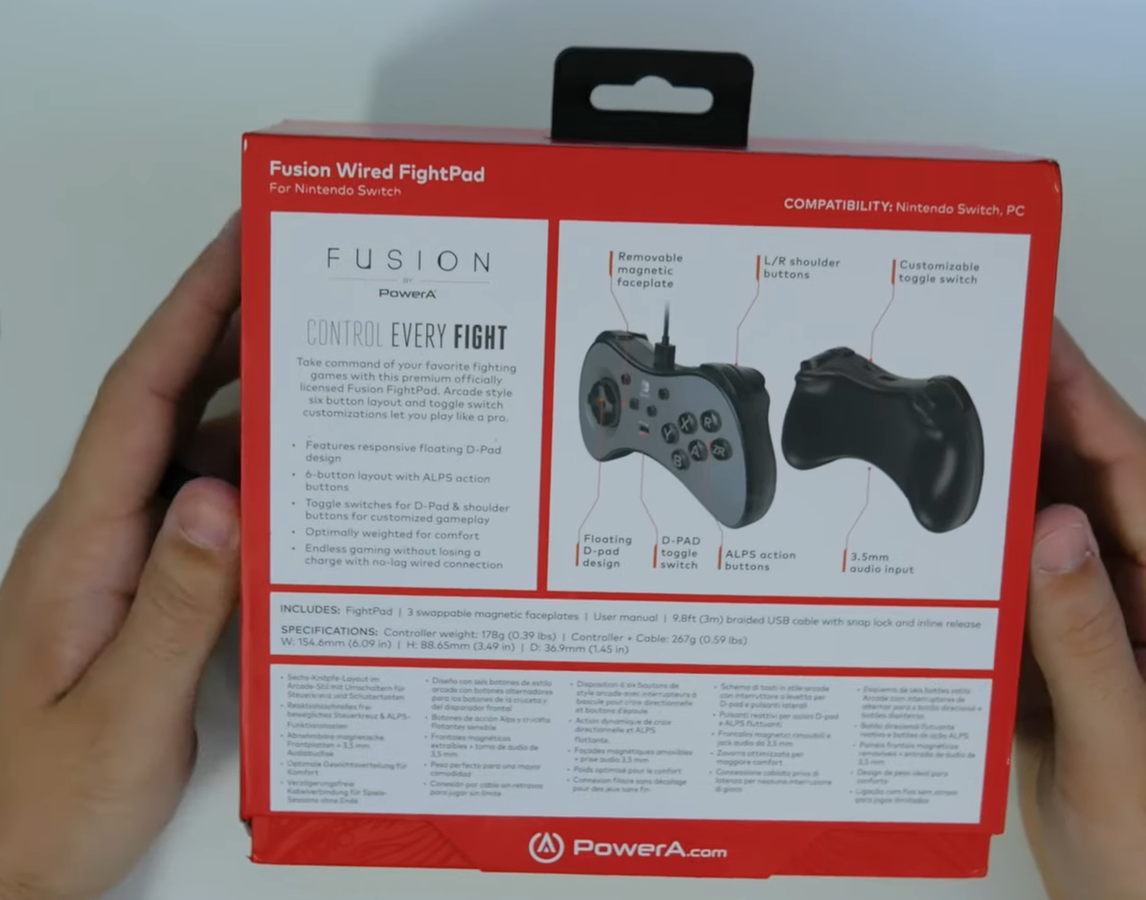 PowerA FUSION Wired FightPad comes in a nice sturdy box. Within the box, users will find: a User Manual on the top (this will show you how to use the different customizations for the D-Pad and shoulder buttons), the PowerA FUSION Wired FightPad Controller, a 10 ft. wired, braided Micro-USB to USB cable (with a nice locking mechanism so you don’t accidentally unplug it), and the included extra removable faceplates (easily swappable at any time).

Switching the D-Pad’s toggle switch to any of the last two (LS or RS) will emulate an analog stick on the respective “side” (L-Left, R-Right) that was selected. The Left Analog Stick mode is used for games that don’t necessarily use a D-Pad for character movement, but an analog stick instead, while the Right Analog Stick mode is used to emulate camera movement for games that need it.

The double-switch located on the top right of the controller will have the Shoulder Buttons and Trigger Buttons working as default when switched to the left. Switching it to the right will emulate the C Button/ C Thumbstick for something like the GameCube remote.

The PowerA FUSION Wired FightPad’s floating and versatile D-Pad design allows you to float like a butterfly as you move in to unleash killer combos. It’s extremely responsive and roomy enough for players with bigger/larger hands, allowing any player to move it around with ease. This ensures you’re always a step ahead of your opponents. 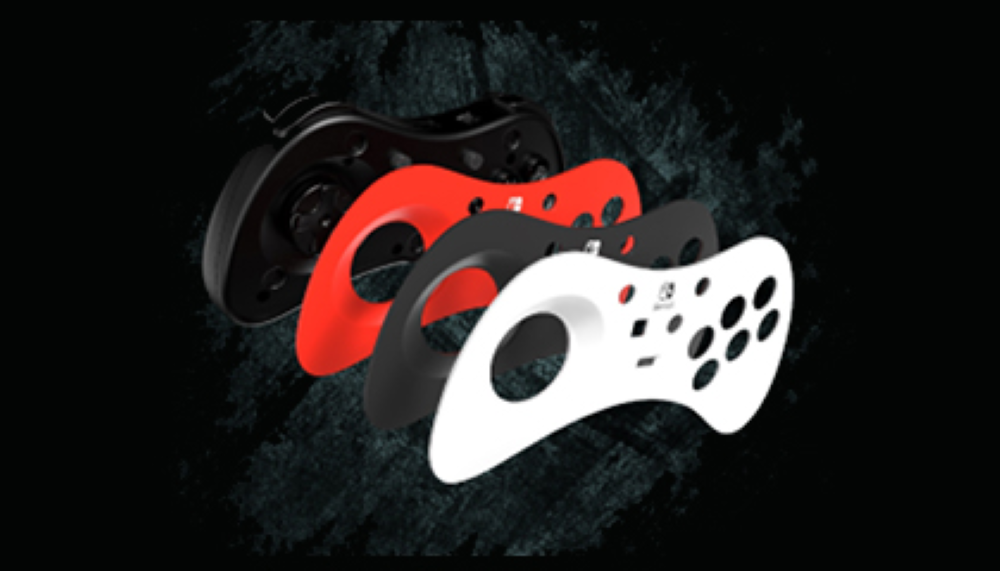 As said before, you can also change the controller’s outer look to match your style. The PowerA FUSION Wired FightPad for Nintendo Switch comes with three extra Swappable Magnetic Faceplates (Black, White, and Cool Grey), as well as it’s red one (which already comes attached to the controller). The removable faceplates can be easily swapped at any time.

As its name suggests (PowerA FUSION Wired FightPad), this is a “WIRED” controller. But that’s not necessarily a bad thing. Since the controller is wired, you only pay nearly half the cost of any wireless controller. Another advantage is that no batteries or charging is ever required, allowing you to enjoy countless hours of continuous gameplay.

One more great advantage that comes with wired controllers is the fact that players are offered reduced input latency/lag when compared to wireless controllers. This allows you to achieve better and faster keystroke combinations that a wireless controller never would. Lastly, the PowerA FUSION Wired FightPad provides you with Instant plug & play connection, meaning that no sync is required.

It’s also important to highlight that the Wired FightPad is officially licensed for the Nintendo Switch, which proves that the controller is reliable. Keep in mind that you should always look for this seal when buying video game accessories as assurance that the product has gone through Nintendo’s rigorous testing and evaluation process. Products that do not carry this seal may not work at all with your Nintendo system or may have compatibility issues with certain games.

PowerA’s brand-new FUSION Wired FightPad for Nintendo Switch allows you to control every fight. Its six-button, arcade-style layout puts pinpoint control in the palm of your hands, while the toggle switches for its responsive, floating D-pad and shoulder buttons let you customize your preferences in your favorite fighting or classic arcade games. 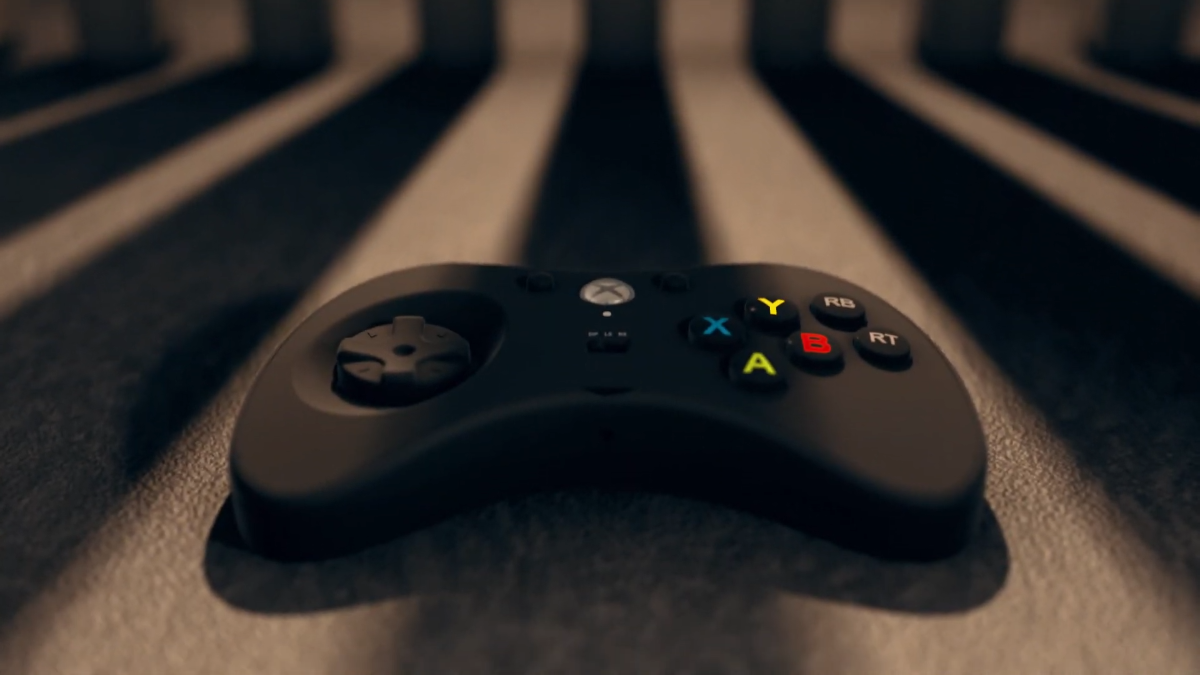 If you’re interested in getting the PowerA FUSION Wired FightPad for Nintendo Switch, each controller is currently priced at $60, already available for pre-order. You can get yours at PowerA’s official website, by going to this page.

Parrot’s AR.Drone was a surprise hit at CES 2010, but if you can’t wait for the off-the-shelf option and want some quadracopter action right...
Read more
External Articles

We keep asking digital photo frame manufacturers to put cellular data connections into their displays, only very few of them seem to listen.  One...
Read more
Smartphones

BlackBerry won't give up. With some very underwhelming results of the company's last few smartphone launches, there latest, the BlackBerry KEYone, returns to a...
Read more