What are the Best Hidden Spy Apps For Android Smartphones? 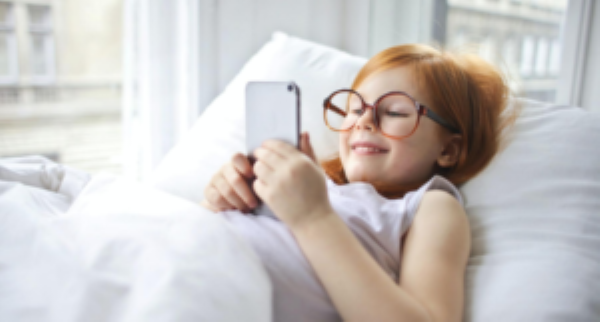 FlexiSpy is one of a few of the more powerful spy apps on Android. It lets you do the kinds of things people may be afraid of, including turning on the microphone to listen to a device’s surroundings, monitoring chat apps, remote camera capture, keylogging, and the ability to entirely hide itself from antivirus apps and the app drawer. 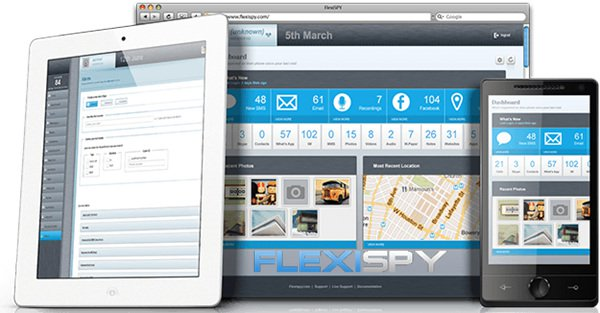 The price is way up there and you can’t get this app on the Play Store, but it comes with a ton of features.

Spyera is one of the most powerful spy apps for Android. It flaunts simple features for people like parents. However, we can’t imagine a use case where something this intense is needed outside of business use. 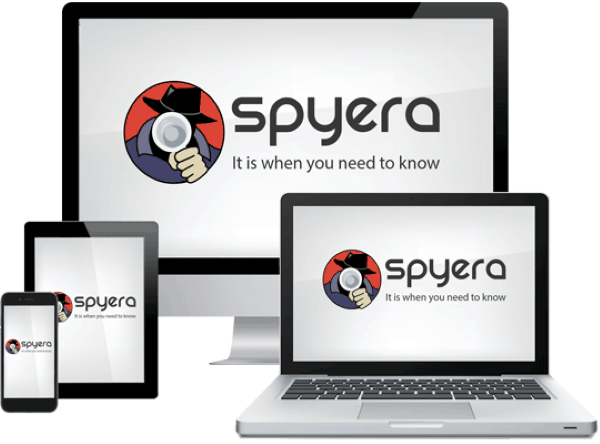 It has a series of features, including the ability to hide itself from basically everywhere. It also comes with remote support, SMS spoofing, and all kinds of other admittedly shady behaviour.

It’s extremely expensive so we won’t really recommend this to regular folks. It’s also not available on Google Play so you have to obtain and side install the app from its official website.

XNSPY is a bit of a strange case. It has all of those terrifying features like monitoring call logs, GPS tracking, monitoring web browsing, access chats, and all kinds of other tracking stuff. However, it goes for less than most of its more aggressive competitors like FlexiSpy and Spyera. 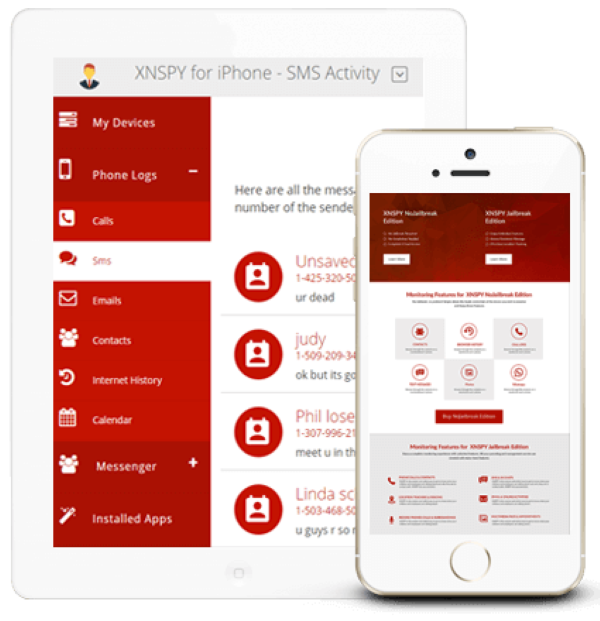 The basic version allows you to look at some stuff while the premium version lets you look at everything else. This is a good choice for businesses or families who have some money to spend, but families may want to try Google Family Link or Kiddie Parental Controls before choosing something more powerful like this.

Spyic is no new member when it comes to the best free hidden spy apps for Android. The app shines and stands out from the crowd owing to its many exclusive features. In some of the reviews and online feedback you read, you will see what makes Spyic the world leader. 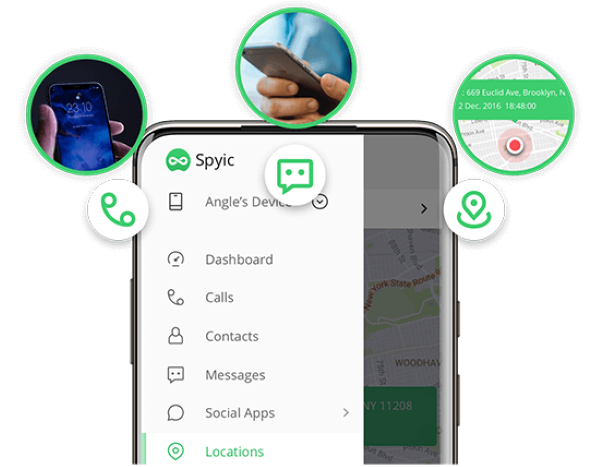 The app lets you monitor social media chats as well as SMS messages. Then again, you can inspect the GPS location of the target in real-time and set geofencing alerts. You can even get their usernames and passwords in a single tap.

Spyic has so many advanced features that it is legitimately impossible to list them all on here.

Cocospy is a popular spy app that works pretty well on Android devices. In fact, it is a great free spy app for android that is undetectable. It uses stealth technology to remain untraceable on the target device and is very lightweight. It won’t take up a lot of battery as well. 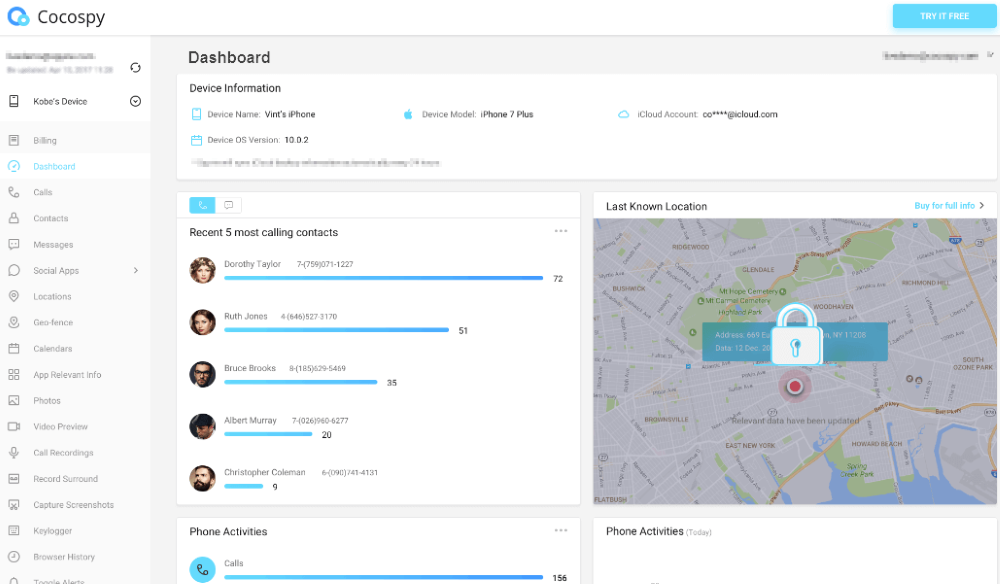 Cocospy also has a large user community and is the spy app of choice for many of them. You will be able to observe the social media messages, call records, GPS location, and browser history. Best of all, there is no need to root the target device when using this spy app.

The app is very easy to use and setup. Cocospy has a clean UI that is easy to circumnavigate. Many software are infamous enough for requiring users to read manuals upon manuals to be able to use them. Cocospy is too easy to use even for beginners who have never used spy apps.

So, when it comes to a free spy app for Android undetectable, which one should you opt for? As you just saw, each of these spy apps on our list has its own ups and downs. For some, the disadvantages far outweigh the benefits. The need for rooting is one such deliberation.

You should try to choose a spy app that does not need that you root the device first. This can really remove intricacy from the equation and make tracking easy. You should also consider if the spy app sucks up too much battery and occupies a lot of space. Apps that do so can be easily noticed which challenges the purpose of surveillance completely. Last but not least, consider if the app is trusted by users and the reviews that it gets.

Smartphones and other mobile devices have revolutionized the way we play casino games. Here are 7 ways of improving your online casino gaming experience.
Read more
Mobile

Spyzie Review – The Best Spy App for WhatsApp in 2021

WhatsApp Spying Apps like Spyzie can protect you from the dangers within this social media platform. This detailed review shows you exactly how.
Read more
Mobile

Here are 5 suggestions of intercepting messages for iPhone. Use the iCloud ID on the Neatspy website and get all texts in less than 5 minutes. No installation or jailbreaking is needed. The rest include Spyic, Spyier, Minspy, and Spyine.
Read more
Kitchen Gadgets

Just recently, Kenyon released its first-ever mobile app, called Cook With Kenyon, which aims to further elevate their customers’ grilling experience. The app offers step-by-step instructions on over 100 recipes that were developed using a range of Kenyon grills. Furthermore, recipes will continuously be added to the app for an ever-evolving, fresh feed filled with inspiring ideas.
Read more