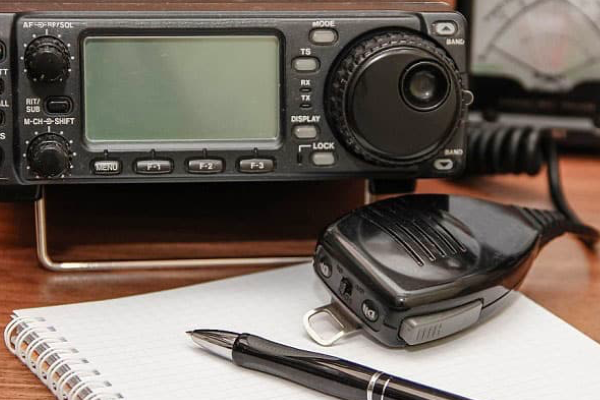 Communication in the modern era is as efficient and easy as we may think possible. Thanks to the Internet and wireless communication, we can call someone on the other side of the world and talk to them in real-time. It’s cheap, simple, and effective. We mobile handheld smartphones that are amazingly capable and powerful. All of this must make radio communication obsolete, surely?

Not quite! Of course, we will always have broadcast radio that we listen to at home and in the car, but we’re talking about radio as a means of communication. You may not have considered this, but in fact, Short Wave Radio is the means of communication for the air travel industry, maritime communications, emergency services the world over, and many more people – including ham radio or amateur radio users.

What does 73 mean? We’ll come to that in a moment, but first, we want to look at what ham radio is and why it still has an important place in 21st-century communications.

What is Ham Radio?

Ham radio – or amateur radio – has been around since the advent of radio and is still popular today. Mainly used by a wide group of enthusiasts, ham radio is an ever-popular hobby and remains an interesting and fun way of talking to and listening to people from all parts of the world. It is also used for more serious situations, which we will talk about later on.

Click this link for a review of the top handheld ham radio for beginners models, and you’ll see it’s not an expensive hobby. All you need is one of those radios that can send and receive, and you’re ready to go. Most users talk to a group of people who they have discovered on the short-wave frequencies, and some simply “browse” the airwaves for interesting stations or broadcasts. However, many ham radio users build a “radio shack” with a more powerful transmitter and receiver.

We mentioned more serious use of ham radio so let’s look at what we mean by that.

One of the reasons ham radio is still popular is that it can be used to broadcast in emergencies. Let’s imagine a scenario in which a natural dis-aster – say a storm – hits a large coastal town. The town is blocked off by floods, for example, and the power is down. The local mobile phone net-works are also affected, and the Internet is out of reach. In this scenario, anyone with a handheld or more powerful ham radio system can get in touch with emergency services using a short wave.

There have been occasions when military coups have overthrown a government and knocked out all standard communication networks. Once again, the short wave ham radio will still operate. Or think about an expedition or people working in remote areas with no mobile or broadband connection. Their only form of keeping up with the outside world is ham radio.

For the record, the BBC World Service still broadcasts on the short wave for this reason, as do many other national radio stations. So, back to the title, and what does 73 mean?

Q codes simply code words that are short for certain questions and comments that begin with a ‘Q.’ These are also delivered verbally, and the following are some of the most commonly used:

Many Q codes save time in communication, and that you will learn as you gain experience.

What are Q Codes?

Q codes simply code words that are short for certain questions and comments that begin with a ‘Q.’ These are also delivered verbally, and the following are some of the most commonly used:

Many Q codes save time in communication, and that you will learn as you gain experience.

If you are interested in ham radio, you will need to obtain a license by completing an exam. There are different levels, and the initial “technician class” license is relatively easy to pass. Only when you pass are you allocated a unique call sign, and then you can join the many other ham enthusiasts and see what it’s all about! All that remains is for us to say – 73!

Gadgets that can enhance your online casino experience

Technology That Has Revolutionized Sport