The iPhone 3GS, Apple’s 3rd generation iPhone, adds multimedia messaging, video recording, and voice dialing. It runs faster; its battery life is longer; and the multimedia quality continues to shine. The iPhone 3GS doesn’t make the same grand leap that the iPhone 3G made from the first-generation model, but the latest Apple handset is still a compelling upgrade for some users. The iPhone 3GS is faster and the new features and extended battery life could not come soon enough, but call quality and 3G reception still need improvement. 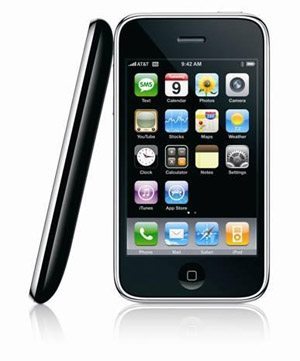 Apple boosted the camera’s resolution to 3 megapixels and added a new “Tap to Focus” feature. As you point the lens toward your subject, a small box appears on the center of the display. Tapping that square focuses the camera automatically on that point and adjusts the white balance, color, contrast, and exposure accordingly.

Other improvements include voice control, landscape keyboard, Spotlight search, video taking and playback, a compass, and of course the new 3.0 OS. The OS 3.0 is a significant update that promises 100 new features, including such long-awaited gems as multimedia messaging, stereo Bluetooth, a voice recorder, and cut, copy, and paste. Apple has yet to release a fully detailed list

and we’ve barely scratched the surface in our testing–but we’ll continue to report improvements as we find them. First announced in March 2009, it was released June 17, 2009, for the iPhone Classic and the iPhone 3G.

I’d have to say that the iPhone 3GS puts this phone back at the top of the list for any smartphone out on the market. With its sexy design, speedy processor, desktop-like browser, App Store and updated features, you simply can’t get much closer to a laptop in your pocket. Additionally, the iPhone accessories available can pretty much turn this phone into a all-in-one everything advice. (www.apple.com, $199 16GB, $299 32GB with contract)