Don’t Do It Dell: Think Tablets, Not MIDs 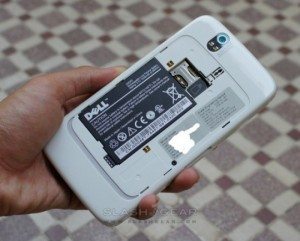 It looks like Dell is planning to release a mobile internet device, or a MID. The details are few and far between but the product—code-named Streak—looks like it packs Wi-Fi, 3G and Android 2.0 all into one. It is exactly what Intel has been calling a mobile internet device for the past few years: larger than a smartphone, primarily for accessing the Net, and featuring multimedia and even GPS functionality. The Archos 5 Internet Tablet and the leaked video of the Dell device gives us a better glimpse of what is to come and what it can do. Ironically (and you will see why later), when I watched the video I immediately thought: ah, so Dell wants to make an iPhone with a larger 5-inch screen!

Don’t tell Dell, but Apple also seems to have another mobile internet device brewing in Cupertino. That would be the rumored Apple tablet that is expected to have a larger screen than the iPhone (talk is about 10.2 inches ) and, if you think like an Apple diehard, it will completely change the way we look at the future of the tech universe.  Truth is we don’t know what the Apple tablet does or what it looks like. We don’t know a thing about its connectivity or its main purpose, but we do know that, unlike the MIDs that Dell and others are releasing, it won’t  try and compete with the iPhone or the iPod Touch, for that matter.[adsense]

Of course, Apple makes the iPhone and wouldn’t want to compete with its own product but, luckily for the company, there is no need to try and compete with it. The popularity of the latest generation of smartphones, including the iPhone, Palm Pre and now the Motorola Droid, has confirmed that people prefer having a single device – a phone bred with ubiquitous Internet connectivity and applications. Consumers want to be able to get the information they need on-the-go without having to carry multiple devices. We left our PDAs back in the 90s!

As far as I am concerned, people want either a smaller phone or an accompanying device that is more versatile and can be used for the jobs their phones cannot handle. Not tweener devices. This is what netbooks have taught us.  And though we don’t know much about Apple’s tablet I am fairly certain it will follow similar thinking. Sure, it won’t be a netbook as we know it today, but it will fill a void between Apple’s iPhone (and Touch) and its Macbook line. The larger screen device will be for content consumption, including the ability to visit Websites and read content. (Rumors are that Apple is teaming up with media organizations and publishers).  It will likely run applications, whether on an iPhone OS or a full fledged version of OSX.  I suspect that will allow for light content creation and sharing, like editing pictures with multitouch gestures or typing using the virtual keyboard. But this column is about what I think about the Apple will and won’t do.

Funny enough, it has been reported that Dell and Intel were actually working on a similar tablet-like device that would also be focused on digital content and Internet connectivity. While it is too early to say what the core purpose of these tablets will be, they will fill the void between smartphones and laptops much better than the mysterious MIDs.  What I know is that Dell, you seem to be on a winning streak with the Dell Adamo XPS. Let’s not mess that up with a losing “Streak” or with a MID that’s reminiscent of the unsuccessful kinds we already have today. (Via: Slash Gear)