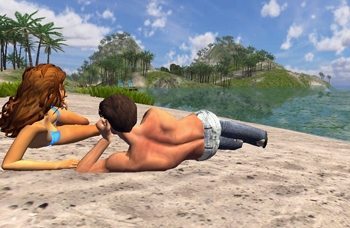 Online Dating becomes very realistic with Weopia: a virtual dating experience that allows you to take a romantic boat ride, watch the sunset and talk in real time to a prospective date while you sit at home in your pyjamas. 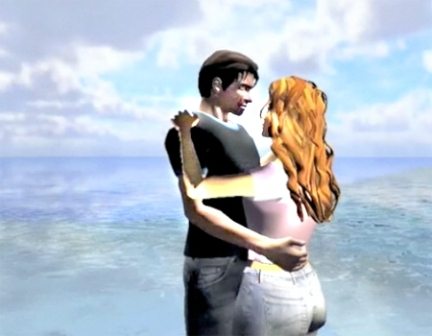 Weopia is based in Canada and was founded by Dave Wilkie and Stefan Embleton. Virtucom began development of Weopia in early 2008 with an international team whose aim was to find a compromise between conventional online dating and overwhelming first offline dates. Research has shown that unlike real-life dating, online daters rely on categorical attributes such as education, income and age rather than experiential attributes such as humor, charisma or rapport. Weopia allows singles to meet each other in an experiential virtual environment that allows a more meaningful experience than email or text chat, while also experiencing less cost, time, stress and risk. 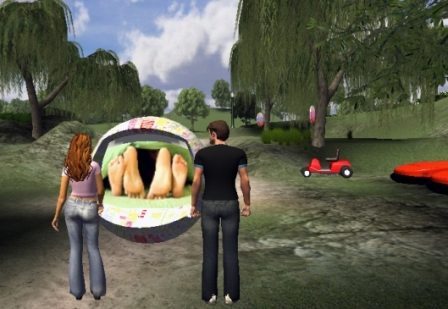 You can select an avatar and arrange a date from a multitude of date environments in the 3D virtual world. Voice and text chat via Skype allow you to engage more naturally than via email, and hundreds of conversation stimulators and insightful question suggestions allow them to get a deeper sense of their compatibility and whether they might like to meet in real life. 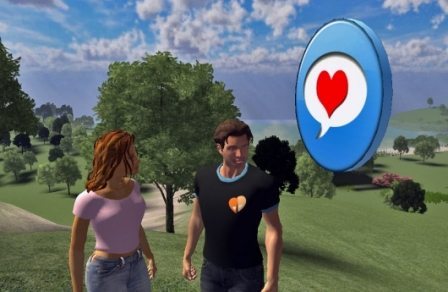 Weopia is compatible with any online dating site; you make contact via other sites and then invite them to their personal Weopia space, allowing dates to screen potential mates from the safety and comfort of their home. And if the date isn’t going well? No more faked emergency calls from a sister/best friend/dog or fear of face-to-face rejection – you can just end the date and invite somebody else onto their 3D love island.

The dating industry is estimated to be worth about $1 billion in both the UK and the USA, making it the third highest grossing industry after video games and digital music. Forty million single people in the USA have used a dating website or social networking site to meet people, and online dating results in more than 120,000 marriages per year. Clearly the stigma attached to internet dating has long since been drowned out by the cooing of amorous lovers. Researchers at Harvard and MIT have proven statistically that those who use virtual dating are twice as likely to have more than one date offline, and while commonly users of conventional online dating like their dates less after the first offline date, Weopia users were more positive towards individuals they had dated virtually. In a recent surve by competitor Omnidate, 73% of people said they preferred dating sites to offer virtual dating, and incredibly 89% of respondents said they would recommend virtual dating to a friend. 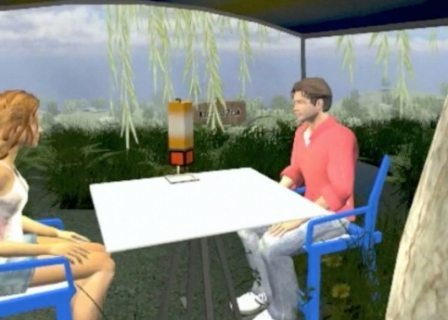 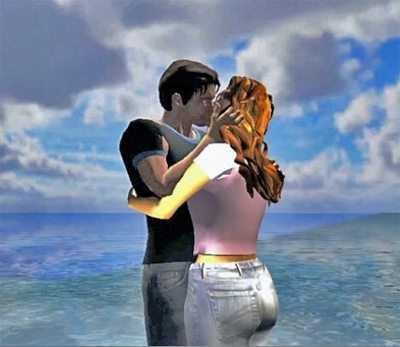 Weopia is currently available to try for free, and later the introductory offer for two people to go on one date will cost $4.95 – significantly less than dinner and a movie. However convincing people to pay for the service when they could stick with tried and tested traditional methods may prove difficult. Additionally the hefty 0.5GB application may put users off, especially when there are other competitors on the market that do not require such hefty downloads, but Weopia say that it preferred not to sacrifice graphic quality for download size and in answer to other criticisms aim to add in more interactive features in future releases. 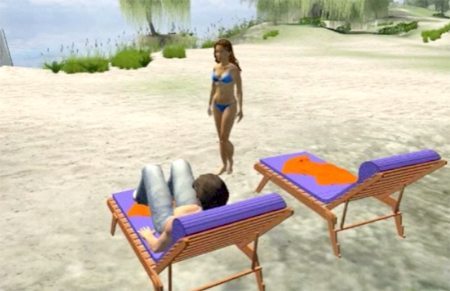 As online dating increases, virtual dating could definitely be the natural next stage in the dating revolution.  (www.weopia.com)