There are several pico projectors that you can buy in American already. Most of them are OK if you use them in the right conditions, which is a very dark room. If you need to use the things in a room with much light, you are out of luck in most instances. 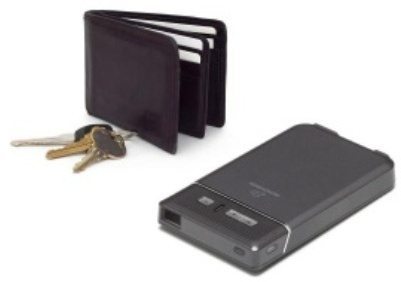 The Microvision Show WX LBS laser pico projector has been seen already and has been offered on the Vodafone network in Spain for a few months now. In Spain, the projector sells for the equivalent of $436. Microvision has announced that it will start shipping the Show WX in America on March 24 for $549.

The little projector has a scant 10 lumens of light and weighs 122 grams with a 848 x 480 resolution. Those wanting more exclusivity with their Show WX can opt for the Limited Edition version with a certificate of authenticity, personalized splash screen, and VGA dock for $999.