Cypress Semiconductor has enhanced its TrueTouch touchscreen solution so that hovering a finger over a capacitive display mimics mouseover functionality. The new technology could be used to magnify sections of a small touchscreen prior to activation by touch. 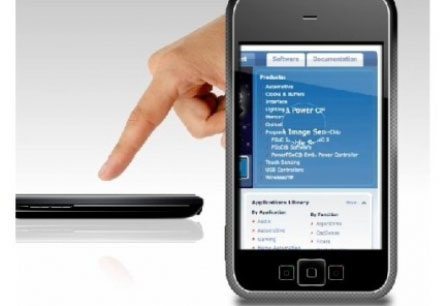 As a user’s finger approaches the capacitive touchscreen display, the hover detection system not only recognizes its approach but also gauges the distance from the screen and differentiates between hover and touch activation. A practical upshot is that a section of a page on the relatively small screen of a mobile device (such as a phone, GPS or media player) can be magnified without touching the screen, making searching for and activating links or screen icons a might easier.

Cypress Semiconductor reports that it is aiming to make its new hover support available to customers in the coming months.