Sony Ericsson have confirmed that their XPERIA X10 – together with the XPERIA X10 mini and X10 mini pro – will all get an update to Android 2.1, though owners will have to wait until Q4 2010 before they see it.  The new firmware – which is being billed as an upgrade to UXP or Sony Ericsson’s “User Experience Platform” – will also bring with it HD video recording, as on the Vivaz, for the X10, together with other media-centric tweaks. 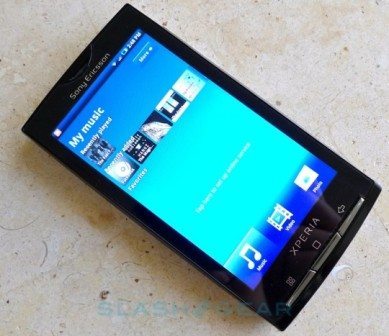 Those tweaks will include the introduction of DLNA wireless home media streaming support together with updates to Sony Ericsson’s Timescape and Mediascape apps which the company promises will make them “even smarter and richer”.  The Android 2.1 update will be proceeded by a smaller, more incremental bug fix in the next couple of weeks, which should improve the XPERIA X10’s “usability and performance”.

It seems the X10 mini and X10 mini pro will only get the Android 2.1 update rather than the other changes, though they’ll also have to wait until Q4 2010.  Sony Ericsson say they realise that the timing “might not meet” owners expectations, but we guess a confirmed update is better than the uncertainty of before.