There’s an upcoming Toshiba notebook that’s gunning for the title of “world’s lightest 13-inch laptop,”  along with some innovative new battery and cooling technology to boot. 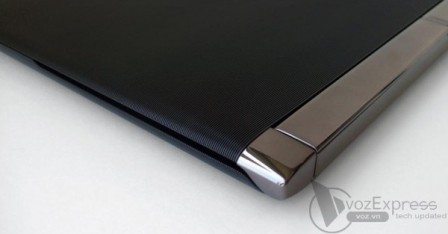 The as-yet-unnamed notebook will come with the choice of a Core i3, i5 or i7 CPU that works in tandem with a brand new CPU cooling technology dubbed “Blaze Mountain.” In addition, a battery will be integrated into the device called the Super Charged Ion Battery that promises to charge to 100 percent capacity in a little over ten minutes. 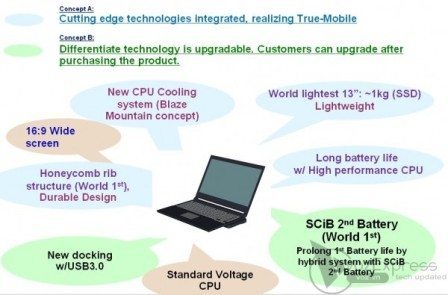 I’m sure Toshiba will be making a formal announcement regarding this product shortly.