Verizon Wireless is planning to offer Android tablet computers and phones that could run on its new LTE high-speed wireless network by May 2011, Chief Executive Lowell McAdam said Friday.

At the Reuters Global Technology Summit, Lowell announced device makers whose tablets will contend for Verizon store shelves: Motorola, Samsung Electronics and LG Electronics. Motorola, HTC, LG and Research In Motion could also be among the first next year with phones for the Long Term Evolution (LTE) high-speed wireless network that Verizon plans to switch on later this year.

“I’d say all the major manufacturers we’re talking to today are making the transition to LTE,” McAdam said. These devices should help Verizon Wireless hit the ground running with fourth-generation wireless services to compete with smaller rival Sprint Nextel, which already plans to launch its first 4G phone on June 4. 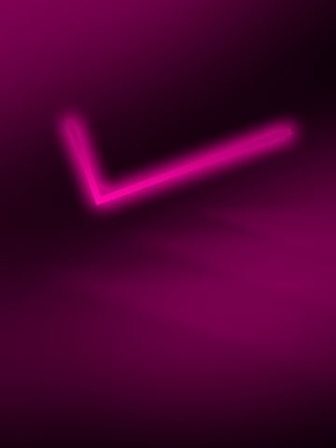 McAdam said Verizon is unable to keep up with strong demand for the Droid Incredible smartphone from HTC, due in part to component shortages such as the advanced screens made by Samsung Electronics. Verizon sold 100,000 of the phones, which run Google’s Android software, in the first two days after launch in late April and is now mostly restricted to online sales because it cannot keep the phones on store shelves, he said.

The Incredible would “definitely outsell” the Motorola Droid if it didn’t have supply constraints, McAdam said. “When a shipment gets to a store now, it’s gone in a matter of hours,” he said. “We’ve had to pull way back … Right now supply is a big problem.”
Verizon Wireless is also busy building out its brand new LTE network to cover 25 to 30 markets with 100 million people, including New York by the end of this year. McAdam said that a general technology component shortage would not upset the company’s network build target.  “I think we’ve got an 18- to 24-month lead on anybody else in LTE,” he said.

McAdam said he would start selling tablet computers, which also run on Google’s Android software, to compete with Apple’s iPad in the second half of this year, with most coming in the fourth quarter. These devices will initially run on Verizon’s existing CDMA network, but consumers will be able to upgrade them to work on the LTE network, which McAdam said would be fast enough to download a full high-definition movie in less than a minute.

He said that business customers are looking to use the network for a multitude of applications including using mobile video and graphics to help with manufacturing processes. McAdam said he would demonstrate the first LTE phones and tablets at the Consumer Electronics Show in Las Vegas in January of next year. The first consumer applications to take advantage of the higher speed service could be multi-player video gaming, video conferencing and downloading video on demand, he said.

Verizon plans to have LTE in its entire network with coverage for 285 million people by the end of 2013, but rural operators could use Verizon spectrum to build out areas that the big V does not serve before then.