Head-up displays (HUDs) first appeared on production vehicles way back in the late 1980’s, and add-on HUDs have been around for some time.  Taiwan-based company Springteq says its WeGo HUD Navigator is the first product to integrate GPS satellite navigation and a HUD in an all-in-one design. The device projects navigation information onto the windshield to provide a virtual readout out that appears roughly one meter (3.3-feet) in front of the driver. 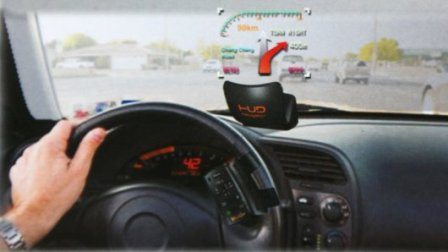 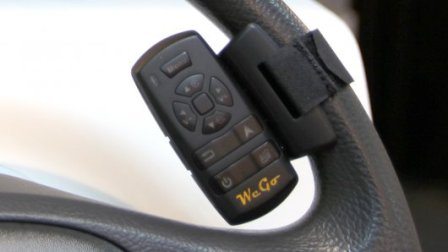 The compact projector unit mounts on the dash and projects a virtual image 4.5-inches in size. The projector boasts a 400 x 240 pixel resolution as well as 13,000 cd/m2 brightness and 500:1 contrast ratio that allows for clear visibility even in direct sunlight. An optical sensor will also automatically adjust brightness based on the ambient light, while the unit’s reflective image display technology eliminates the need to adjust focus. 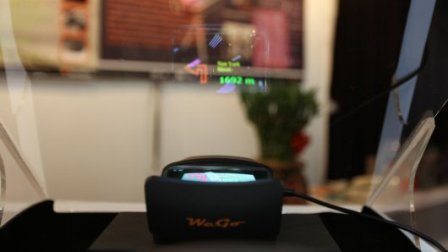 The Wego projector unit is powered via a cable that plugs into the vehicle’s cigarette lighter and its coating and heat-dissipating design means it should be able to withstand both hot summer and cold winter conditions. Running Microsoft Windows CE, the device comes with 2GB of built-in flash memory, which is expandable using SD/SDHC memory cards. 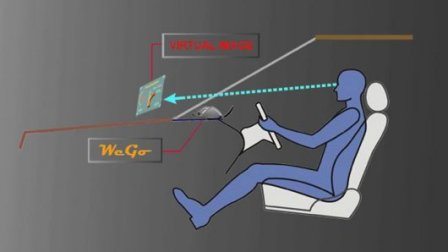 Springteq also offers the smaller WeGo mini that boasts similar specs to its bigger brother, but produces a 3.5-inch virtual image from a 320 x 240 resolution projector with 10,000 cd/m2 brightness and 500:1 contrast ratio.

Springteq is partnering with other companies to bring the WeGo and WeGo mini to market, and will announce more details including pricing and availability in Q4, 2010.