Vizio Teams Up with Hulu

Vizio announces the addition of Hulu Plus™ to its VIZIO INTERNET APPS™ (VIA) platform. Hulu Plus is the first ad-supported subscription service to offer full current season runs of hit TV programs from ABC, FOX and NBC, in HD, for only $9.99 a month. The partnership with Hulu will enable VIA HDTV and VIA Blu-ray users to watch popular media from more than 100 leading content providers across hundreds of shows and thousands of episodes, on demand from the Internet right to the TV.

“We’re very excited about this partnership with Hulu Plus. It will provide VIZIO customers with the freedom to watch what they want, when they want, directly from the internet on their VIZIO Internet Apps HDTVs,” stated Laynie Newsome, VIZIO Co-Founder and Chief Sales Officer. 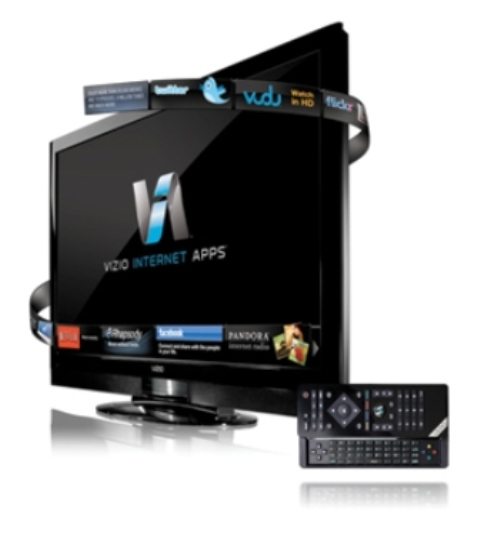 Since the first VIA-enabled HDTVs hit the market in late 2009, the response from VIA users has been overwhelmingly positive, with adoption rates that far exceed the industry average. This high connect rate is driven in large part by the convenience of the built-in 802.11n dual-band wireless Internet connection and Bluetooth remote with sliding QWERTY keyboard.

“We designed VIA to complement the HDTV viewing experience and made a conscious decision to drive some very advanced technology into the TV in order to make the transition for consumers as effortless as possible,” said Matthew McRae, Chief Technology Officer at VIZIO.

VIZIO’s line of VIA HDTVs is available in a full range of sizes, from the convenient 22” size up to the popular 55” model with TruLED™ direct LED backlighting for the ultimate picture quality. The 22” and mid-size TV’s (26”, 32”, 37”) make great bedroom TVs to watch shows and movies, while the larger models (42”, 47”, 55”) bring the big-screen experience to the living room. Hulu Plus joins other popular VIA apps, which includes Amazon® Video On Demand, Flickr®, Netflix®, Rhapsody®, Twitter®, VUDU®, NBA® Game Time, and Yahoo!® TV Widgets.

The iLive Indoor/Outdoor Dual Bluetooth Speakers are a set of portable dual Bluetooth speakers that can optionally be used with their removable 10" stakes to have them placed in the ground, featuring a waterproof construction, a set of dual speaker drivers for 360° omnidirectional sound, built-in controls, both an Aux Input port and a MicroSD Card slot for reading and playing music, along with FM Radio, Bluetooth 5 Connectivity with 33 ft. wireless range and TWS Dual Pairing, and a built-in rechargeable solar-panel battery that can be charged via electric-power or via solar-power, with it offering users up to 20 hours of battery life. All in all, these 2 portable dual Bluetooth speakers are perfect for enjoying music both indoors as well as outdoors, which for the latter, goes for just about any outdoors location, whether you're simply looking to throw a party at your back-yard and enjoy some of your favorite tunes, enjoy some relaxing music while at the beach, or even while camping.
Read more
Home Gadgets

The Lorex 2K Pan-Tilt Outdoor Wi-Fi Security Camera is an electric-powered smart outdoor camera that features a IP66 Weatherproof Rating, a high-end Pan-Tilt camera system integrated with a 4MP image sensor that can record video at 2K QHD resolution in a 360° FOV for full coverage that also boasts Digital Zoom, Color Night Vision and IR Night Vision functions, as well as an AI-Powered Person Detection functionality, along with a motion detection sensor, and a set of built-in motion-activated dual LED nightlights, and a 2-Way Talk System that's also integrated with a remote-activated siren, all while also coming equipped with a pre-inserted 32GB MicroSD Card (expandable to 256GB) for local storage of its 2K QHD video recording, plus both Wi-Fi and Ethernet Connectivity, and also Voice Assistant support for both Amazon Alexa and the Google Assistant, as well as Smart Home integration compatibility with Chromecast and Firestick. With the Lorex 2K Pan-Tilt Outdoor Wi-Fi Security Camera you're able to have an around-the-clock coverage of your property with access to multiple smart-recording functionalities that ultimately allow users to safely and reliably protect their household and/or place or business.
Read more
Home Gadgets

The SmartWings Roller Shades are custom smart motorized shades equipped with a built-in whisper-quiet motor powered by a large-capacity 2200mAh Lin-Ion rechargeable battery that offers around 4 to 6 months of battery life, all while also featuring multiple Smart Home capabilities, including wireless controls from their included remote control, as well as compatibility with Samsung SmartThings, In-App Controls from their Smartphone App, and even Voice Assistant support for both Amazon Alexa, the Google Assistant, and Apple HomeKit. All in all, these custom smart motorized shades are reasonably easy to install by yourself, as well as fairly straightforward to operate. With them, you can more conveniently operate the shades of your windows indoors, ultimately allowing you to have a more comfortable lifestyle.
Read more