LG has announced that it plans to roll out ten new Android devices, including an Android tablet, under the new “Optimus” brand. The Optimus series will feature Android 2.2 and will include both high-end and entry-level Android devices. The Optimus One “with Google” will be one of the first Optimus handsets to hit the market and will include: an OMAP3630 processor, 3.8-inch display, HD camera, HDMI/DNLA support, and Android 2.2. 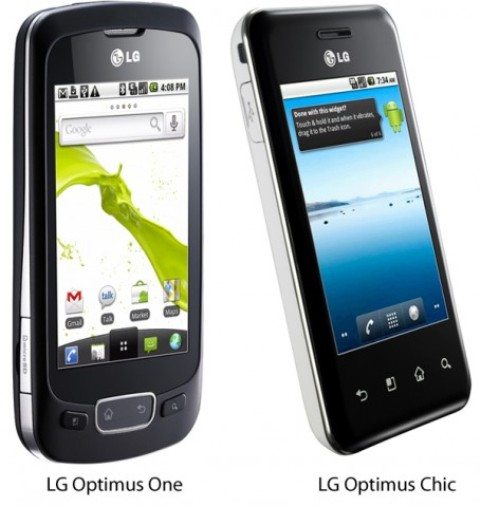 Also in the works is the new Optimus Chic, an entry level Android 2.2 handset that features a smooth and stylish design. Finally, LG confirmed that it has an Optimus Android 2.2 tablet that will be thin and light in design and will offer vastly superior performance over existing products. All the aforementioned Optimus devices and more are slated for release in second half of 2010.

LG Optimus, meaning ‘best’ in Latin, will be comprised of devices running on a range of popular operating systems and Android Tablet PC. By utilizing various operating systems and incorporating smart technologies, LG prioritizes consumer choice as a key strategy for expanding its footprint in the mobile industry. The line-up’s smartphones and tablet devices, range from entry to premium level with various form factors to meet the diverse needs of all customers. As part of its aggressive strategy to grow its share of the global smartphone market, LG will be introducing approximately 10 new smart devices worldwide in the second half of this year under the LG Optimus label. 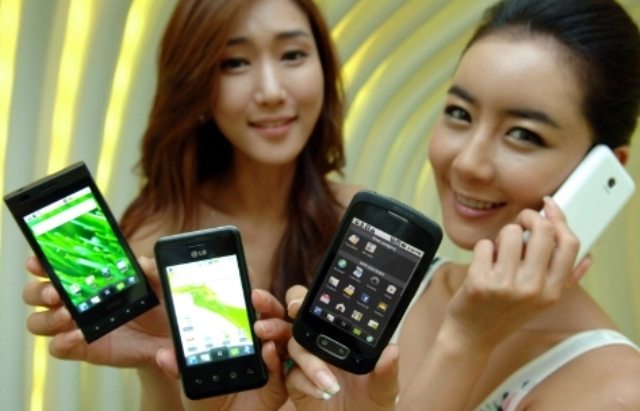 “LG Optimus is just the first of many devices that we’ll be offering to challenge the notion that one device can meet the needs of many,” said Dr. Skott Ahn, President and CEO of LG Electronics Mobile Communications Company. “At LG, we believe in providing the public with many different choices because unlike the users of some of our competitors’ phones, our customers are not all alike.”

LG Optimus Series is the result of extensive consumer research and development that delved into the way average people gather information in today’s digital age. Ease of finding information is the top motivator in considering a smartphone purchase, according to a consumer survey conducted by LG. The research also looked into what consumers liked and disliked about some of today’s most popular communications devices. Not surprisingly, user friendliness and fast response time were high on consumers’ lists.

The two android-powered smartphones in the pipeline — LG Optimus One with Google™ and LG Optimus Chic — incorporate the speedy Android Platform 2.2 (Froyo).

LG Optimus One with Google™ offers the latest in Google™ mobile features and connects seamlessly to the world according to Google™. Its ability to connect effortlessly to Google’s Android Market™ delivers an unfiltered and genuine smartphone user experience. Also, a convenient user interface and diverse multimedia options ensure a mobile environment that makes this device one of the easiest to use on the market.

Beyond smartphones, LG will be introducing its first tablet device later this year. Running on the Android Platform, LG’s tablet will deliver vastly superior performance than other similar devices currently on the market while still managing to be thinner and lighter than competing devices.