The Lens-in-a-Cap stereo lens system from Loreo mounts to the front of a digital SLR body to allow users to take side-by-side 3D photographic images. Mounts are available for a host of popular digital SLR cameras and the system will automatically adjust image pitch to suit subject distance. Subsequent images can then be printed out or viewed on a computer screen via a cheap cardboard parallel format viewer. 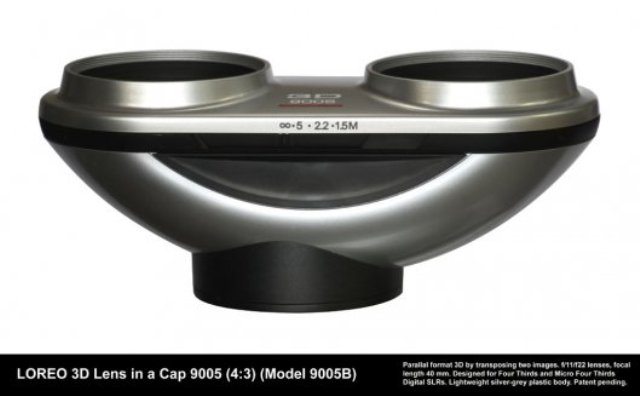 The 3D image is actually a couple of similar views of the same object taken at a slight distance from each other on a horizontal plane, which tricks the viewer into thinking that it’s just one three-dimensional image. With the Lorea 3D Lens-in-a-Cap 9005, it’s digital now.

The lightweight silver-grey plastic body with fiber-reinforced chassis ain’t too pretty but attaching the self-contained, integrated mirror assembly and lens system to a digital SLR captures two simultaneous images using matched lenses to the left and right. The side-by-side image can then either be printed out or viewed on a computer screen using a Loreo 3D viewer and the effect outlined above is recreated for the modern digital age. 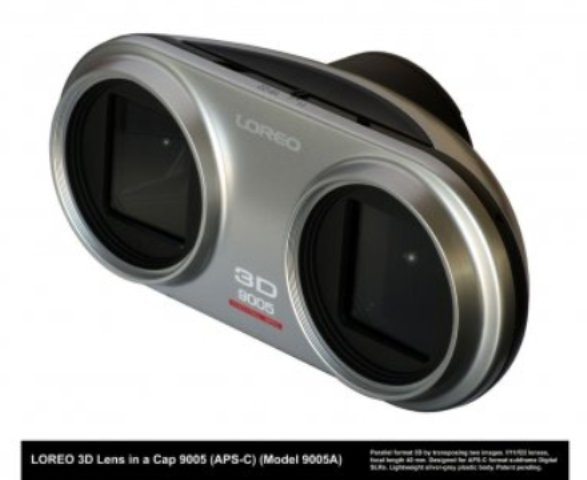 The focus coupled Parallax Compensation system automatically adjusts image pitch within the unit itself for 1.5m to infinity subjects and allows for the retention of many of the features of an SLR camera, such as through the lens viewing, auto exposure and TTL flash. The Lens-in-a-Cap 9005 also comes with a pair of 58mm filter threads at the front for attaching carefully chosen converters, filters and hoods. 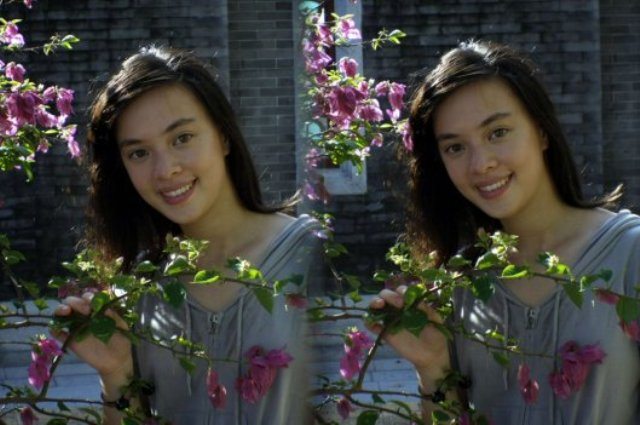 There are two versions available, one for APS-C format subframe and one for 4:3 and Micro 4:3 format subframe digital SLR cameras. The Canon EOS mount offers compatibility with many of the company’s most popular digital SLRs, with mounts also available for Nikon F, Minolta AF, Sony Alpha, Samsung GX and Pentax K cameras. 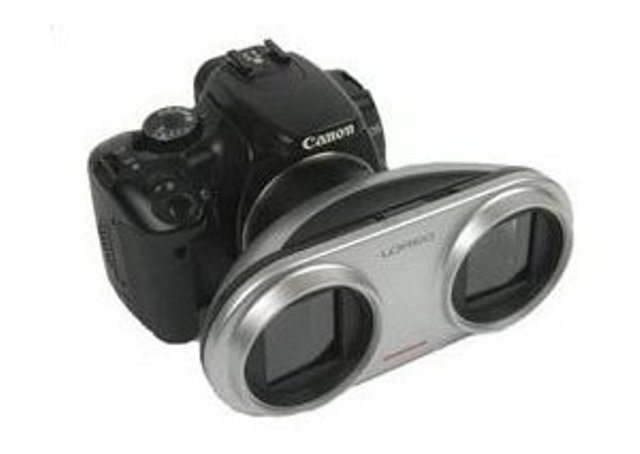 Micro Four Thirds camera mounts for Panasonic and Olympus cameras take care of that format too.  The system is available now for $150, with viewers starting at under 2-bucks.