Power over Ethernet (PoE) technology delivers electrical power via Ethernet cabling. The technology is typically used to power devices such as VoIP phones, cameras and other low power, network-related devices. SkinnyBytes has announced a line of computers engineered for low voltage and extremely low power consumption that are able to receive all their power over a standard network cable via PoE. 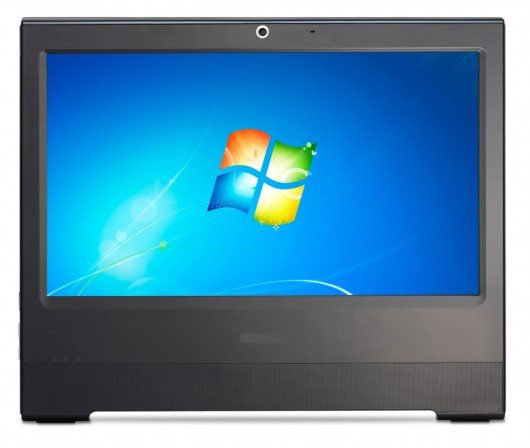 SkinnyBytes calls its PoE computers, an eco-friendly-minded line of computers consuming 90 percent less power than a traditional computer. The company offers touchscreen All-In-One (AIO) computers with 15.6- and 18.5-inch screens, as well and a 10.1-inch touchscreen tablet computer. All the SkinnyBytes PoE computers are compatible with the IEEE 802.3at-2009 standard (also called PoE Plus), which provides up to 25.5 W of power over existing CAT5e and above cables.

To create a line of computers that can run on such low power, SkinnyBytes has utilized a variety of low power components, including solid state drives, low-power Intel Atom Processors, LED backlighting, and passive cooling technologies that require no cooling fans. It has also eliminated moving parts, which not only cuts down power consumption, but also helps with reliability and durability. 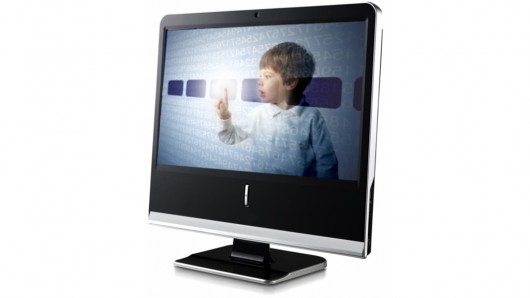 The company says its lineup of PoE computers is particularly suited to classrooms where the need to install new or additional AC power outlets can add 50 percent to the cost of a computer. It also points out the safety advantages of a low-voltage/low-current network cable over a high-voltage/high-current AC outlet in such an environment.

The SkinnyBytes systems start at US$699 for the 10.1-inch tablet, while the 15.6-inch AIO system starts at $899. Both are available now, while the 18.5-inch TouchScreen AIO ‘Elite’ will be available soon for $999. All come with Windows 7 pre-installed.  (www.skinnybytes.com)

SkinnyBytes launches new lineup of Power-over-Ethernet PoE Computers with Touchscreen, tailored to the needs of business and education.

Gilbert, AZ – SkinnyBytes has unveiled a new lineup of PoE Computers which are AIO All-In-One ranging in sizes from 8.9” to 18.5”.  As these systems are powered via Power-over-Ethernet they do not require AC power outlets.  AC electrical power is expensive to install, and is far more dangerous than the low-voltage DC power provided by PoE.  The significant cost savings coupled with a Touchscreen interface make these systems ideal for business and education.

Value – Eliminating the need for installing an AC outlet can easily reduce the cost of installing new computers by 50% or more.  Power-over-Ethernet computers are the ultimate Eco-Friendly computers consuming 90% less power than a traditional computer, drastically reducing your energy bills.

Safety – AC power is very dangerous due to the high-voltage/high-current it supplies.  In classroom environments where the safety of the students is of paramount concern, it is hazardous to install AC outlets within reach of curious students.  Power-over-Ethernet computers utilize low-voltage/low-current power over a standard network cable, eliminating the need to install these costly and dangerous AC electrical receptacles. This makes the PoE Computer the ideal Classroom Friendly Computer, including a standard TouchScreen interface making them perfect for interactive learning.

Technology – All of these PoE computers are compatible with IEEE standard 802.3at for Power-Over-Ethernet, which describes providing up-to 30 watts of power to a device over a standard network cable.  Utilizing emerging technologies such as Solid State Drives, low-power Intel Atom Processors, LED backlighting, and passive cooling technologies that require no cooling fans, SkinnyBytes has created a product line of PoE computers that can run on a meager 30 watts of power without sacrificing performance.  By eliminating moving components, we are able to reduce the power requirements of our systems by 90% compared with traditional computing systems.

All of SkinnyBytes systems are tailored toward business and educational institutions.  No moving components translate into highly durable and reliable systems.  Every system comes with Windows 7 pre-installed and a TouchScreen interface for maximum flexibility and functionality.