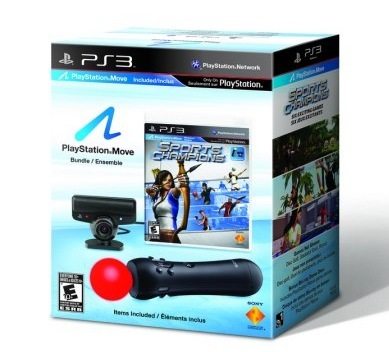 The Move bundle, called the PS3 Sports Champion Move Bundle, will include one wand controller, a copy of Sports Champion, the PlayStation Eye camera, and a Blu-ray game demo disc.  All that, for $399.99.

The other model is the 160GB PS3, and Sony says it’ll sell for $299.99, available at sites such as Amazon and Newegg.  Sony offered a few intriguing PlayStation Network updates, including the option to text chat during shows via PlayTV. And then there is Mubi, a PS3 online cinema that looks a bit like Twitter, Netflix, and Facebook. The PS3 already does Netflix with a disc, will shortly support Netflix disc-free, and just started offering Hulu Plus in beta, with a public launch sometime early next year.