The Canon’s new PowerShot S95 has a 3-inch LCD display, through-the-lens auto-focus via a 3.8x optical zoom lens, ISO80 to ISO3200 sensitivity and manual control ring. It also sports the company’s High Sensitivity SYSTEM. The system gets the DIGIC 4 Image Processor and the 10-megapixel CCD sensor to work together and help reduce image-ruining noise and enhance image detail at high sensitivity settings. 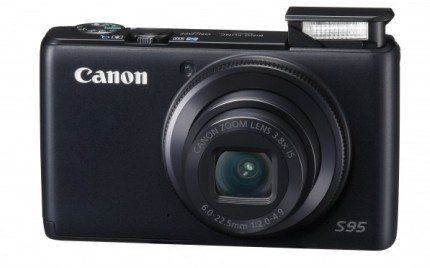 The 3.93 x 2.30 x 1.16-inch S95 now features 720p movie recording with stereo audio and is the first Canon camera to sport in-built High Dynamic Range functionality, where three shots are taken in quick succession using different exposures and then combined into one enhanced image. It’s also the first PowerShot to benefit from Hybrid Image Stabilization technology that corrects both angle and shift camera shake, compensating for more types of movement.  The PowerShot S95 is available for $399.99. 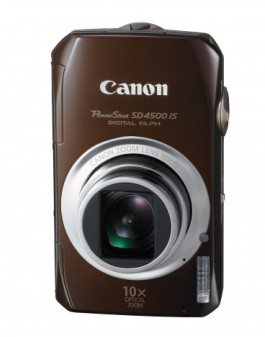 The SD4500 IS has 10-megapixel back-illuminated CMOS sensor, a 3-inch LCD display and a 10x optical zoom lens with optical image stabilization.  It can also record and play in full 1080p with stereo audio. Additionally, there’s now a super-slow-motion mode that captures movies at 240 frames per second. 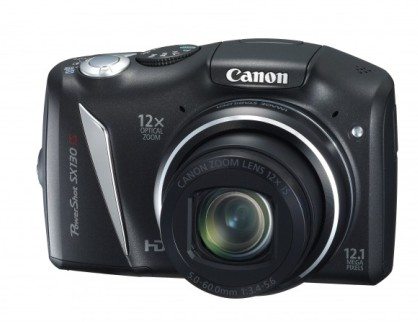 The SD4500’s Best Image Selection feature snaps five sequential frames and then chooses the best one based on a person’s movement and facial expressions.  Like the S95, the SD4000 IS has been given Canon’s HS system but extra attention has been given to after-dark photography with the inclusion of a Handheld Night Scene setting that reduces camera shake so that you can shoot beautiful images within dark settings.  The Canon SD4500 IS camera is available now for $349.99.