Apple blew it up with the official announcment of the iPad 2, straight from the horses mouth, Steve Jobs.  Here are the specs: 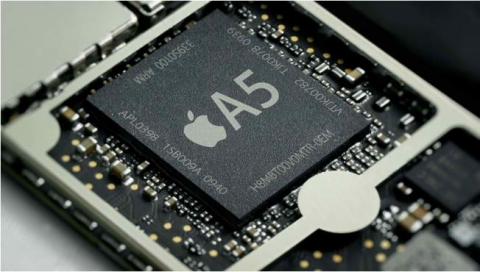 Second on the docket was the new 1GHz A5 processor. It’s way speedier than the A4, which can be found in Apple’s iPhone 4 and first-generation iPad. The A5 features a dual-core make-up that two times faster than the A4 and graphics performance up to nine times faster. The A5 also has the same low power design of the A4, and it will be the first dual-core processor to ship in a tablet volume. 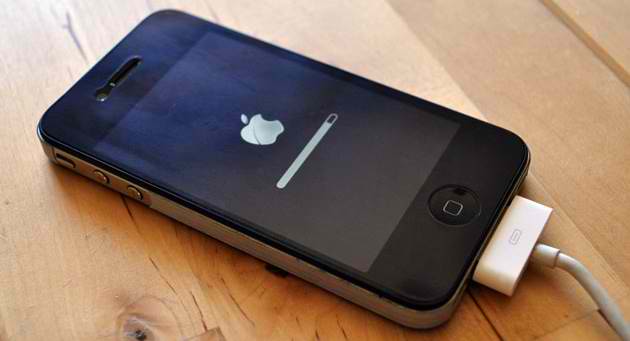 Thirdly, Apple has a new IOS- version 4.3.  Vice President of Engineering Scott Forstall showcased several of the updates, including Wi-Fi hotspot creation, a new Photobooth app, and Home Sharing (streaming audio and video from your computer to your iOS devce). iOS 4.3 will be available on March 11th to all iPad, iPhone (GSM), and iPod touch (3rd & 4th generation) owners.

Apple Introduces iOS 4.3
Update Includes Faster Safari Performance, iTunes Home Sharing, AirPlay Improvements & New Personal Hotspot
SAN FRANCISCO–(BUSINESS WIRE)–Apple® today introduced iOS 4.3, the latest version of the world’s most advanced mobile operating system. New features in iOS 4.3 include faster Safari® mobile browsing performance with the Nitro JavaScript engine; iTunes® Home Sharing; enhancements to AirPlay®; the choice of using the iPad™ side switch to either lock the screen rotation or mute the audio; and the Personal Hotspot feature for sharing an iPhone® 4 cellular data connection over Wi-Fi.
“With more than 160 million iOS devices worldwide, including over 100 million iPhones, the growth of the iOS platform has been unprecedented,” said Steve Jobs, Apple’s CEO. “iOS 4.3 adds even more features to the world’s most advanced mobile operating system, across three blockbuster devices — iPad, iPhone and iPod touch — providing an ecosystem that offers customers an incredibly rich experience and developers unlimited opportunities.”
The Safari mobile browsing experience gets even better with iOS 4.3. The Nitro JavaScript engine that Apple pioneered on the desktop is now built into WebKit, the technology at the heart of Safari, and more than doubles the performance of JavaScript execution using just-in-time compilation. With the Nitro JavaScript engine, Safari provides an even better mobile browser experience working faster to support the interactivity of complex sites you visit on a daily basis.
New iTunes Home Sharing allows iOS 4.3 users to play music, movies and TV shows on an iPad, iPhone or iPod touch® from their iTunes library on a Mac® or PC over a local Wi-Fi network. With a simple tap you can enjoy all the media in your iTunes library wherever you are in your home. You can stream a movie from your Mac in one room to your iPad in another or stream an iTunes mix to your iPod touch from the office to the kitchen. With Home Sharing on your iPad, iPhone or iPod touch you’ve got your entire iTunes library in your hands wherever you are in your home.
iOS 4.3 includes enhancements to AirPlay, the breakthrough wireless technology that allows users to stream music, photos and video to Apple TV®. With iOS 4.3 you can stream additional content including video from third party apps and web sites, videos from the Photos app and previews from the iTunes app to your TV.* AirPlay also allows you to bring photos to life on the TV screen by using one of the stunning new slideshow transitions, or shoot a video on your iPad 2, iPhone or iPod touch and stream it directly from the Photos app to Apple TV.
The new Personal Hotspot feature in iOS 4.3 lets you bring Wi-Fi with you anywhere you go, by allowing you to share an iPhone 4 cellular data connection with up to five devices in a combination of up to three Wi-Fi, three Bluetooth and one USB device.** Joining a Personal Hotspot is easy and once the feature is enabled a status bar displays how many devices are currently connected. Every connection is password protected and when not in use Personal Hotspot turns itself off to save battery life.
More than 10 billion apps have been downloaded from the revolutionary App Store℠ and more than 350,000 apps are available, including more than 65,000 native iPad apps, to consumers in 90 countries. Users of the more than 160 million iOS devices around the world can choose from an incredible range of apps in 20 categories, including games, business, news, sports, health, reference and travel.

Apple also introduced iMovie for the iPad, which includes a precision video editor, multitrack audio recording, over 50 sound effects, new themes and AirPlay for sharing videos in HD with popular sites. The new iMovie app is also universal, so it will also run on iPhone and iPod touch as well, and it still runs $5 in the App Store.

Garage Band for the iPad, also announced at the event, features a variety of touch instruments and recording capabilities. Users can also plug in a guitar and play real instruments as well. The app sports guitar amps and effects, 8-track recording and mixing, over 250 audio loops to play with, and it’s compatible with the popular OS X version for Mac. Garage Band will cost $5 in the App Store when it launches on March 11th.

There you have it.  Quite a busy day for Apple, some announcements we new were coming, as well as some new enhancements that keep pushing Apple one step ahead of the mobile world.

The Incase Reform Hardshell is an ultra-durable protective laptop case for the 13-inch MacBook Pro that features two-ultra-protective layers by combining a sturdy scratch-proof polycarbonate co-molded outer shell with a resilient and shock-absorbing TPU inner layer for outstanding protection against unexpected shocks, bumps, knocks and drops. This protective laptop case for the Macbook Pro 13 is designed to be fully compatible with its Thunderbolt 3 (USB-C) ports, all while also featuring a Drop Protection Rating for up to 4ft. drops and Antimicrobial Defense for its two ultra-protective layers, as well as Rubberized Anti-Slip Feet, a Secure-Snap Cover Lock to protect your Macbook Pro 13's display screen, and Strategically Positioned Air Vents that help keep the heat within your Macbook Pro 13 to a minimum. All and all, this protective laptop case for the 13-inch MacBook Pro has everything you need to keep your Macbook Pro 13 completely protected on any future scenario, whether that's working with it a coffee shop, at a local pub, the library, your backyard, while traveling, or even while enjoying the outdoors.
Read more
Computers

Practicing email hygiene frequently allows you to keep your email list accurate and up-to-date so that you're only emailing the relevant audience.
Read more

How Touch Screens Are Changing HMI