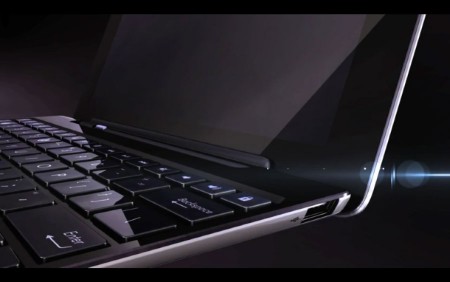 The new ASUS Transformer Prime Android tablet, the second generation of the ASUS Transformer Prime family, looks to be the makings of an iPad killer.  Sure, you’ve heard this claim before, but this might be as serious of a competitor as we’ve seen.  The Transformer will have a 10-inch touchscreen display, mini-HDMI port and a 14.5 hour battery span. The tablet will also have an SD Card slot, 2 USB ports and a keyboard Dock.

The new ASUS Transformer Prime Android tablet will run Android 4.0 Ice Cream Sandwich.  Whether that’s available at launch or an after-launch update remains to be seen.  It’s also going to be the first tablet to sport the next generation NVIDIA Tegra 3 quad-core processor.  For you laymen out there, the Tegra 3 blows away any other tablet processor around, especially the iPad 2’s A5 processor. 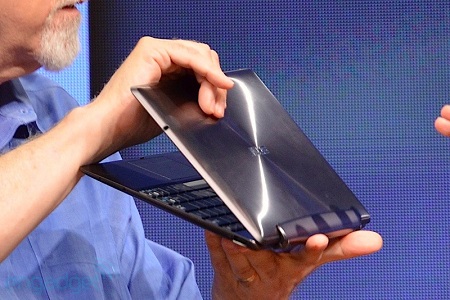 The Transformer Prime measures a mere 8.3mm thick, slightly thinner than the iPad 2.  It also has a slick new design, similar to the new ASUS Zenbook laptop, with shiny metal backing and curved bezel surrounding.

The ASUS Transformer Prime, with all of its improvements, especially the keyboard feature, could easily grab a large share of the tablet market.  Ice Cream Sandwich promises to be a tablet OS like nothing we’ve seen before.   Additionally, the price (around $400) is nearly the same as its predecessor, and the  design and specs are pretty impressive.  Look for the 2nd-generation Transformer Prime to gain some popularity speed when it hits the market. 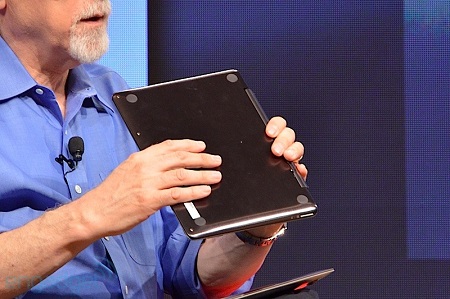 Check out the video teaser of the new ASUS Transformer Prime…

The XL Speaker is a giant-sized earbud Bluetooth speaker that features a trendy and cool design while also proving capable of delivering a full and natural sound with a dramatically deeper bass than you'd expect. This funky-looking giant earbud Bluetooth speaker would be a great addition for any music lover's home. It looks great, sounds great, it's easy to control, easy to connect to any your devices either via Bluetooth or with a cable connection, and can even play songs from memory cards and thumb drives.
Read more
Computers

The Lenovo IdeaPad Duet Chromebook is a sleek and powerful 2-in-1 laptop and tablet that features a 10.1" FHD IPS touchscreen, a detachable keyboard, 4GB of RAM, 64GB of storage space, a 8MP rear-camera and a 2MP front-camera, and up to 10 hours of battery life. Without a doubt, this is the TOP 1 Chromebook that you'll find getting the closest to perfection when it comes to 2-in-1 laptop and tablet solutions when taking its under $300 price-tag into account. Overall, this is a solid midrange 2-in-1 Chromebook for you to go with, especially when considering its extremely low price for its really nice specs, which, in theory, shouldn't be coming as cheap as it is when taking into account all the goodies that the unit packs under the hood.
Read more
Media Gadgets

The Plantronics Poly Studio is a sleek and plug-and-play USB videoconferencing bar that features a camera that records 4K video and a high-end 6-mic array. This video bar also features both USB, Bluetooth, and Wi-Fi connectivty options, making it the perfect videoconferencing tool for any smaller businesses, but also working great for medium to large companies with huddle rooms in need of a simple plug-and-play solution.
Read more