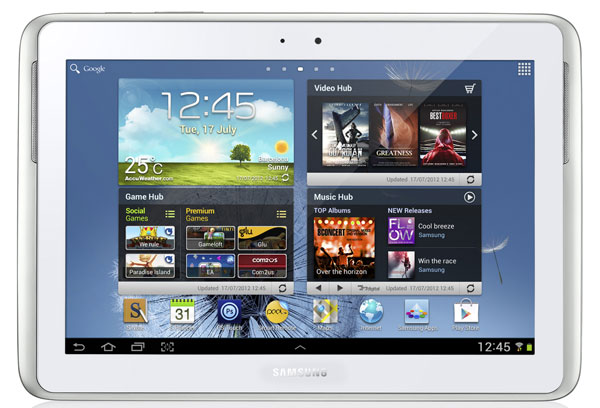 Samsung is officially announcing its S-Pen slate, the Galaxy Note 10.1.  The TouchWiz Android tablet is set to hit retail shelves tomorrow, August 16th, and will come in 16GB and 32GB WiFi-only configurations priced at $499 and $549, respectively.

The additional Wacom-like digitizer panel optimized for the company’s handwriting recognition software and a slew of stylus-specific, pre-loaded apps, like Adobe’s Photoshop Touch and Samsung’s own S Note really distinguish this rig from the competition.  The Galaxy Note 10.1 will come in grey and white, and as mentioned, you can pick one up tomorrow, August 16th.

Check out the Official Samsung Video…