Apple’s AirPods are widely convenient, but they’re not perfect. One of the major shortcomings of iPhone’s wireless headphones is the fact that they’re, well, wireless, and aren’t compatible with anything lacking Bluetooth. Twelve South, which has a reputation for making attractive, smart Apple peripherals, thinks it’s solved the problem with AirFly ($40). 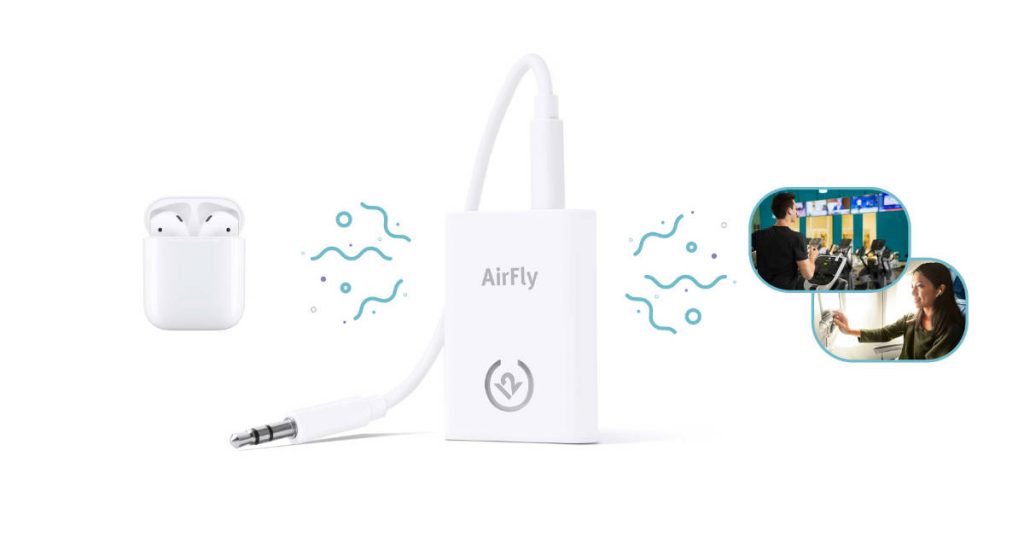 The AirFly Bluetooth-broadcasting dongle allows your AirPods to be compatible with pretty much anything with a 3.5mm headphone jack. As you might expect, given its name, the AirFly was made for in-flight entertainment. Twelve South’s offering is sleek and slimmer than your the AirPod charging case, but a little longer. It’s charged through a micro-USB port, and connects your AirPods (or any other other wireless headphones or earbuds) to anything with a 3.5mm audio jack. The company adds that it’ll last for about eight hours of audio playback, which is longer than Apple’s wireless earbuds last. 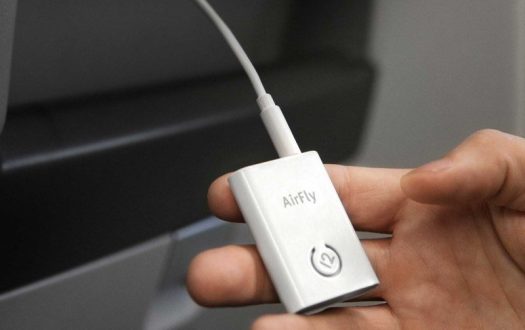 The AirFly dongle essentially give you your favorite Bluetooth headphones the ability to work with older tech lacking wireless connectivity. It’s also great at the gym, where treadmill and other cardio machines equipped with 3.5mm audio jacks can now accommodate your wireless headphones with the AirFly. The device is lightweight enough to hang from the tensile strength of most headphone cables. 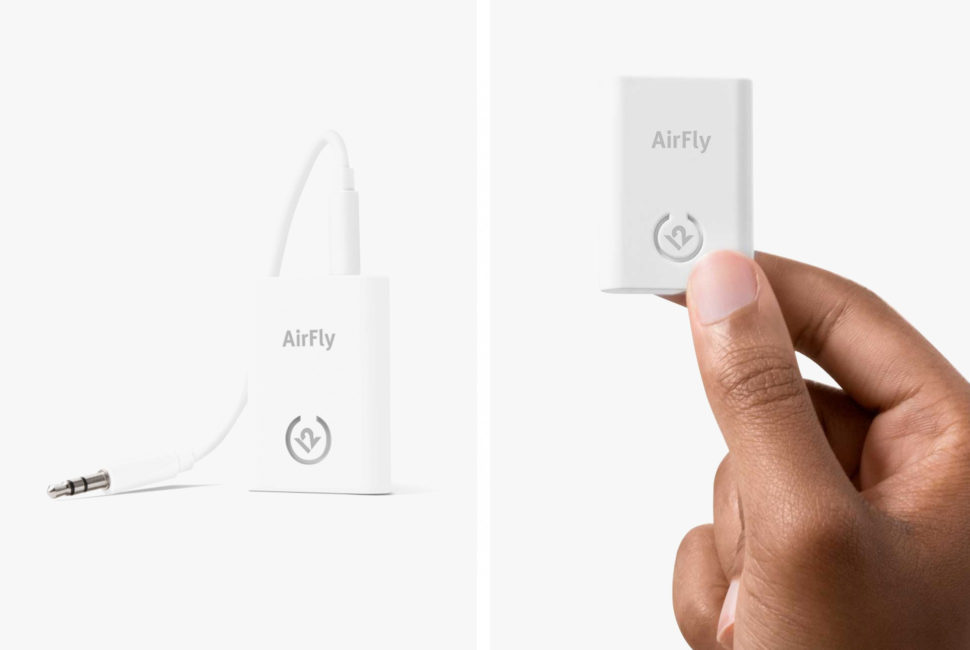 The biggest challenge might be remembering how to tether AirPods to something other than your iPhone. Fortunately, Twelve South provides a simple manual to ensure you’re linking your headphones properly. Also, you’ll have to re-sync AirPods to your phone once you’re done using them with the AirFly.

The SOUNDPEATS Air3 Pro are true wireless earbuds that feature a great sound quality, boasting an Hybrid Active Noise Cancelling function that brings users a fully immersive listening experience, a Transparency Mode, CVC 8.0 Noise Reduction technology that ensures users get an enhanced voice quality during voice calls, as well as built-in Touch Controls, Bluetooth 5.2 Connectivity, a Game Mode with recuded latency at just 60ms, and even TrueWireless Mirroring technology for using just one earbud alone for music or calls, or both earbuds together, all while offering you up to 24 hours of battery life. SOUNDPEATS Air3 Pro In sum, these true wireless earbuds pack all the quality-of-life functionalities you'd want to have on a pair of wireless earbuds, meaning that you can use them to enjoy your favorite music at any time of the day, no matter what you're planning on doing next, whether that's during your work-time, for studying, working out, etc.
Read more
Headphones/Earphones

The SteelSeries Arctis Nova Pro is a multi-platform wireless gaming headset equipped with Premium High Fidelity Drivers that deliver a high-fidelity audio-quality, while also featuring built-in Controls, a Multi-System Connect HUB for USB switching between PlayStation and PC, as well as Dual Wireless Low Latency 2.4GHz and Bluetooth 5.0 Connectivity, along with 2 separate Removable Batteries that offer up to 44 hours of battery life, and also a 15-minutes Fast Charging functionality that offers 3 hours battery-charge. Designed for both PlayStation gameplay (including both the PS4 and PS5) as well as for PC gameplay, this wireless gaming headset not only offers passionate gamers multi-platform versatility via its Multi-System Connect HUB's simplified USB switching, but it also brings them an excellent high-fidelity audio-quality with its revolutionary 360° Spatial Audio for a truly immersive listening experience. Best of all, the combination of its Dual Wireless Low Latency 2.4GHz and Bluetooth 5.0 Connectivity together with its 2 Swappable Long-Lasting Lithium-Ion Batteries makes this wireless gaming headset pretty much unbeatable in comparison to most other wireless gaming headsets out there.
Read more
Headphones/Earphones

The AXS Audio Professional Earbuds are true wireless earbuds that feature great sound quality thanks to their True Wireless HD Stereo, IPX4 Water-Resistance Rating, ANC Mode, Electronic Noise Cancellation for high-quality voice calls, Bluetooth LE 5.2 Connectivity for a lossless audio quality, along with Voice Assistant support, Fast USB-C Charging and Wireless Charging compatibility, and up to 38 hours of battery life. All in all, these these high-definition true wireless Bluetooth earbuds are capable of delivering you a true high-definition sound quality for indulging in a remarkable all-day music-listening experience.
Read more
Headphones/Earphones

The Yamaha TW-E5B are true wireless Bluetooth earbuds that feature 7mm Dynamic Sound Drivers that deliver great audio quality powered by Yamaha True Sound Technology, an awesome Ambient Sound Mode, IPX5 Water-Resistance Rating, built-in Button Controls, stable wireless Bluetooth 5.2 Connectivity, Voice Call support, as well as Voice Assistant support for Siri and Google Assistant, and up to 30 hours of battery life, along with a 10-minutes Quick-Charging function. All in all, the Yamaha TW-E5B make for a great option of true wireless Bluetooth earbuds for you to go with, boasting every quality-of-life functionality you'd expect to have on a pair of wireless earbuds that are specifically designed for modern-living.
Read more