Microsoft has been diving head first into hardware from mice to the Xbox to the Surface tablets and laptops, and they’re now in the noise-canceling headphones business with the new Microsoft Surface Headphones.

The $349 Surface Headphones is a great first stab. The sound is satisfying if a bit neutral in its tuning. The low end is there, but it’s not accented as much as, say, Beats headphones. The mids and highs don’t sound muddy, but they are also not as crisp as I would like for cymbal crashes.

Overall, the sound feels slightly subdued and not as crisp and warm as some. Neutral might be what you’re looking for, but in that tuning, the high end loses some of its magic. The low end is better represented, but even that is slightly squelched. It feels like Microsoft was going for a happy medium hoping to appeal to as many people as possible.

Making the headphones appeal to a large swath of the population has also resulted in a comfortable wearing experience. The flexible band has been engineered to fit most heads without putting undue pressure on the wearer’s ears or skull. The soft memory-foam materials is quite comfortable, and the band also has smooshy material that caresses the top of your head. The headphones are comfy and they should be great for long plane rides.

Noise cancelling works like a charm. It cuts out a lot of noise. Microsoft added the ability to adjust the strength of the noise-canceling. The headphones have 13 levels of ambient noise, including one that actually slightly amplifies what’s going on around you.

It seems like a weird feature to actually enhance the noise around you, but it’s actually a great way to listen to music while still being able to interact with others. It’s also something others in the market are adding to their headphones. Cortana also works with these suckers. You can ask Cortana questions using the iOS and Android apps or via a Windows machine and she answers them without much bother. You can also add things to your calendar, start phones calls, send emails and generally do the things you expect from a voice assistant. The rub is that Cortana robs the headphones of precious battery life. 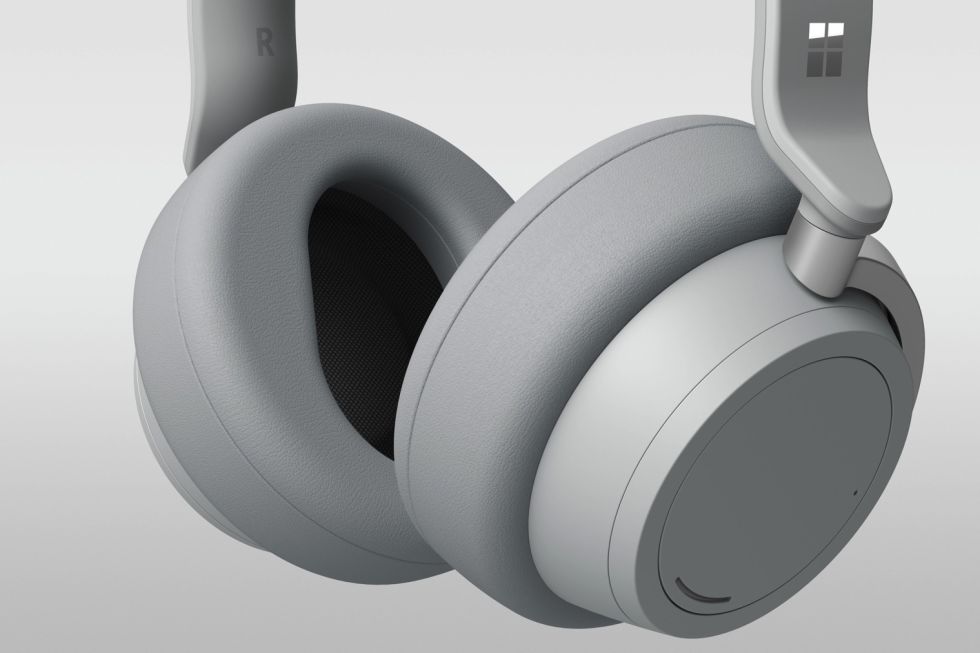 The Surface Headphones will last up to 15 hours on a charge. Microsoft is mulling an update that would allow users to turn off Cortana to get more battery life. Also, any smartphone you connect these headphones to will already have a voice assistant that you can use. Siri, Google Assistant — they’ll work with any Bluetooth headphones with a mic. You just use the wake word while wearing the headphones and your Apple and Android devices react.

Even with the strange inclusion of Cortana, Microsoft has built a very nice pair of headphones for its first try. It pulled together people from within the company from a bunch of different departments to make this happen. And while the first Xbox was a triumph and the first Surface tablet was less so, the Surface headphones land somewhere in the middle. A great first start, but they’re not going to unseat the reigning headphone champions like Sony and Bose. But they’re in the running, and that’s a good start.

The Timekettle WT2 Edge/W3 Earbuds are high-end AI-powered translation earbuds that can translate speech in two-way communications in real-time with 95% accuracy and at a very low latency within just 0.5 to 3 seconds, featuring Bi-directional Simultaneous Translation, Smart Noise Reduction for background noises, Online Translation support to 40 languages and 93 accents, as well as Offline Translation for 8 languages, plus 4 Translation Modes, a 6-Person Bilingual Meeting function, a 40-Person Multilingual Remote Group Chatting function, both Wi-Fi and Cellular Connectivity, Bluetooth 5.0 Connectivity for their In-App functionalities, and up to 12 hours of battery life. Powered not only by Timekettle's own AI language-translation engine, but also by 6 of the world's top leading translation engines (DeepL, Google, Microsoft, iFlytek, AmiVoive, and Hoya), these high-end AI-powered translation earbuds are designed to deliver faster and more accurate translations to all of your business meetings and personal conversations. The WT2 Edge/W3 Earbuds are great for any sort of scenario, whether that's family reunions, personal business meetings, online business meetings, teaching environments, as well as healthcare environments, and more.
Read more
Headphones/Earphones

The GravaStar Sirius P5 are open-ear wireless earbuds that feature an amazing high-resolution sound quality by utilizing Qualcomm aptX audio technology, support to Voice Calls, Environment Noise Canceling for blocking out external noises, both a Music Mode and a Gaming Mode with a low-latency of just 48ms, built-in Touch Controls, plus Bluetooth 5.2 Connectivity, support to Multipoint Connection for using them with 2 Bluetooth-enabled devices at once, 8 hours battery on a single charge, and up to 40 hours battery in total. When accounting for their incredibly long battery life, these are simply some of the best (if not the very best) wireless earbuds that you can currently get on the market. To top things off, their unique sci-fi-themed design greatly adds up to the deal as a whole.
Read more
Headphones/Earphones

The H2O Audio TRI Multi-Sport Headphones are a pair of multi-sport open-ear waterproof headphones rated to have a IPX8 Waterproof Rating that work based on built-in speakers powered by bone conduction technology, all while also featuring a Multi-Sport Design that makes them suitable to be used for multiple different sports, built-in Button Controls, a built-in MP3 player with 8GB of internal memory that allows you to store hundreds of songs, Bluetooth Connectivity, Voice Assistant support, and up to 9 hours of battery life. These sleek open-ear waterproof headphones are perfect to listen to music while practicing any sort of sports. They're comfortable to wear, easy to operate, and also have a really good run time for their battery life.
Read more
Headphones/Earphones

The SOUNDPEATS Air3 Pro are true wireless earbuds that feature a great sound quality, boasting an Hybrid Active Noise Cancelling function that brings users a fully immersive listening experience, a Transparency Mode, CVC 8.0 Noise Reduction technology that ensures users get an enhanced voice quality during voice calls, as well as built-in Touch Controls, Bluetooth 5.2 Connectivity, a Game Mode with recuded latency at just 60ms, and even TrueWireless Mirroring technology for using just one earbud alone for music or calls, or both earbuds together, all while offering you up to 24 hours of battery life. In sum, these true wireless earbuds pack all the quality-of-life functionalities you'd want to have on a pair of wireless earbuds, meaning that you can use them to enjoy your favorite music at any time of the day, no matter what you're planning on doing next, whether that's during your work-time, for studying, working out, etc.
Read more