Uber wants to give their rental scooters and bikes the same autonomous driving skills as they intend to do with cars. They’re setting up a new robotics unit specifically for this called “Micromobility Robotics”, and it will explore ways to enhance various  aspects of its bike and scooter-sharing services. 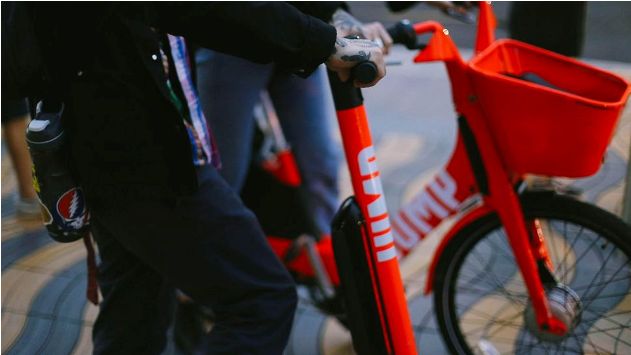 The new robotics division is part of Jump, the bike and scooter-sharing company that Uber acquired in 2018. Such app-based services let you rent bikes and scooters for trips across town, with charges made by the minute. While some require the rider to leave the vehicle in a designated parking zone, others, such as Jump, are dockless, meaning you can leave them pretty much anywhere. One of the major costs of the operation comes from the effort it takes to ensure the electric bikes and scooters are charged, and are left in locations that are easily reachable by other users.

While Uber is yet to confirm the aim or even existence of its Micromobility Robotics unit, multiple reports suggest it may be exploring the idea of building self-driving bikes and scooters that travel to riders who order them up on the app,or that automatically return to depots to have their batteries recharged.

If the idea of numerous bicycles and scooters traveling about town by themselves sounds far-fetched, then it’s also possible that the company is looking at ways to use autonomous technology to improve the safety of these bikes and scooters. This could involve fitting its electric vehicles with obstacle avoidance sensors to reduce the chances of accidents.

Uber’s growing interest in going beyond vehicle ride sharing is part of the company’s strategy to build what its CEO describes as an “urban mobility platform.” Dara Khosrowshahi said in August 2018 that two – wheelers are better suited to inner-city travel than large cars – especially during rush hour – as it’s “very inefficient for a one-ton hulk of metal to take one person 10 blocks.”

Lyft is doing something similar, with both companies investing in this market.

David Novak
Previous articleWith no Future for Windows Phone, Microsoft is Telling People to Switch to IOS and Android
Next articleCat SC48C Smartphone is as Rugged as They Come

While Twitch is primarily known for its live streaming of video games and eSports tournaments, the platform also has channels dedicated entirely to online slots, which is a section that has been gathering more followers every day, and is now close to reaching half a million regular followers. This articles discusses some of the most popular online slots games that are currently live-streamed on Twitch.
Read more
Technology

The Xiaomi Mi Air Charge Technology will potentially bring you "True" Remote Wireless Charging for anywhere in a room, within a radius of several meters.
Read more
Technology

With Spyic you can read your wife’s phone text messages on Android & iOS for free. You won’t need to root or jailbreak her phone to view her text messages.
Read more