While there’s no news of a Key3 successor yet, TCL took to MWC 2019 to announce a new, bold red version of the BlackBerry Key2. Featuring a red aluminum frame and black accents, the BlackBerry Key2 Red Edition offers a dramatically different approach to the sleek and business-like Key2. The Red Edition will also come with 128GB of storage space, making it the first time this storage option has been officially offered in the U.S. In Europe, you’ll be able to pre-order it from February 24, but it will soon be available for purchase in the U.S. for $749. That’s $100 more than the standard Key2, but you get a pair of red BlackBerry-branded headphones thrown in as well.

The Key2 looks very similar to the KeyOne, but look a little closer and it’s clear that BlackBerry has taken the chance to tighten up the design. The Key2 is lighter than its predecessor, thanks to the aluminum used in the body. It’s taller, too, and does away with the ugly silver bezel at the top of the phone, replacing it with a slimmer, black bezel that doesn’t take as much attention away from the 4.5-inch IPS LCD display. The soft-touch textured back remains much the same, but the inclusion of BlackBerry’s first ever dual-lens camera system really sets the phone apart from its predecessors. 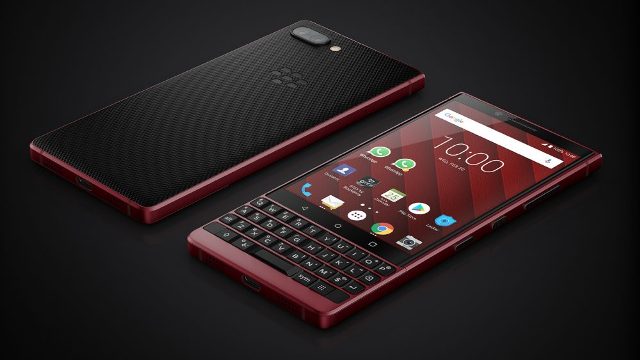 The keyboard has been extended slightly up the phone’s body, and that has allowed BlackBerry to make the keys 20 percent taller than the KeyOne, which should make typing easier. The keyboard also now contains a key that BlackBerry is calling the “Speed Key”. Hold this key and tap another, and you’ll be transported from one app to another instantly.

The fingerprint-sensing space bar is back, and the keyboard still functions as a trackpad. There’s a USB-C port along the bottom of the phone, while a headphone jack sits at the top.

Blackberry’s phones have traditionally been lower-powered than most of the competition, and the Key2 won’t be changing that tradition. While most companies’ flagship phones are running the hyper-powerful Snapdragon 845, BlackBerry has stuck to its guns with the Snapdragon 660. The lower-powered processor won’t be able to provide the same raw power as a stronger one, but it will still provide strong performance for the phone, especially when paired with 6GB of RAM, which should make multi-tasking easy. While a higher powered processor is better for running flashy games and the like, opting for more multi-tasking power with additional RAM shows BlackBerry’s enterprise roots.

That strong multi-tasking ability should be helped by a hefty 3,500mAh battery. The KeyOne managed great battery performance, boasting well over a day’s worth of battery, and we expect the Key2 will continue this tradition. When it does run out, there’s support for Quick Charge 3.0 as well, so users won’t be waiting by charging ports for too long. Unfortunately, there’s no wireless charging. 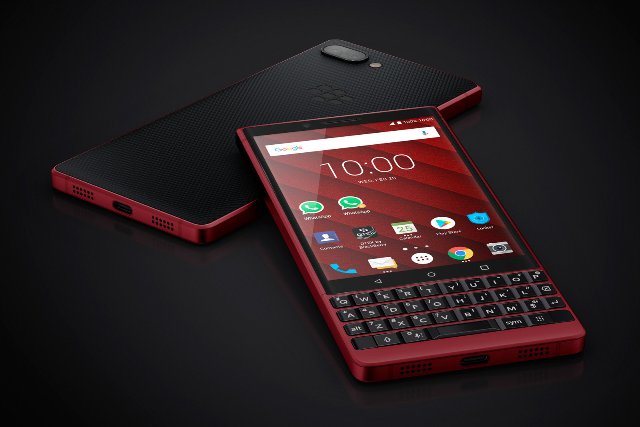 There’s plenty of space on the phone, too, with 64GB (128GB is available in certain markets) of onboard storage, and the option of using a MicroSD card to boost that. Despite a lack of other Blackberry phones on Android 8.0 Oreo, the Key2 will ship with Android 8.1 Oreo. Expect to see Android 9.0 Pie on there eventually, and BlackBerry has promised Android Q as well.

Camera and Other Features

BlackBerry has finally caught up with a good camera, and the Key2 sports the BlackBerry brand’s first ever dual-lens setup on the rear. There are two 12-megapixel lenses on the back of the Key2 – one with an f/1.8 aperture, the other with an f/2.6 aperture. This should give the BlackBerry a strong enough camera suite, and with the addition of a Portrait Mode and a 2x zoom, the company will finally have a competitive camera.

While the software loaded onto the phone is mostly stock Android 8.1 Oreo, there are a whole swathe of additional BlackBerry-branded apps that should be familiar to any seasoned BlackBerry user. There’s also some seriously interesting security features loaded on by default, from the DTEK software that watches what apps are accessing– and avoids unauthorized accesses. Locker allows users to keep various apps and files private, and the security-focused Firefox Focus web browser installed by default.

The BlackBerry Key2 costs $650, and it’s available now on the Blackberry website. It will be an unlocked variant that’s only compatible with GSM networks, meaning AT&T and T-Mobile. It will not work on Sprint and Verizon. Both the silver and black color options will be available at Amazon, as well as Best Buy retail stores and online. Last year’s BlackBerry KeyOne was sold on Sprint’s network, so there’s a chance a CDMA Key2 variant with Verizon and Sprint support will arrive later this year.

In the U.K., the phone is available  through Selfridges and Carphone Warehouse, amongst other retailers. The silver and black Key2 models will be sold, and the price is set at 580 British pounds, or about $767 US.