The Nubia Alpha is somewhere between a wearable and a phone. It’s actually a device with all the features and functionality of a phone, but which wraps around the wrist like a fitness band.

Unveiled by Nubia at their press conference at MWC 2019, its 4-inch 960×192 OLED screen follows the strap of the watch around the wrist, covering roughly half the wrist. 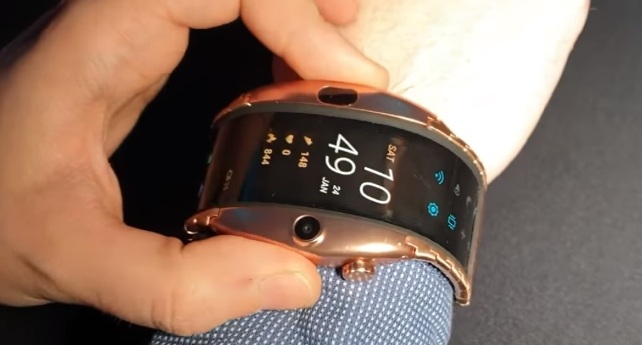 The Nubia Alpha doesn’t exactly have smartphone specs, with 1GB RAM and 8GB internal memory, and only 500mAh battery power, but with a 4-inch flexible OLED screen it doesn’t really need it. The device is even kitted out with a 5MP front-facing camera, so it truly does come with all the functions of your phone. 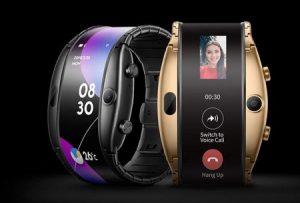 Nubia suggests the device will last 1-2 days of regular use, or a week on standby, which we’ll test when we get our hands on it for a review. You can use the Alpha to call and text, and use a variety of apps and the internet, without a connection to a smartphone, which sets it apart from many other fitness trackers which connect via Bluetooth to your smartphone. Instead it uses eSIM technology, so it won’t necessarily replace your phone.

The Nubia Alpha is running Nubia’s own operating system, designed more as a wearable OS than a smartphone one. One interesting feature of this is air controls, which let you scroll through, or backtrack out of, a menu just through hand gestures.

If you use wearables for their fitness tracker possibilities you’ll find the Alpha sporting all the necessary functions like heart rate monitoring and sleep tracking. It can also store and play music, using the Nubia Pods. These wireless earphones are launching along with the Nubia Alpha, and link with the device.

There are two versions of the device launching – Bluetooth and eSIM models, with the latter available in a gold variety. The Bluetooth model will launch for €449 (roughly $510, £390, AU$710) in Europe, North America and China, sometime in the second quarter of the year. 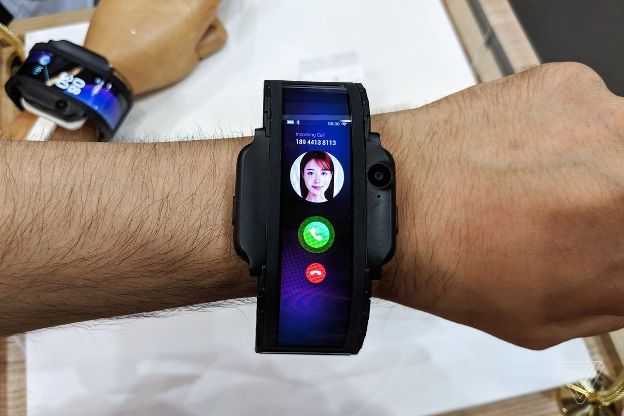