Following the announcement of the Nighthawk Tri-band AX12 router in March, Netgear is expanding its lineup and is launching yet another new Wi-Fi 6 router. Available later in April, the Nighthawk AX4 router sets out to bring Wi-Fi 6 speeds to the masses for only $200.

Inside of this new four-stream AX3000 Wi-Fi router is a dual-core processor with a small-packet handler. It also features a 16-client orthogonal frequency-division multiple access (OFDMA) to allow simultaneous connections for multiple Internet of Things (IoT) devices without sacrificing internet speeds. Other features on the new router include a high-power design, which allows for better coverage and performance when used in homes and offices. It even delivers support for Gigabit Wi-Fi on compatible mobile devices. 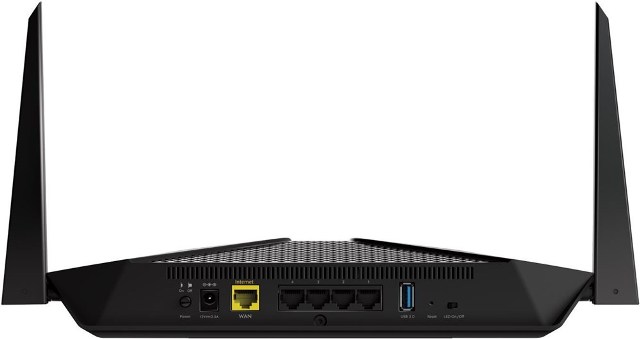 Similar to Netgear’s other Wi-Fi 6 routers, the Nighthawk AX4 is wall mountable and integrates with Nighthawk app, which allows users to easily set up, control, and monitor a home network. The Nighthawk AX4 offers up interference-free channels with its support for dynamic free selection (DFS.)

Currently, there is a wide selection of new Wi-Fi 6 routers available through Netgear. At $200, the most affordable is the Nighthawk AX4. One step up from that is the Nighthawk AX8 ($400), which brings high-performance 8-stream Wi-Fi to smart homes, and at the top of the heap is the 12-Stream Nighthawk Tri-band AX12 ($600).

The Wi-Fi 6 standard brings low latency and shorter delay times as internet data is sent across the network. Without upgrading the internet speed, Wi-Fi 6 also supports MU-MIMO technology, which is able to make networks more efficient.

Battery life can also be improved on Wi-Fi-6-compatible devices. The list of supported devices is still short. It includes the Galaxy S10, and newer Lenovo ThinkPad models. However, as more Wi-Fi 6 routers are released, you can expect to see more device makers to come on board with the new technology.