A Kickstarter campaign until May 10, Antstream is the first game-streaming platform built specifically and exclusively for retro games. The current plan is to enter beta later in 2019 with support for Xbox One, PC, Mac and Android initially, and iOS support to follow shortly thereafter. While 400 games will be available at first. 2,000 games are already licensed, so that number will quickly grow.

Game-streaming platforms are all the rage in 2019, with Microsoft, Electronic Arts, and Google among the largest companies to develop their own platforms. However, retro-game streaming is a brand new concept, and Antstream is hoping to change that.

In order to use Antstream’s retro game streaming, all you need to do is install the platform on a supported device, create your account, and choose the game you want to play. You’ll be able to instantly start playing the game of your choice without waiting for a download, and there will be multiple versions of certain games to choose from. Right now, games supported by Antstream originally launched for platforms like the Sega Genesis, Spectrum, Commodore 64 and the arcade. 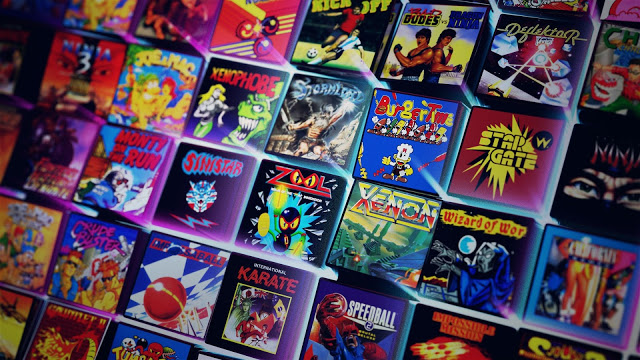 There are some fairly big-name titles on the list, including Double Dragon, Fatal Fury: King of Fighters, Ikari Warriors, and Metal Slug. SNK and Gremlin Interactive are among the biggest companies supporting Antstream. Nintendo is, as expected, not included on the list, so you might be stuck using emulators or purchasing the NES Classic and SNES Classic if you want to play its older games today. That is, of course, unless you still own the original hardware they were released on.

Antstream is seeking just over $65,000 in crowdfunding, and has already received nearly 20 percent of that goal at the time of this writing. If you pledge $36, you’ll receive a six-month subscription to the service, as well as access to the official Discord channel. Initially, Antstream will be limited to North America and Europe, but pricing has not been outted yet.

Lacie Float- Harddrive and Trackpad in one Concept