At WWDC, on 3 June 2019, Apple announced the iPadOS, a new operating system specifically for the iPad. The new iPadOS aims at offering simplicity and ease of use, while also increasing productivity and enriching the experience.

iPadOS will be obtainable for consumers in the fall, but a developer beta is already available, and a public beta will be released in July.

While Apple didn’t announce mouse support for iPadOS on stage, developer Steve Troughton-Smith assured iPadOS supports USB mice. But there are a few limitations. When a mouse is plugged into the iPad, a cursor will show up, resembling the button that shows up on the screen when the iPhone has a broken Home button, looking more like a virtual finger than an actual mouse cursor. Smith also confirmed Apple Magic Trackpad support.

But that’s just the beginning. One of the most exciting features for many users is related to productivity updates. The iPad now supports multi-window apps, now being able to have multiple windows of a single app open. As an example, imagine having two Safari windows side by side, which can be extremely helpful in terms of productivity. 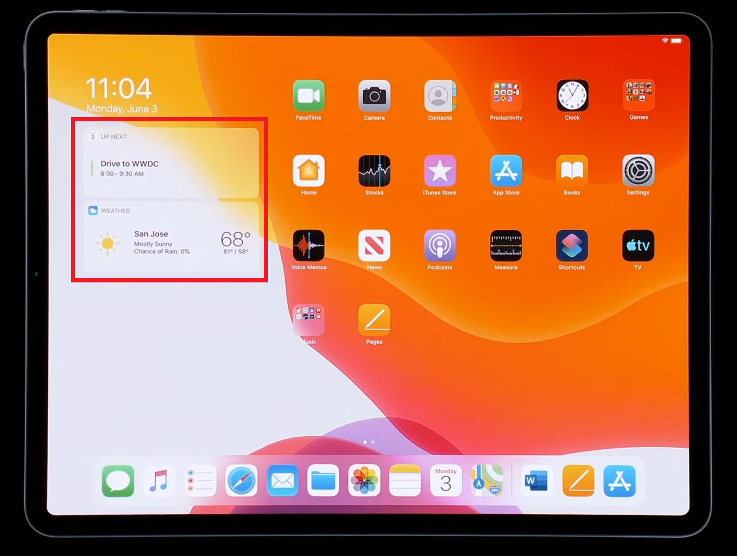 Speaking of Safari, it’s also getting changed on the iPad. Safari will now automatically request desktop websites, ensuring that you don’t have to deal with mobile website versions. That’s all you can ask for when using web apps like Google Docs or WordPress. Not only that, but Safari has also gotten a download manager.

The Files app is now much more helpful. It supports a new column view, which allows you to get a better look at folder hierarchy. The app also finally supports USB drives, allowing the user to import files directly onto the iPad. The iCloud Drive, accessed through the Files app, now supports folder sharing, making you able to share folders and files with family and friends.