Have you ever heard about precise Geo tagging? It’s the ability to tag your precise location within your tweets. This last Tuesday, June 18, Twitter announced that it will be dropping precise Geo tagging support from tweets, since there isn’t enough demand for the feature. However, there is one exception: Tweeted photos will still allow precise geo tagging via the service’s integration with mapping services, like Four Square and Yelp.

The company posted a tweet sharing their thoughts on the matter on @TwitterSupport, its official Twitter Support account: “Most people don’t tag their precise location in Tweets, so we’re removing this ability to simplify your Tweeting experience. You’ll still be able to tag your precise location in Tweets through our updated camera. It’s helpful when sharing on-the-ground moments.”

Twitter originally announced geo tagging support back in 2009, showing big ambitions for the future. Twitter thought people could start browsing tweets based on location, instead of tweets from people the users would follow, which would allow users to keep up with local events like concerts, city fairs, etc. But as the days passed, hash tags and trending topics became the big thing, and people found that using them more convenient.

Geo location tagging always proved to be a tricky matter for the company, especially when it comes down to their users’ privacy. Despite proving useful to reveal their location to connect with other people on events like protests or concerts, users usually ended up revealing more than they wanted after sharing their precise location. Tagging a location as general as “New York City” or “Yankees Stadium” would reveal a user’s exact GPS coordinates, down to the exact longitude and latitude. The company only fixed the issue later in April 2015. Keeping a feature like geo tagging around poses a huge privacy risk, especially if someone tweets their last location accidentally. 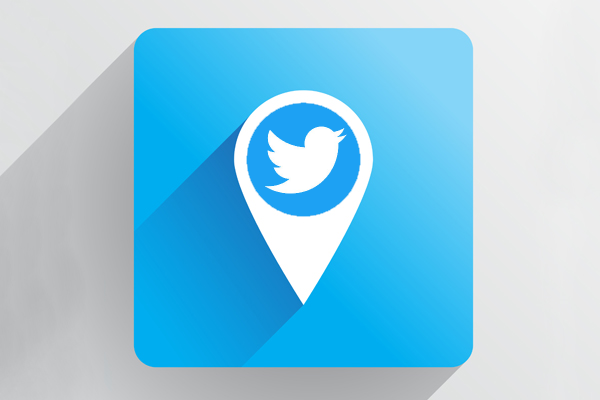 Just this January, a group of international researchers found that the metadata from old tweets that were posted before Twitter’s policy change, still revealed GPS coordinates that were 100% accurate. One of the researchers, named Jason Polakis, said that while the policy change was a “step in the right direction”, the problem still remains, since users can still share their precise location in photos. Polakis also noted that Twitter didn’t mention that the company would be looking to delete old tweets that shared precise location data. Polakis said that after his team published their research, Twitter still refused to remove old location-tagged tweets. Polakis wrote an email saying “In Twitter’s post there is no mention of retroactively removing precise locations from older tweets. When we had published our research, Twitter had stated that they didn’t do that as it didn’t seem appropriate to do so without user consent. I imagine that they haven’t done that now either.” A Twitter representative recently confirmed everything highlighted by Polakis, stating that the platform will not be removing precise location data from old tweets.

Based on the fact that most users don’t agree to share their precise location, this proves to be an unwelcome feature. While revealing the city you live in is one thing, sharing your exact GPS coordinates on a public platform is quite another. Twitter’s decision to stop supporting its geo tagging feature was probably the right move to take, even more after considering that nowadays users are more privacy-conscious.

And while Twitter is looking to get rid of functionalities that the company sees as unreasonable, we’ve already reached 2019 and there’s still no edit button for published tweets, despite having been one of the most common requests since the platform exists. Twitter, are you hearing us?