Visionary Company is Changing the Automobile Industry with this New Design

Many automotive manufacturers have incorporated an umbrella as an added accessory in their luxury models. One luxury manufacturer, Rolls-Royce’s added a transportable umbrella built into the driver’s car door in their Phantom and Ghost models. However, Core77 expresses the need for a built-in product to reduce the risk of visible moisture when opening the door to retrieve the umbrella. moBrella – Built-In Retractable Car Umbrella

Imagine driving a car where you can enter and exit without getting wet. A car that enables a feature that makes rainy days less wet or sunny days more bearable. For hundreds of years, humans wrestled on and off with functionalities of the everyday umbrella. Although an umbrella completes its job by keeping what’s under it dry in showery climates or protected in sunny weather, they still fail to fully protect in-between the stages of opening and closing it. Umbrellas are valuable and useful tools, and with future advancements they can become state-of-the-art luxuries.

One person who grew tired of soiled clothing entering the workplace every time it rained, had a great idea that could potentially fix this problem. Attaching an umbrella to the roof of a car, making it easy to enter and exit it safely but most importantly, completely dry. Maurice Jones, founder of MAJStudios created the moBrella. 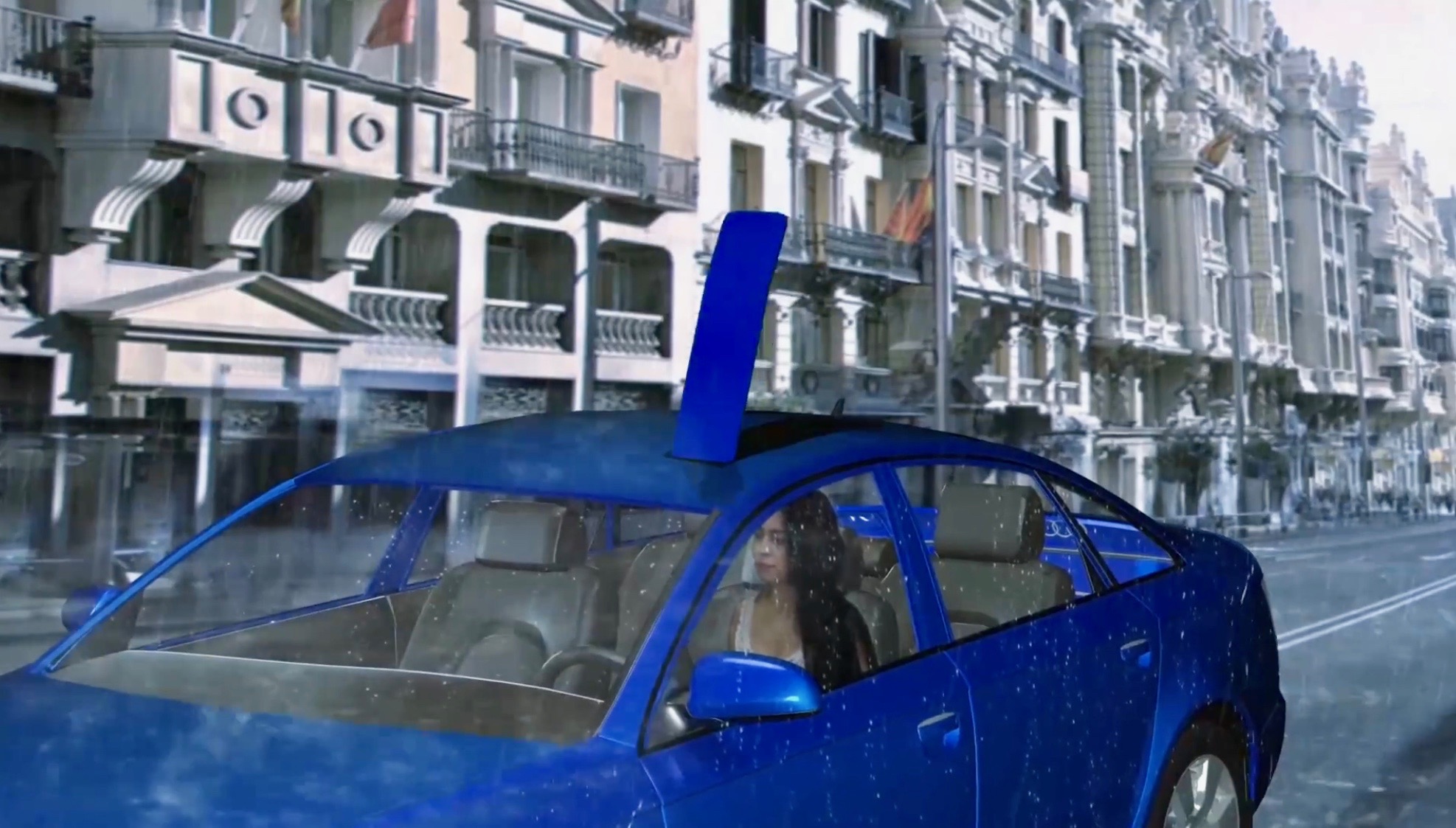 The moBrella is a detachable roof mounted umbrella that automatically deploys before the driver steps out of the vehicle. The moBrella is mobilized by pressing a button located inside of the vehicle using activated computer sensory for rain and elevated heat climates. The control arm then lifts up, opening the umbrella vertically from its stowed position on the rooftop. The top of the control arm functions as a “telescope action” to trigger the umbrella canopy, spring-loading the umbrella. 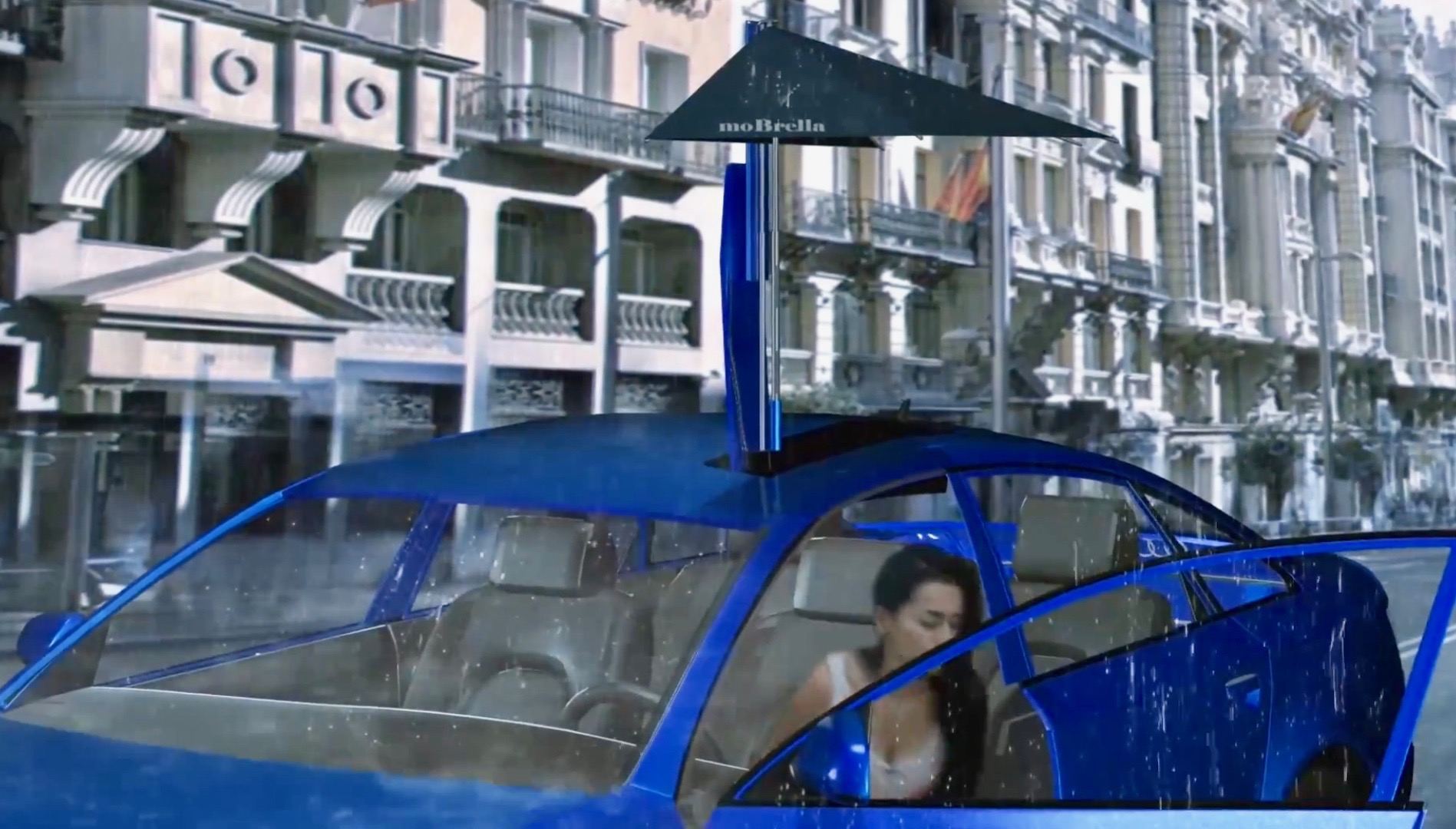 Once the umbrella is fully deployed, the control arm rotates 90° clockwise for the driver’s total coverage while exiting the vehicle. The driver can safely stand under the umbrella, detach it, and proceed with it while staying clear of any water-fall. After the driver has reached a safe walking distance with the key fob, the proximity sensor will automatically return moBrella’s control arm back into its stowed position. 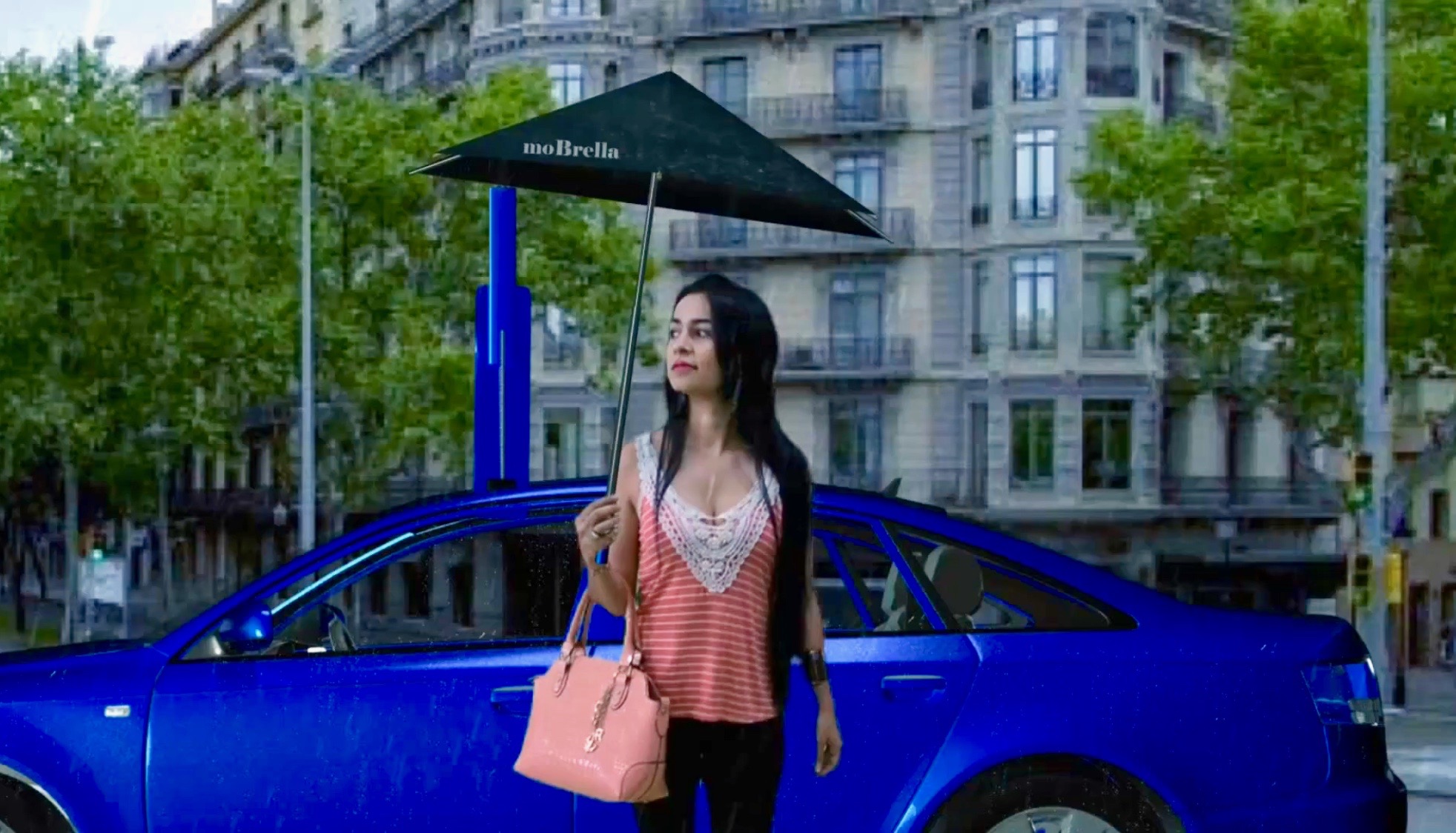 When the driver returns to the vehicle, the proximity sensor is triggered and the control arm will deploy automatically so the driver can reinsert the umbrella back into the control arm and enter the vehicle. Upon shutting the door, the umbrella will close and retreat back into the car.  An indicator on the dashboard will then notify drivers that it’s safe to start driving. 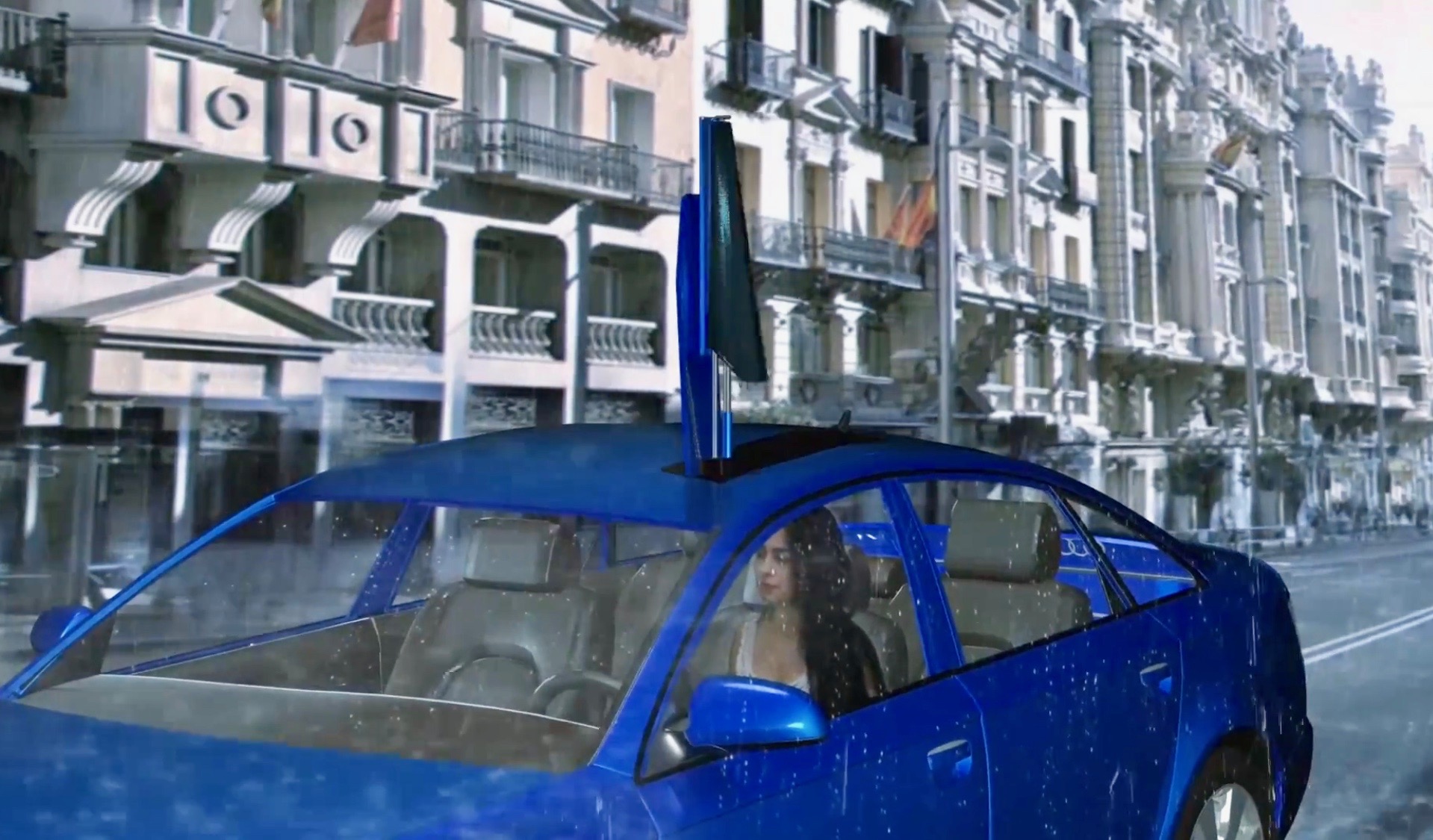 A study conducted by the University of Delaware’s business department; interviewed licensed “new car” drivers that would be interested in adding an umbrella package like the moBrella to deploy before exiting their vehicle. Studies showed that 40% of surveyors would pay up to one thousand dollars for the added feature and 17 % would pay over a thousand dollars to benefit from this new luxury. Another study showed the benefits of umbrellas among people who suffer with skin sensitivities from the sun rays.

So why haven’t more manufacturers considered integrating a built-in umbrella?

Having this innovative technology would significantly increase the consumers comfort level and provide a boost in upgraded experiences.

The moBrella is still a working concept that has created a peaked interest among manufacturers and tech innovators across the industry. Automobile manufacturers who chooses to pioneer this new and advanced feature will only solidify their role as the leader in innovative technology.