HEPA (or High Efficiency Particulate Air) is a designation used to describe air filters that can very accurately trap up to 99.97% of air particles that are as big as 0.3 microns. This specific particle size is referred to by scientists as the MPPS (most penetrating particle size), as particles of this specific size tend to evade standard air filters. However, most modern HEPA filters, which consist of interlaced glass fibers that are twisted and turned in myriad directions to create a fibrous maze, are designed to accurately capture those same 0.3 microns particles as they slowly traverse through an HEPA filter’s interlaced glass fiber web, which helps to take those same unwanted air particles out of circulation. While HEPA filters were originally designed to be used in lab and factory settings, nowadays they’ve can be commonly found in consumer products like cars, vacuum cleaners, and the most obvious ones, air purifiers, of course. This brings us to the BlueMyst BA1180WK True HEPA Air Purifier.

The BlueMyst BA1180WK True HEPA Air Purifier is an air purifier for home use that not only comes equipped with a reliable HEPA filter, but also four (x4) additional filters that allow the unit to accurately deliver a deeper and more professional air cleanse.

HOW DO HEPA AIR FILTERS WORK?

As mentioned before, most modern HEPA filters are based on interlaced glass fibers that are twisted and turned in myriad directions to create a fibrous maze.

This interlaced glass fiber web can accurately  capture particles that are as small as  0.3 microns while they slowly traverse through an HEPA filter’s glass fiber web, which will ultimately remove these unwanted air particles out of air circulation.

Now, back to the BlueMyst BA1180WK True HEPA Air Purifier. Not only does this high-quality air purifier comes at a super affordable cost, but it’s also guaranteed to keep the air within your home breathable and pure.

Let’s take a more detailed look at it and see exactly what’s packing under the hood, as well as what features it has to offer.

The entire unit features a durable construction and comes equipped with non-slip feet at its base that help to keep the entire unit in place. 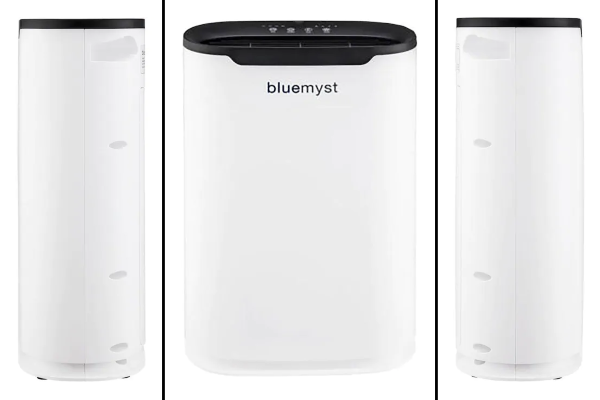 This HEPA-filter air purifier is ETL approved and features a super quiet operation, which can go as low as 35 dBA when the unit is set to work in sleep mode (meaning its lowest Fan Speed – discussed at the end of the article). When set to work with its highest Fan Speed, the unit works at 45 dBA.

The BlueMyst BA1180WK also features an on-board cord management system (located right at the bottom left of the unit’s back-side and around the units base) that makes storage a breeze. 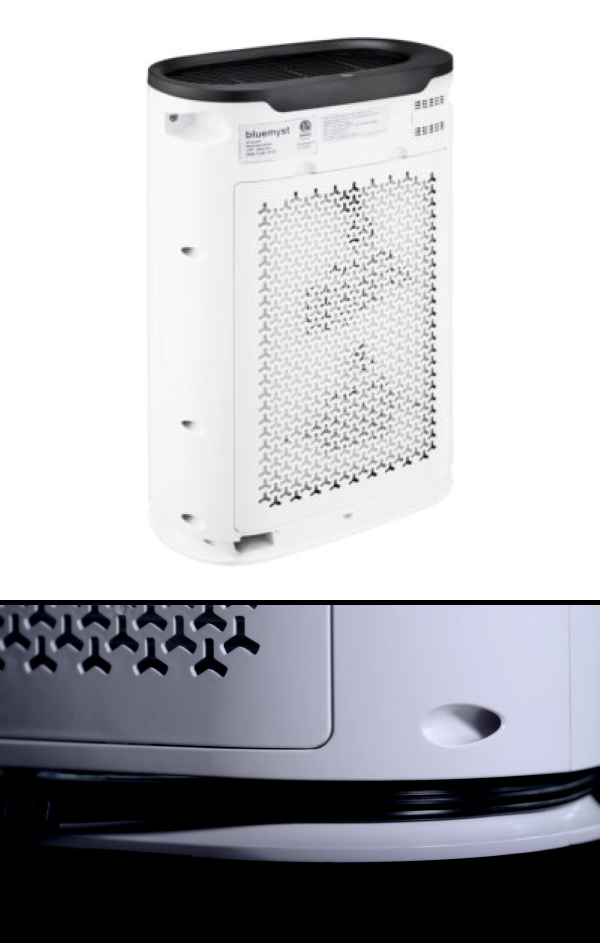 This not only includes the expected standard things like dust, mold spores, and pet dander, but also pollen and even unwanted smoke in the air (either from a cigar or from someone cooking in the kicthen).

Those filters are a Cold Catalyst Filter, an Active Carbon Filter, a Pre-Filter, a HEPA Filter, and an Antibacterial Filter.

The BlueMyst BA1180WK’s Cold Catalyst filter is used to accurately disintegrate the atomic structure of harmful toxins such as VOCs and chemical vapors, ultimately making them harmless.

At the same time, the unit’s Activated Carbon filter collects microscopic odors and noxious gases, which helps to freshen the air within your home.

Simultaneously, the BlueMyst BA1180WK’s Pre-Filter is used to accurately trap any larger particles traveling in the air, which ultimately helps to extend the life of the unit’s HEPA filter.

Speaking of its HEPA Filter, the the BlueMyst BA1180WK’s HEPA filter’s ultra-fine glass fiber mesh can trap up to 99.7% of allergen-causing particles, and that includes mold spores, pollen, and even dust mites.

Lastly, the unit’s antibacterial filter was designed with intuitive functionality, working together with the air purifier’s inner mechanisms to consistently and accurately protect an entire room of up to 236-sq ft. against the growth of bacteria, mold, and mildew.

By combining these five high-quality filtration layers together, the BlueMyst BA1180WK True HEPA Air Purifier can offer its users a reliable “5-Stage” filtration process so that they ultimately get a deeper and more professional air cleanse for their household air, and this will work flawlessly in a room as large as 236 sq. ft.

The air purifier’s 5-Stage HEPA Filtration Process can ultimately offer a Clean Air Delivery Rate (CADR) of 180 cubic feet per minute by every 3 hours of operation.

This ensures that you always get a removal rate of up to 99.95% of all air pollutants, as well as 99.7% true HEPA filtration, and a 99.5% effectiveness of antibacterial filtering.

These values ultimately make the BlueMyst BA1180WK True HEPA Air Purifier one of the best (if not the best) air purifiers currently available at its super low price tag.

As most other air purifiers on the market, the BlueMyst BA1180WK comes equipped with a digital touch panel that works as the unit’s electronic filter monitor. 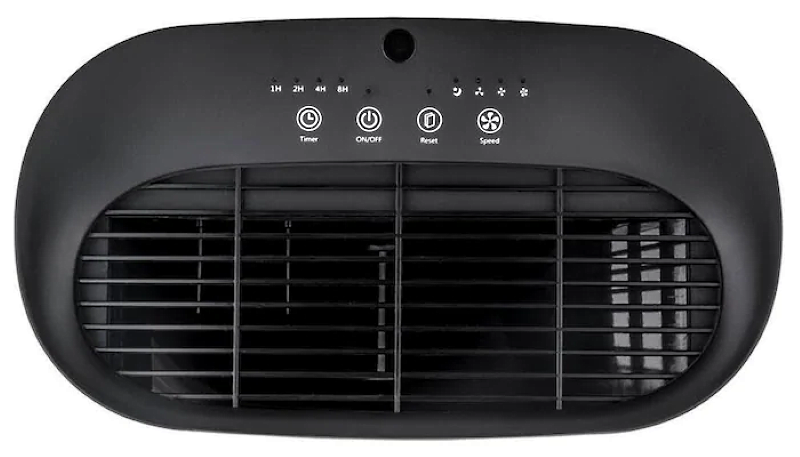 There’s also a filter replacement indicator LED light that informs users about the need to replace the air purifier’s 5-filter setup, which ultimately makes the unit’s maintenance an easy task.

Lastly, there’s also an included full-featured remote control (with an included battery) that can also be used to control the device. 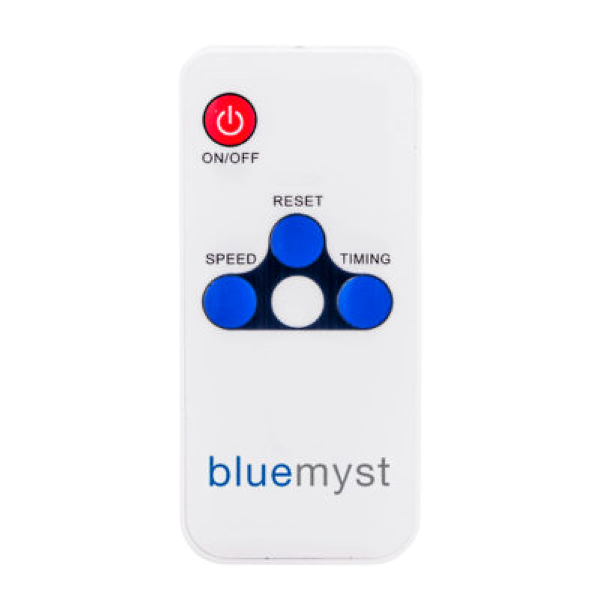 Those speed settings are Sleep Mode (which can be used to save some energy), Slow, Medium, and High.

The BlueMyst BA1180WK True HEPA Air Purifier is designed for rooms as large as 236 sq. ft., featuring a reliable HEPA filter that works in a 5-Stage HEPA Filtration Process to have the air purifier accurately deliver a deeper and more professional air cleanse within your home.

If you’re interested in buying it, each unit is currently going for just $130, coming with a 1-Year Warranty. You can order yours online right now, directly from Bluemyst’s official shopping page, which you can access via this link.

The BORA Centipede CK6S Workstand and CK22T Workbench Table Top make the ultimate heavy-duty workstation, which is fast to set up, stable and sturdy. While the BORA Centipede CK6S Workstand can support up to 2,500 lbs. of weight, the BORA CK22T Workbench Table Top can support a similar heavy weight load that can go up to 2,000 lbs., and this ultra-durable workbench also comes with plenty of dog holes, you can build just about anything on your Centipede Tabletop. Overall, the combination of this Workstand and Workbench Table Top provides you with the most flexible DYI workstation solution, making it perfect for your own personal (or business) workshop, for your workspace, or ultimately, for any job sites of construction work projects.
Read more
Home Gadgets

The VIZIO OLED65-H1 is a 65” 4K HDR Smart TV that features ultra-vivid color tones from up to a billion colors, as well as great shadows and brightness levels, all coming with extreme details in a 4K Ultra HD quality. With this high-end Smart TV you can easily improve your viewing experience for your favorite content, as you’re guaranteed to get a breathtaking picture-quality for any of your favorite streaming services, including Netflix, Hulu, Amazon Prime Video, and more. Furthermore, with support to HDR Gaming at 120fps, the TV's built-in eARC port makes this Smart OLED TV very "Gaming-friendly”. All that makes the VIZIO OLED65-H1 the perfect entertainment centerpiece for any family that’s enthusiastic about their Smart Home.
Read more
Home Gadgets

MAGFAST is a New Family of Premium Chargers and Power Banks