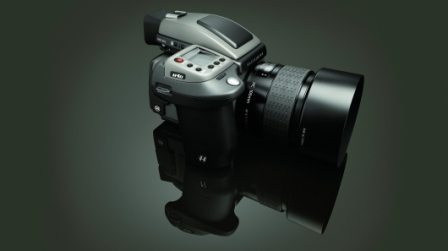 The 35mm equivalent, 40MP (7304×5478) professional digital SLR system has a huge 33 x 44mm CCD sensor which gives it “almost twice the capture area of the largest 35mm DSLR sensors”, comes complete with 80mm lens and viewfinder and records images in a proprietary 3FR lossless compressed RAW as well as 8 bit TIFF format. Modular in design, there’s a choice of three interchangeable viewfinders, a host of lenses and a range of accessories available. 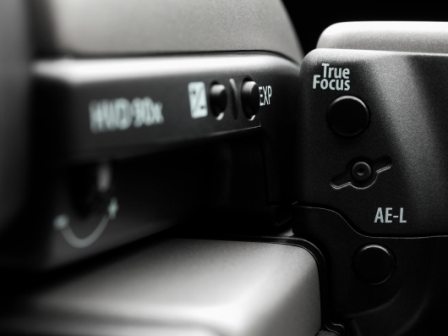 The H4D system includes a technology called True Focus which, Hasselblad claims, has solved problems often associated with accurate focus across the whole image when working with shallow depth-of-field at close range by using “modern yaw rate sensor technology to measure angular velocity in an innovative way. The result is the new Absolute Position Lock (APL) processor, which forms the foundation of Hasselblad’s True Focus feature.”

Said to have been many years in development, the APL system uses advanced positional algorithms to accurately log any camera movement during recomposition of shots and then issues commands to the lens motor to ensure precise focus. Hasselblad claims that further interrogation of data supplied by the HC/HCD lenses by the camera’s firmware offers additional focus perfection and that the system does all this without causing any shutter lag.

Digital lens correction complements the system by removing any trace of distortion, vignetting, or chromatic aberrations from an image and the Hasselblad Natural Color Solution (HNCS) is claimed to “produce outstanding and reliable out-of-the-box colors, with skin tones, specific product colors and other difficult tones reproduced easily and effectively.” 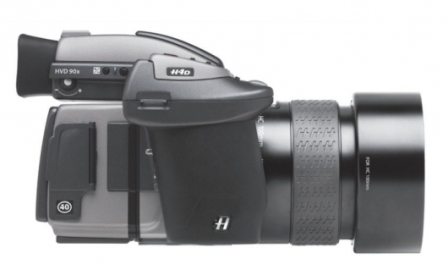 Exposure times range from 1/800 second right up to four minutes and ISO from 100 to 1600. Shots are stored on a CF card type U-DMA such the SanDisk’s Extreme IV, a 4Gb card holding about 75 images. Images can be transferred to a computer’s hard drive via the FireWire 800 port. Previewing and in-camera image manipulation is taken care of on the generous 3-inch, 230,400 pixel color display to the rear and off-camera tweaking via the supplied Phocus 2.0 software, which is compatible with both Mac and Windows. And power is provided by a rechargeable Li-ion battery.