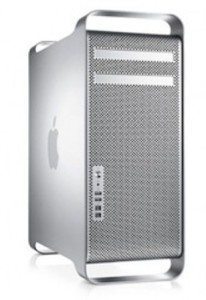 Rumors of Apple’s Mac Pro Intel hexacore refresh taking place in mid-March saw the leaked date come and go, leaving us – and, more importantly, the video and media pros waiting to upgrade their Apple desktops to the latest processors – still none the wiser as to when the flagship desktop line might be updated.  Now, according to information apparently from Intel’s distribution network, it seems possible that Apple could announce the new Mac Pro models at WWDC 2010.

That’s because Intel have apparently warned their partners that the six-core Xeon processor – aka the Core i7-980X – will only be available in limited quantities until the end of the quarter.  If the chip delay really is what’s holding up the
refreshed Mac Pros, that would put WWDC 2010 – taking place in early June – at the
ideal point for the new desktops to debut.