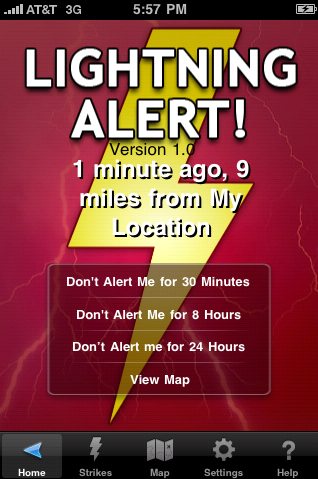 From June 21-July 5, 2010; MyWeather.com is donating 10% of PinPoint Lightning’s net sales to the Lightning Protection Institute, a non-profit lightning safety organization. The app is available via the iTunes store: http://itunes.apple.com/us/app/2010-pinpoint-lightning/id375144229?mt=8#.

Pinpoint Lightning uses patent-pending technology to identify a lightning strike’s location by latitude and longitude, and then determine the nearest street intersection. The app sends alerts – displaying the time of lightning strikes and their distance from the user’s current location. Immediately following these alerts the user sees a street level view of the most recent strike and a display with specific information; for example, “Lightning Strike, 1200 Main Street, 2 miles NW from Your Location at 2:06 PM.” 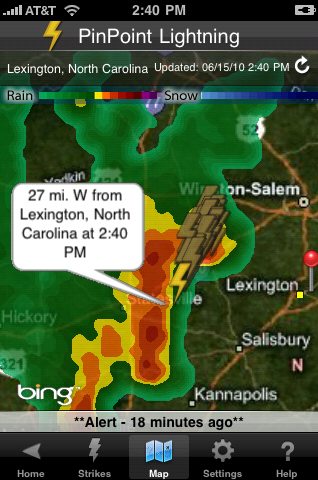 In addition to geo-located notifications, the app is equipped with animated local and national radar displays as well as various terrain options. With the ability to save up to 10 locations, this application helps individuals make informed decisions about lightning dangers not only for themselves, but for loved ones as well. (Note: The App is operational in the Continental U.S. and Canada only and where a data connection is available.) 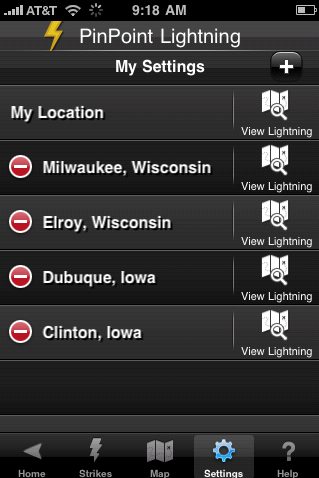 “Nearly 25 million cloud-to-ground lightning strikes occur each year and it takes just one to change someone’s life in an instant.” stated Terry Kelly, Weather Central Chairman and CEO. “Weather Central is proud to be on the cutting edge of safety with the very first geo-located lightning application. Whether you’re a parent, teacher, construction worker, coach, manager, pilot, golfer or grandparent, PinPoint Lightning will help you to make informed decisions during dangerous weather situations.” 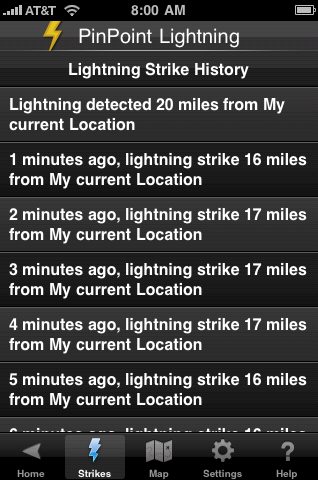 Lightning is the most deadly weather event on the planet, surpassing both tornadoes and hurricanes in yearly death toll averages for the past 30 years*. During the first half of 2010, lightning has killed seven individuals and injured 69 others.** With severe weather season underway, it’s more important than ever to protect yourself and your loved ones from the dangers of lightning.