Back in May, funds were being raised to build Diaspora, a new open-source social network. Now, after a month of development at San Francisco’s Pivotal Labs, the first still and video images showing how it will work have been released.

The brainchild of four students from New York University’s Courant Institute, Diaspora will be a distributed, open source network, offering direct competition to Facebook. Because it would run off of each user’s computer, instead of through a Facebook-like central hub, users would have complete control over their own privacy settings. 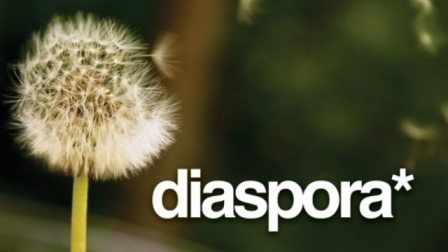 Throughout June, the team has been focused mainly on developing a system for passing various forms of information between users’ computers (or “seeds”, as they call them). The system now has functioning real time message passing, wherein all of user’s friends receive a message as soon as that user posts it on their seed. Likewise, as soon as any of those friends comment on that message, their comment is instantly sent to the original poster and all the other original recipients.

The team also reports that plug-ins for features such as chatting and gaming should have rapid two-way functionality, thanks to the implementation of Ajax websockets.

The next stage of development will include the development of the encryption layer, and refinement of the user interface. The plan is to have the source code ready for distribution by September.